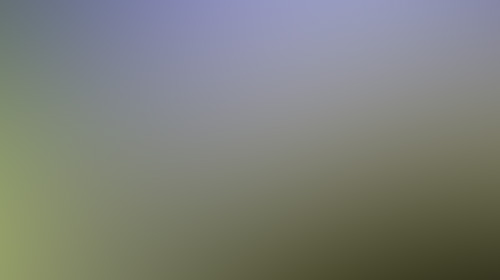 There are several aspects that can be broken down into the multi-level approach to intelligence analysis. One of the primary prerogatives is sociological impact. We know now from recent revelations that the hysteria created during the Orson Wells broadcast of “War of the Worlds” in 1938 was indeed intended to monitor the public’s response to an ominous announcement of an invasion from a hostile extraterrestrial civilization. Obviously the results were nearly catastrophic. The havoc created by that one radio play regardless of the numerous reminders that it was merely a Fireside Theater radio performance made little difference to a listening audience that had experienced pandemonium.

Military analysts as well as sociologists learned very quickly just how easily such a reaction could be provoked from the public at large under the aegis of a sudden disclosure of disturbing proportions. No doubt this became the frame work for the US Air Force’s official approach to the UFO frenzy that was about to descend upon the American public a few years later from 1947 on. The use of military style intelligence strategy during Roswell ranged from disinformation to outright threats of physical violence. Mack Brazel was held in communicado after bringing artifacts from the UFO crash that occurred roughly 75 miles north of Roswell on that week in July 1947. Brazel was even coerced into retracting his statements on the local radio station by military interrogators.

Decades later researchers found that old base operation records at Roswell Air Field had been illegally destroyed once the DOA under the direction of Representative Steven Schiff, who vowed to settle the Roswell UFO mystery once and for all. It is clear that intentions were to scrub the Roswell incident from all sources possible and for years to come in order to marginalize any claims of the crash of an alien disk on Mack Brazel’s ranch on that stormy July evening in 1947. General Roger Ramey’s cover story of a weather balloon was implausible at best, but it served to quell the sensation of the initial Roswell Airfield public information release to the local radio station authorized by Base, Commander Butch Blanchard, who had ordered Lieutenant Walter Haute to deliver it. Thanks to quick thinking and the implementation of counter intelligence techniques the accidental disclosure of an alien crash in the New Mexico desert was conveniently thwarted.

During his tenure with Project Blue Book as a technical advisor, Astro Physicist, Doctor J. Allen Hynek used disinformation tactics under the direction of US Air Force high command to help derail any spectacular UFO sightings that could possibly alarm the public or divulge the existence of extraterrestrial life before the federal government and the Defense Department were ready to do so. Using such mundane explanations as swamp gas and the planet Venus, Hynek was usually able to head off any undue suspicion or detailed investigation by the mainstream media with few exceptions. Thanks to the intended marginalization of Project Blue Book by the Robertson Panel in 1953 another aspect of military intelligence was utilized known as compartmentalization. While Project Blue Book was transformed into a PR front for the Air Force the more serious cases that posed a threat to the policy of secrecy were funneled up the ladder to Wright Patterson AFB for further investigation.

With the occurrence of still further crash events and dramatic UFO sightings to come, the US Air Force, CIA, and FBI along with other intelligence branches of the armed services were refining their approach to mitigation of the flying saucer dilemma. Fast response teams were formed, a policy of harsh intimidation was adopted onsite, and witnesses were discouraged or escorted from areas that were cordoned off as soon as possible. First hand witnesses at crash sites were quickly exposed to interrogation style treatment by military authorities to further intimidate and promote reluctance by the public to persist in reporting what they saw. Even military personnel ordered to respond to crash sites and conduct interviews of witnesses were they themselves subjected to denial, repudiation, aggressive debriefings, and even threats.

Pursuing lights in the forest

As the security personnel at RAF Bentwaters Strategic Air Command Base in Great Britain were soon to find out after several nights of chasing unidentified lights through the nearby Rendlesham Forest, security strike teams were subjected to hostile interrogations as well as mind altering drugs to scrub their memories. Some researchers say that one or more of the security personnel at Bent Waters came in contact with an alien presence after chasing down one ebony colored craft that had a sleek angular design. The security officer was reportedly stunned into unconsciousness while his companion registered missing time during the course of the bizarre event. Others, such as Colonel Halt, reported one alien space craft they had tracked accelerating skyward and splitting into multiple objects that displayed bright colors.

Authorities involved such as Strategic Air Command’s intelligence branch and the British Int. Corps as well as the infamous M15 counter intelligence corps, who both used disinformation and denial to try and delegitimize any shred of truth that could have leaked to the public in the aftermath of the incidents. Such staged explanations as a supposed Apollo Mission recovery operation happened to be going on simultaneously as well the misidentification of a nearby lighthouse beam mistaken by Bent Waters security teams were used as questionable explanations for the series of disturbing events that went on just outside the perimeter of a SAC base that was later disclosed to have been harboring a secret nuclear weapons arsenal!

Perhaps as has been the case at Sandia Weapons Storage and the Manzano Underground Facility at nearby Kirkland AFB in Albuquerque, New Mexico where frequent UFO sightings have occurred, RAF Bentwaters too became a focal point due to the unknown presence of their nuclear stockpile. Yet, ongoing intelligence operations were keen on maintaining secrecy at all costs even if it involved scrubbing the minds of their own base officers in order to conceal the truth. It seems that the intelligence game is just as ruthless as the enemies that it supposedly exists to counter in the event of a cold war or the outbreak of hostilities. Yet, the long legacy of military intelligence and the flying saucer will most likely continue for some time until a sincere effort at disclosure has been unveiled to the public.

In Part IV we will discuss some of the more regrettable actions taken against individuals considered a threat because of their disclosure of UFO evidence and the intelligence tactics used against them.