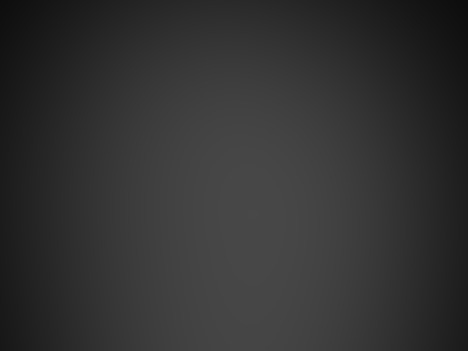 A second plot was discovered during President Kennedy’s trip to Miami on November 18, involving an attempt “From an office building with a high-powered rifle.”  The attempt was discovered on November 9, connecting Willie Somerset and right-wing extremist Joseph Milteer.

Early events of the 1960s “foreshadowed” the evil to come.  “During the 1950s, an estimated three thousand salaried and contract CIA employees were engaged in propaganda efforts.  One of the biggest initial supporters was Philip L. Graham, publisher and owner of the Washington Post.”   At the end of June, 1963, Phil Graham was dead from a small-bore shotgun wound to the head.

If you missed Part I of this article click here!

“Anybody can commit a murder, but it takes an expert to commit a suicide,” said legendary CIA asset William (“Bill”) R. Corson.

Under the direction of the wicked Dr. Sidney Gottlieb, the CIA Technical Services Staff (TSS) utilized and experimented with a “huge arsenal,” comprised of:

#  Drugs and other mind-altering substances, that were given to “unwitting victims” for suicidal depression, brain tumors, cancer, death “from natural causes.”

#  “No trace” toxins, undetectable poison darts that could cause a fatal heart attack, programs such as MKULTRA, Artichoke, Paperclip, MKNAOMI. 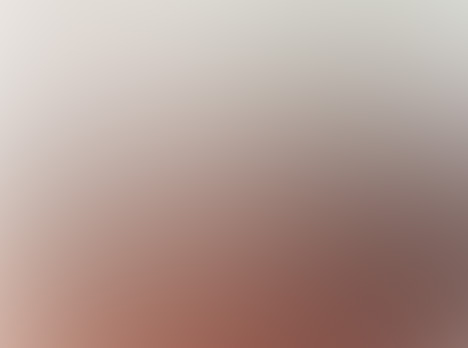 Dino Brugioni testified at the Assassination Records Review Board

NPIC photo experts Dino Brugioni and Homer Mahon, in a 1997 interview at the Assassination Records Review Board (AARB), were “blunt…staggering”:  (as to how many shots were fired) “About eight shots…three different directions, at least…”

“There is a very prominent lady here in Washington who knows too much about the Company, its Cuban Operations, and more specifically about the president’s assassination.”

In a startling conversation between Bernie Yoh and James Angleton in 1980 (Yoh ran Accuracy in Media: a mouth piece for extreme right-wing views) that he had captured Mary Meyer’s private diary.  “It’s her diary” Angleton said, and he gave a copy to Yoh (Bernie Yoh in a telephone interview by Leo Damore in October 30, 1990).

“That woman that was killed in Georgetown,” Angleton said, “I took care of everything.”

William L. Mitchell, a former member of the Army Special Forces kill team as a domestic component for the CIA and the National Security Agency, took orders from the CIA’s Domestic K Office (Mitchell’s residence at 1500 Arlington Boulevard in Arlington, Virginia was a CIA safe house); Mitchell confessed that in September 1964, he became part of a “surveillance team” that was monitoring Mary Meyer.

Leo Damore quoted the diary: “She went to husb + husb to Angleton…her (something) too strong + too powerful.”

Janney goes into great detail on how the CIA operation took place on the day of Mary Meyer’s murder, utilizing decoys, camouflage, radios, and a “highly trained assassin.”

“The answer, of course, was that the CIA operation was in control of everything.  Once Crump had become the designated patsy, the team knew where he was,” says Janney, “and what he was doing at all times, and especially what he was wearing. They had gone to great lengths to duplicate his clothing for the man standing over the body, who was to be seen by Wiggins.”

Janney reveals that the telephone call that Mary’s brother-in-law, Ben Bradlee, received on the day of Mary’s murder was not just a “CIA friend,” but was in fact Wistar Janney, an employee of different directories in the Agency during the 1950s and 1060s (including the Office of Current Intelligence [OCI]). Bradlee recalled getting the call about 2:00 p.m. or 2:30 p.m.  That also was the time the corner had arrived at the murder scene.

“Was it possible that his call to Ben Bradlee ‘just after lunch’ was designed not only to notify him of the event,” says Janney, “but begin the final piece of the ‘operation’—establish the identity of the murder victim?”

Jacob G. Hornberger, president of the Future of Freedom Foundation, took issue with writer Nina Burleigh’s review of Janney’s research into Mary Meyer. Burleigh published a critical review of Janney’s book at The Daily Beast in which she insinuated that the alleged killer Raymond Crump did kill Mary Meyer and that the assassin William Mitchell was not involved (A Very Private Woman, 1998).  Burleigh criticized Leo Damore’s telephone conversation with Mitchell as nothing but “hearsay on hearsay and Damore isn’t alive to relate the details of his purported telephone conversation.” 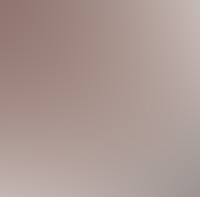 Founder and President of the Future of Freedom Foundation“

But what I found fascinating, “ said Hornberger, “is that Burleigh failed to confront the other half of the problem: even if Mitchell wasn’t the assassin, there is still the problem of his possibly having been a fake witness who provided manufactured and perjured testimony in a federal criminal proceeding.”

Hornberger was suspicious of Burleigh’s failing to address William Mitchell by name, and he researched her book to possibly find out why.  It was apparent that Burleigh simply referred to Mitchell as “the jogger” and did not mention his name.  The other witness, Henry Wiggins Jr, is mentioned, however; why the distraction away from Mitchell?

“We should keep in mind that a criminal-justice system depends on the integrity of the process,” said Hornberger.  “If one side or the other feels free to use fake witnesses and perjured testimony with impunity, knowing that no one within the government will ever investigate or prosecute it, then the entire criminal-justice system becomes worthless or, even worse, tyrannical.”

(Steve Erdmann continued to be suspicious of the many convenient deaths or disappearances of witnesses of varying degree and substance.)

Likewise, Janney-critic, Jim DiEugenio said that the book was full of errors and exaggerated investigation, often relying on less than credible testimony (in Janney’s favor, however, these DiEugenio remarks make one tend to thoughtfully ask: what was the history of the CIA Operation Mockingbird? [SE]):

“After long and careful textual and source analysis, what does this book rely on to advance its theses?  It relies on people like Damore and Truitt who…simply were not reliable in the state they were in. It relies on a chimerical ‘diary’ that does not exist, and which the best evidence says was really a sketchbook.  It relies on so-called CIA documents that are demonstrative fakes originating from a proven forger.  It relies on a man like Leary whose story only surfaced 21 years later after he had somehow missed 25 opportunities to tell it.

“Like a contemporary Procrustes, the author then distorts the major characters to fit into his agenda.  If one recalls from Greek mythology, Procrustes was a bandit from Attica who would abduct people and then either stretch them or crush them to make them fit into an iron bed. This book stretches Mary Meyer beyond recognition, and crushes JFK beyond recognition.  It elongates Crump and then crushes Mitchell to fit into that iron bed.  The combination of its dubious information plus the distorted character portraits makes the volume look less like a book than a 17th century phantasmorgia.”

DiEugenio  (unfortunately) alleged that in an earlier version of the book, Janney was possibly also including in Kennedy’s visions for the future, secrets about UFOs and extraterrestrial beings (though, in Steve Erdmann’s purview, this would not have been that totally unsustainable), and even extending testimony from further unreliable sources, such as “serial fabricator.”

(Author and researcher Seamus Coogan went through a ‘thunder jug’ series [a confusing kaleidoscope of intrigue and UFO events] of mysterious mentions and possible hoaxes of CIA, military intelligence personnel, findings by UFO researchers–such as Mark Pilkington and scientists such as the late chemical engineer Dr. Leon Davidson–who have, as yet [along with many other serious researchers], no real top or bottom to their findings.  Speaking characteristically of the first famous ‘flying saucer’ report of Kenneth Arnold:

“Thus it wasn’t just many designs that had been tested, but technologies like radio control that were still relatively unknown to the post war public that had been explored for decades before the Arnold sightings on June the 24th, 1947.  This started the modern day UFO phenomena.  Whether the objects he saw that day were an alien entity, an infamous Vought ‘flying flap jack’ XF5U or a VI73, as Pilkington and Davidson say Arnold saw, some variation of the Northrop or a captured German Horten HO IX model, a prototype glider, or a UAV. All this is open to debate.”)

The ending of the book is Janney’s description of the CIA culture as seen in and through the world of “multinational corporations,” including beginnings in the CIA’s Operation Paper-clip (and also “Operation zipper” pertaining to Kennedy’s murder [as written by CIA assistant deputy director Robert T. Crowley]).  As Crowley told author Gregory Douglas:  “…she made the mistake of running her mouth…she was threatening to talk.”

Wistar Janney was an “ideal go-between, someone who could contact, signal, or coordinate, among all three men: Angleton, Brad Lee, and Cord Meyer,” according to Peter Janney.

Peter Janney came to know these CIA men as living “in a world that answered to no authority” which mocked the lobby slogan and motto at Langley:  “Ye shall know the truth and it shall set you free.”

“But it was nothing more than window-dressing, camouflage for ‘the ends justify the means’—the CIA’s true, unwritten code for dealing with anything, or anyone, that happened to inconveniently get in its way. And so it would be with Mary Pinchot Meyer.”

“Perhaps the most chilling aspect of this mesmerizing book is the detailed and convincing manner in which it reveals the suffocating power of the official JFK assassination cover-up imposed by the U.S. government immediately after his death – the power to manipulate the media and to steal documents; the willingness to manipulate the judicial system by aggressively attempting to frame an innocent man for a crime he did not commit; and even the willingness to commit murder to silence one brave and respected citizen who was about to publicly oppose the sham conclusions of the Warren Report.   Mary Meyer paid for her bravery – and her loyalty – with her life, but Peter Janney has rewarded her courage by publicly revealing, for the first time, the true and complete story of her relationship with President Kennedy during the fateful final year of his life.” (Douglas P. Horne, Chief Analyst for Military Records, The Assassination Records Review Board [ARRB] and author of Inside the Assassination Records Review Board: The U.S. Government’s Final Attempt to Reconcile the Conflicting Medical Evidence in the Assassination of JFK., Vols. I-V.

“After Dallas, amid utter horror and shock, Mary had taken it upon herself to discover and make sense of the truth of the conspiracy that had taken place—only to realize the magnitude of the second conspiracy, a cover-up taking place right before her eyes,” continues Janney. “There, in her diary, she had reached an understanding—not only of the evil that had taken place in Dallas, but of the villainous darkness that was enveloping of America.”