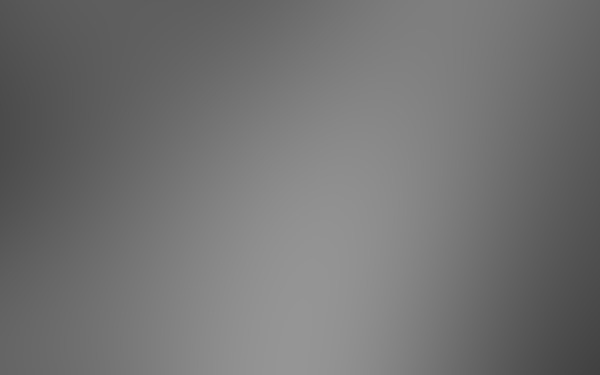 On a chilly October 12, 1964 Monday morning, Mary Pinchot Meyer, a high-society socialite, (and also discovered paramour of the late assassinated President John F. Kennedy) became an assassination victim herself during her customary early morning walk to her art studio.

“There was nothing pretty or easy about waking up early one morning in 2006 and finally realizing that my own father—Wistar Janney, a career high-level CIA officer—had been involved in the ‘termination’ of Mary Pinchot Meyer, someone I had grown to love and care about,” says Peter Janney.  “Yet there is another horror in the death of Mary Meyer, a horror that reaches far beyond the personal.  It is the intimate and undeniable connection between her murder and that of her lover, President John F. Kennedy, on November 22, 1963 in Dallas, Texas.”

For more information or to purchase this book from AMAZON.COM simply click on its title:  Mary’s Mosaic: The CIA Conspiracy to Murder John F. Kennedy, Mary Pinchot Meyer, and Their Vision for World Peace

Janney begins an excursion through the arrest and trial of a young twenty-five-year-old Raymond Crump, Jr., the accused murderer of Mary Meyer.  Under the skillful counsel of defense attorney Dovey Roundtree, Crump’s attorney was able to disintegrate the accusations and charges brought against her client.  Despite prosecution’s determined “declaration of war” on Ray Crump, Roundtree meticulously dodged and rebuffed the prosecution’s manipulations of justice.  On Friday, July 30, 1965, the jury found Raymond Crump, Jr., not guilty of the murder of Mary Pinchot Meyer.  Yet, Roundtree had discovered a deeper mystery in the forensic history.

Janney explains: “Dovey Roundtree never abandoned her belief that Ray had been a scapegoat, a ‘patsy,’ who had been set up to take the fall. ‘So far as I am concerned,’ wrote Roundtree in 2009, ‘there is in the complex and tangled web of certain truth and unconfirmed rumor, of the inference and speculation and intrigue that surrounds the life and death of Mary Pinchot Meyer a single critical fact: Raymond Crump’s innocence in her murder.’” 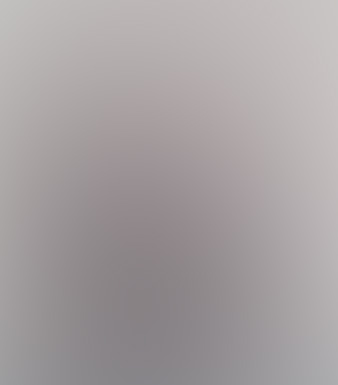 Joseph W. Shimon floated in the highest of government circles.  He was a special White House Aide, Washington Police Inspector, liaison to the CIA, U.S Attorney’s office, U.S Secret Service, the Mob, and an official assassin:

“People are eliminated,” said Shimon to his daughter in the spring of 1965.  “Honey, you don’t know how many people are just eliminated, just on the operating table alone.  They just need to be disposed of.   And don’t ever believe what you read in the newspapers. It’s all made up…among my many jobs, I used to kill people.  The government hired me to kill people. It’s a job…you have to, if that’s what you’re told to do.”  (Shimon, interviewed by Peter Janney, February 15, 2007.)

Roundtree further pondered the mysterious phone calls she received, the disappearance of a stalled Nash Rambler and an accompanying “repair order,” as well as the mention of “Mary’s diary having been sequestered by the CIA all these years,” linking Mary’s affair with the assassinated president.

“Who, then, was the man that Henry Wiggins had seen standing over Mary’s corpse less than fifteen seconds after the fatal second shot was fired?” asks Janney.  “His pristine, unstained clothes appeared to match the clothes worn by Ray Crump that morning.”

Janney says that achieving a “new level of understanding in the case” would include a look at “a number of heretofore unseen details, events, experiences, and people.”  (p. 144.) 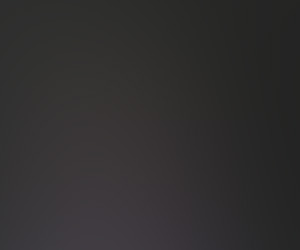 “Another author, Leo Damore, met with Janney in 1992 while working on his own Meyer project.  Damore had written a bestseller about Senator Edward Kennedy and Chappaquiddick, and he was hot on the trail of Meyer’s killer, or so he confided to Janney.  Damore never finished his book, however.  In 1995 he committed suicide.  Years later, Janney bought Damore’s research files, using them as the basis for ‘Mary’s Mosaic.’

“James H. Smith, a Falmouth lawyer, was among those encouraging Janney to keep digging.  Smith worked for the Kennedy family years ago and knew Damore well. Now 82, he never believed the Warren Commission’s version of JFK’s murder, says Smith today, and finds nothing outlandish in Janney’s the-CIA-did-it scenario.

Mary had several suitors before her death.  One such admirer was Robert (“Bob”) L. Schwartz who was a young naval officer and a journalist who came to know Mary as a very idealistic woman and a pacifist, but ultimately called her “a prima ballerina assoluta.”  “She was what women were meant to be,” said Schwartz.

Cord Meyer, “a charismatic war veteran,” Yale graduate, congressman, dated and eventually married Mary Pinchot.  Cord decided to work for the Central Intelligence Agency (CIA) in the Directorate of Plans in 1951, “the CIA’s most secretarial division dedicated to the manipulation of world order.”

Janney says:  “Somewhere in the bowels of the Washington E Street offices of the newly formed CIA, Cord Meyer transformed all his poetic, insightful visionary wisdom into perfecting schemes and strategies for America’s greater power and control, the often subtle but effective attempts at world domination—no matter what the cost.”

Mary felt a disdain for the CIA and its “mission.”  Janney quotes an anonymous source:  “Mary absolutely detested Allen Dulles and everything he stood for.  She compared him to Machiavelli, only worse.”  (p. 184.)

Cord and Mary grew apart, possibly due to Cord’s alcoholism, possibly due to Cord’s obsessive life in the CIA, but also due to Mary’s affair with (in his appearance only) “Italian noble” Jean Pierre.  The Meyers were divorced.  Shortly following these events, Michael Pinchot Meyer (the son) was hit and killed by an automobile driver.  During these sordid circumstances, Cord  became director of the CIA’s black project: Operation Mockingbird. 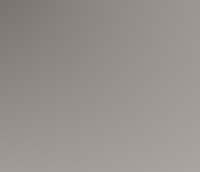 October 12, 1964 – Mary Pinchot Meyer is murdered in broad daylight on the C & O Canal towpath in Georgetown, three weeks after the release of the Warren Report.

The CIA did not take kindly to an expose’ of their media control operation in Ramparts Magazine.  “CIA operative Edgar Applewhite was ordered to operate a campaign to smear the publication and then tender it financially bankrupt,” says Janney.  (p. 192.)

Further CIA conquests included the CIA surveillance of Alfred McCoy’s The Politics of Heroin in Southeast Asia.  The book revealed that American intelligence had collaborated with the drug trade dating back as far as World War II.  CIA involvement extended about the globe resulting in the “death squads” in Central America (p. 195).  Janney talks about a “CIA-led assassination campaign throughout Southeast Asia, Operation Phoenix, (which) made matters even worse.” 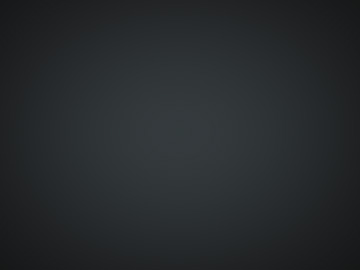 Mary’s friends Anne and Jim Truitt began an interest in psychedelic states of consciousness and, according to Jim Truitt, Mary first experimented with psychedelics in 1958, but Janney says a legendary Alfred M. Hubbard (a former World War II OSS agents, uranium entrepreneur) “first introduced her to such exploration.”  Dr. Oscar Janiger, a Los Angeles Psychiatrist, was also a member to Hubbard’s visits.  Hubbard was very distrustful of the CIA’s exploration of LSD.  “The CIA work stinks,” said Hubbard, “they were misusing it…when they were killing people, you couldn’t tell them a goddamn thing.”

Janney says:  “In addition to the CIA, the U.S Army, and Britain’s M16 all had a keen interest in using LSD and other hallucinogens for chemical warfare, in what they hoped would be ‘mind control.’”  In one incident, in 1951, the CIA’s Fort Detrick, Maryland had used a crop-duster airplane to cover the town of Pont-Saint-Esprit in Southern France with an aerosol of LSD.  “Four people committed suicide before the trauma subsided.”

Frank Olson, a CIA chemical warfare expert, became, in the eyes of his peers, a “security risk” and was supposedly thrown out of his tenth-floor hotel window.  It was in his world of high-society intrigue, that Mary’s drug interest expanded.

It was suspected that Mary visited Timothy Leary, the LSD guru, during the early 1960s.  That interest would become entwined with her friendship with Jack Kennedy.

Mary became Friends with her neighbor Jack Kennedy starting somewhere about 1957.  Over a number of years, that friendship turned into a closer attraction.

“Mary’s primary attraction for Jack may have ultimately been trust—in the end,” says Janney, “love’s most powerful aphrodisiac.” 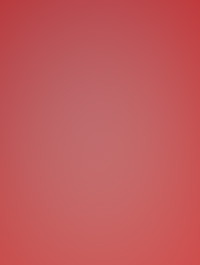 Richard Helms: The man who kept the JFK secrets

Mary contacted Doctor Timothy Leary about his research and connection to the Harvard Psilocybin Project.  “Leary depicted Mary Meyer,” says Janney, “as a kind of missionary for the ascension of world peace through the sagacious use of hallucinogens…an opportune mind-altering experience in the lives of powerful political figures, specifically the leader of the free world…”

Leary’s harassment by the government and his eventual arrest and imprisonment only temporarily stifled his investigation of the murder of his Friend, Mary Meyer.

“Upon his release from prison in 1976, having read the National Enquirer expose’ about Mary’s affair with Jack published earlier that year, Leary would attempt a second investigation of Mary’s murder,” says Janney, “after coming across a copy of Deborah Davis’ book Katharine the Great  at the home of his friends Jon and Carolyn Bradshaw.”

According to Janney, the Meyer-Kennedy affair began around January, 1962 and perhaps earlier. Both Meyer and the Kennedys, Jack and Bobby, had a growing distrust of Allen Dulles and his increasing exploits, including the Cuban Bay of Pigs, Operation Northwoods, and other nefarious CIA shenanigans.

“Mary’s longtime commitment to world peace, coupled with Jack’s broadening insight that peace, not armed conflict,” says Janney, “was the right path forward, inevitably made an important asset. After the Cuban Missile Crisis, the President’s evolving political trajectory would increasingly isolate him from his own National Security Apparatus.”

During the Cuban missile crisis, both the U.S military and the CIA, says Janney, were secretly operating unilaterally doing whatever they could to intensify tensions that could ignite a war.

“But in the shadows, evil was very much alive, stalking not only the republic but the president,” says Janney.  “Not only were the Joint Chiefs of Staff enraged that Cuba had been attacked, but were also indignant that Kennedy had made concessions to Khrushchev.”

Author and researcher Leo Damor told Janney about a confidential source who revealed that Mary and Jack Kennedy had taken “a mild LSD trip” in the summer of 1959. Following this episode, Kennedy pushed for a Nuclear Arms Treaty.

SECURITY OF THE SLAVE

Mary Meyer and Jack Kennedy’s new found philosophy of world peace could be seen in his address at American University, dubbed his “peace speech”:  “Not a Pax Americana enforced on the world by American weapons of war.  Not the peace of the grave or the security of the slave.  I am talking about genuine peace, the kind of peace that makes life on earth worth living, that kind that enables men and nations to grow and to hope and to build a better life for their children—not merely peace for Americans but peace for all men and women – not merely peace in our time but peace for all time.”

An assassination attempt on Jack Kennedy was planned for November 2, 1963.  The plot would entail multiple gunmen, and a designated patsy, ex-marine Thomas Arthur Vallee.  Like Oswald, Thomas Vallee had also served at a U-2 base in Japan under the Joint Technical Advisory Group (JTAG), the CIA’s code name for its U-2 spy plane surveillance unit.  Like Lee Harvey Oswald, Vallee “found work” in the fall of November, 1963 in a building next to a L-shaped turn on  the route of the Presidential motorcade.  The plot, however, was foiled.

For more information or to purchase this book from AMAZON.COM simply click on its title:  Mary’s Mosaic: The CIA Conspiracy to Murder John F. Kennedy, Mary Pinchot Meyer, and Their Vision for World Peace