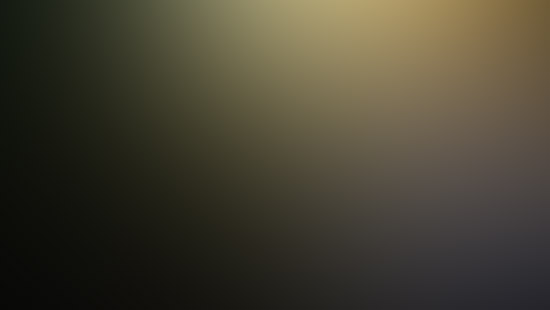 Jesse Ventura, former professional wrestler, actor, author, former Governor of Minnesota, and conspiracy theorist told talk show host and fellow conspiracy theorist Alex Jones that Bell “dropped several bombshells” during the interview which dealt with such topics as Dr. Bell’s work as a consultant to a death ray project.  Bell had stated that after he left his work as a NASA rocket scientist, he advised a team working on a “secret beam weapon,” a literal “death ray” that could cause great destruction.

Some conspiracists, familiar with Bell’s work, noted that he was considered an expert on Remote Neural Monitoring and Synthetic Telepathy and how it is being used covertly by the government.

Dr. Bell had disclosed that the secret agencies of the government had technology that had the ability to record people’s electrical impulses from their body and uplink them to a satellite.  A specific person under surveillance can be tracked anywhere and his/her thoughts can be read and even reprogrammed remotely.  According to Bell, the symptoms of electronic harassment may include unusual forgetfulness, suicidal, or homicidal thoughts, panic attacks, depression, and paranoia.

“Confusion weaponry” uses frequencies or impulses to disrupt thoughts. Bell also warned about the advancement of satellites, which can knock things out of the sky with EMP pulses.   Law enforcement is developing devices to remotely shut down the electronic ignition of cars they’re chasing.

According to certain of our correspondents, Bell’s fiancée was with him in the hotel room the morning he died.  He was carrying some coffee when he suddenly fell to the floor and began making odd noises.  His fiancée called for help, and Bell was taken to a nearby hospital where he was diagnosed with an enlarged heart.  The doctors were unable to help him, and he was pronounced dead.

Jesse Ventura was quoted as saying that every once in a while some thing happened to him that shakes him to his core.  Dr. Fred Bell dying two days after their interview, he noted, was one of those moments.

“The coroner says it was ‘natural causes,’” Ventura said.  “Maybe it was, but it seems like a lot of people involved with death ray technology end up dead.  Is the death ray used as a weapon?  Was it used to take down the towers on 9/11?  … I don’t know, but it is the most logical explanation I’ve heard so far.”

We were shocked to learn of the sudden death of our longtime friend and associate Dr. Bell.  He was the subject of The Promise, a novel based on Bell’s life and work, written by Brad, The Fellowship, a nonfiction study of UFO contactees ( written by Brad and edited by Sherry) featured Dr. Bell; and Starborn, also written by Brad and Sherry, made reference to his work.

Dr. Bell was working on The Inside Track, a book to “pull the lid off of everything” currently held secret by “the Powers that be.”

Dr. Bell was a practicing naturopath, scientist, environmentalist, and political activist, who worked worldwide with programs for autistic children and other mental and physical problems that affect the growth factor of our young.  He spent 20 years with the National Health Federation, a U.S. based group that has promoted an individual’s freedom to choose the type of health-care, as well as the various vitamins, minerals, and dietary supplements that work best for them.

Dr. Bell invented the famed and patented Nuclear Receptor.  One of his most recent inventions, the Andromedan Holographic Projector, allows the operator to manipulate space and time conditions.  Another of his latest inventions, the X-1 Healing Machine, allows the human body to heal itself in a matter of seconds instead of taking several months.

The concept of the X-1 Healing Machine was developed as an add-on to the original Depolaray Machine developed by Thomas Holson and Fred Hart in1947.  Victims of electronic harassment can use one of his recent inventions, the QBAM (Quantum Biological Administrating Machine), a quantum healing device, which employs counteraction technology to block energy or absorb microwave radiation. According to his official biography, his father was a scientist who worked with the late Henry Ford, Sr.  His great uncle on his father’s side was Alexander Graham Bell, and on his mother’s side, he was a direct descendant of Ethan Allen, the folk hero of Vermont during the American Revolution.

Dr. Bell speculated that as a result of this “strange genetic gene pool,” he had a tendency to be a “revolutionist with wild and crazy ideas…… a bit of an eclectic eccentric.”

Dr. Fred Bell was propelled into science at a very early age.  At age 14, he was not only working at the University of Michigan on nuclear energy projects, but was also inducted into the U.S. government’s notorious CIA project called “MK ULTRA.”  This early (and Top Secret) mind-control research covered such topics as past-life regression and the popular remote viewing techniques used today by the CIA and other intelligence gathering factions worldwide.

While working at the University of Michigan, Dr. Bell had the privilege of working under the mentorship of Dr. Katz, a German scientist who came to the U.S. after World War II.   Dr. Katz was brought to the United States in secret, along with such German scientists as Wernher von Braun, under the U.S. government’s highly secret program Operation Paperclip.

At 16 years of age, Fred Bell interned at the United States Army Biological Weapons Division in Little Rock, Arkansas.  On his 17th birthday, he was transferred into the United States Air Force where he began working on highly classified projects, several involving early warning radar defense systems and the detection and tracking of extraterrestrial craft.

In the YouTube video linked below, Dr. Fred Bell goes into great detail describing his career in science and aerospace, including his direct contact with ET technology and with ETs directly.  Dr. Fred Bell answers the important question:

“Dr. Bell, Why Were You Contacted?”

After he left the defense sector, Bell began studying with Himalayan Masters.  During this time, he became internationally known as a contactee to a Pleiadean group of extraterrestrial humanoids who claimed to have come here to help the people of earth save themselves from their own destructive tendencies.  Dr. Bell claims to have been in direct contact with aPleiadean extraterrestrial called “Semyaza.”

This group of extraterrestrials who are called “The Pleiadeans”  allegedly came to Earth from a star system 500 light-years from Earth.  For this effort at direct contact with an alien race, a Russian society of cosmonauts (astronauts) awarded Dr. Bell the distinguished scientific progress award.

Just prior to the catastrophe of 9/11, Dr. Bell was working with Dr. Steven Greer in de-compartmentalizing the various agencies that are working inconcert with extraterrestrials on such projects as advanced propulsion systems and star wars weaponry.

This project, headed by Dr. Steven Greer, known as The Disclosure Project, was being presented to the United States Senate on the very day of the 9/11 Attacks in New York, over Pennsylvania and The Pentagon in Washington D.C.

What is an AS/PFN-35 Radar Guidance ALS?

The reader may well wonder how could an AS/PFN-35 Radar Guidance ALS be related to the collapse of the World Trade Center Twin Towers and the Pentagon attacks of 9/11?

The following is a description of the AS/PFN-35 Radar Guidance ALS (Automatic Landing System), courtesy of the Federation of American Scientists (FAS):

“The AN/SPN-35, installed on the Tarawa-class amphibious assault ships, is a computerized automatic landing system radar that provides precise control of aircraft during their final approach and landing.

The equipment can automatically acquire, control, and land a suitably equipped aircraft on aircraft carriers under severe ship motion or weather conditions.

The AN/SPN-35B is a short-range, three-dimensional, carrier-controlled-approach radar system used for precision landing approaches during adverse weather conditions.  The AN/SPN-35B may also be used for height-finding and radar surveillance of aircraft.

The AN/SPN-35B displays both azimuth and elevation data on a radar control-indicator enabling the radar operator to direct the aircraft pilot along a predetermined glide path and azimuth course line to a carrier-controlled-approach optical landing system transition point one mile from the ship.”

If the reader is still puzzled or bemused by Dr. Bell’s association of the AN/SPN-35 with the 9/11 Attack that brought down the World Trade Center Towers, the following phrase, extracted from the FAS description given above, may clarify the association and its implications:

directly to its LZ (“Landing Zone”) on ship or shore.

Today, more than four years after his mysterious death, those of us who cherished Fred Bell for his keen wit and fast friendship, as well as his high-charged intellect, still wonder if we have been told the truth about the loss of our friend.

It is an interesting and most curious coincidence that the name “Semyaza” is identical to the name given by the Pleiadean ET who contacted the renown Swiss UFO photographer of so-called “Pleiadian ships”, Billy Meier in the 1950s-60s. The name is also spelled “Semjase.”

Remarkably, the Plaiedean alien who was in contact with Dr. Fred Bell bears exactly the same name as one of the principal leaders of “The Watchers” (aka, “The Fallen Angels”) who are vividly described in “The Book of Enoch,”and is named as their principal leader.  Semyaza and another Watcher named Azazel are named as the ringleaders of an angelic ebellion that created the giants and other Angel seed-cum-Human hybrids.  Readers should also take note that Dr. Bell explicitly states that Pleiadeans may live for as long as 1500 years to several thousand years.

Click the link below to read The Book of Enoch:

Dr. Fred Bell’s Final Warnings to the World on Coast to Coast with George Noory

Dr. Fred Bell on Veritas Radio | The Inside Track … – YouTube