UFODigest.com » Aliens and UFOs » The mysterious rise of the Homo sapiens Part III 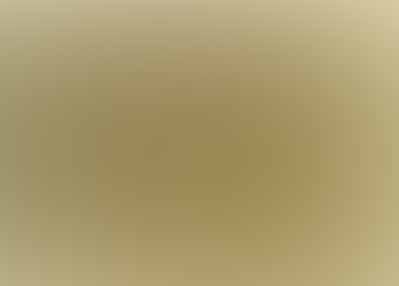 In a lecture given a number of years ago, Lloyd Pye outlines exactly why existing scientific dogma deceives those who are trying to comprehend modern man’s ascendance and rapid domination of earth. Here in Part III we will discuss the existence of abundant evidence today that tends to back Pye’s theory that modern science is lacking in its explanation of the origins of modern man. What if Homo sapiens (modern man) unknowingly or refuses to acknowledge that he still shares this planet with a certain species of supposedly extinct or upright walking ape or Neanderthal, thought to be long gone?

Startling sighting in the Sooner State

The following accounts will quickly erase any assumption that such fallacies remain intact over Man being the only upright walking biped that roams the planet. The year is 1974. As the news report goes, from Oklahoma comes this story. A little farm girl is awakened by the sounds of frightened live stock being kept in her family’s barn. It is early morning, still dark. The child gets out of bed and walks outside to the close-by building to see what the matter is. Upon reaching through the closed wooden barn door, her hands make contact with a furry hide. Thinking she is touching a farm animal, she continues to grope until she finds the light switch and flips it on. To her horror and amazement she gazes up into the eyes of a tall, hairy, creature, whose red glowing eyes startle her. She cries out in fear as the livestock inside nervously rustle about within the barn.

This report was broadcast on radio news networks nationally and served as a prelude to a UFO flap that occurred along the frozen northern border of the US states as breaches of SAC (Strategic Air Command) bases were reported from Minot to Grand Forks nuclear missile sites in North Dakota, Loring AFB in Maine, Wurtsmith AFB in Michigan, and Malmstrom Air Force Base in Montana. The seeming attack of aerial phenomena persisted over many days and nights even leaving strange depressions found in neighboring frozen lakes and farm fields in the deep snow, very possibly landing zones.

Beginning in 1967, came the bizarre story of the Minnesota Ice Man. While hunting on his farm land, a man spotted an odd upright walking creature he had first mistakenly thought was a bear near the dark tree covered bank of a creek. He first shot the creature with his rifle, then seeing it was mortally wounded once he had approached it, he fired another shot through the left eye, finishing it off. Realizing he had stumbled onto a find, he quickly immersed the corpse in a large container of water and froze the body. What he had discovered was a 6 ft. tall ape like creature. This is the account given by one Frank Hansen, explaining how he obtained the strange body that he began to exhibit at malls, carnivals, and side shows as the “Ice Man” or creature, as he displayed on signs.

Famous cryptozoologist, Ivan T. Sanderson, was intrigued enough to locate the creature’s next stop and proceeded to study the body through its icy tomb. After 3 hours of examination with Frank Hansen’s permission, but without taking any tissue or blood samples, Sanderson declared the oddity to be real, and promptly wrote an article about his findings that was published in Argosy entitled “Living Fossil”.

Frank Hansen travelled around making money displaying his Ice Man wherever the curious and spellbound would be searching, but something happened that frightened him. Unwanted attention began pouring in from the authorities who wanted more information. Doctors wanted tissue samples, prosecutors wanted details of the creature’s death, some people reasoned that the Ice Man might be defined as a human being and subject to the protection of the law, which called into question just what role Frank Hansen played in all this. Could he be arrested for shooting an innocent human being? Was he perpetrating a illegal hoax?

It is rumored that Hansen took an opportunity to switch the actual corpse with a dummy or primate mock up resembling the Ice Man so that rather than run afoul of the law, he was relegated simply to being a hoaxer who had done no harm to anyone. Yet, to people like Ivan T. Sanderson and Bernard H. Heuvelmans , cryptozoologist, this is a fascinating discovery that merits more study as they are convinced of its authenticity. In the end, Hansen, after being visited by law enforcement agents asking questions about the death and details of this bizarre find, supposedly pulls a switch in the middle of the night, with a replica, then makes an announcement at a news conference saying that the Ice Man is a fake! Still, to people such as Lloyd Pye, this story represents the fact that Big Foot is alive and well, coexisting alongside man in remote areas, and being accidentally sighted from time to time if not accidentally gunned down!

George Noory, former host of the radio talk show “Coast to Coast” was contacted live on the air by a retired Vietnam veteran who claimed to have shot and killed two Big Foot-like creatures in the Pan Handle wilderness of North Texas. Once again spotting what he and a hunting buddy thought was a bear, chased the animal in their truck, shot and wounded the creature, and then followed it on foot into a darkened creek bed that was heavily overgrown with thickets. Knowing they had wounded the animal, they followed a blood trail into the brush to put it out of its misery when they were suddenly confronted by another creature that turned about to be the female companion of their quarry. In self-defense he shot her as he was convinced he would have been killed.

Now the two men were faced with 2 bodies killed by their own hand, not knowing what the authorities would interpret the event as whether it was an accidental homicide, man slaughter, or actual murder. The hunter told George Noory that he and his friend argued over what to do with the bodies all night long until near dawn when they finally buried the two corpses. He admitted feeling guilt over the incident, not knowing if he would be legally held accountable, and not wanting to get his family involved. Noory tried to persuade the hunter to at least divulge the location of which the man said he had the exact navigational coordinates, but would want a guarantee of immunity and anonymity over the incident should he decide to cooperate.

A prosecutor came onto a later show telling the hunter he would guarantee the man immunity from legal charges, but the hunter said he was retired and did not want any of this to affect his family and still had to decide whether he wanted to go further in cooperating with disclosure of the location of the buried bodies. One forensics expert had commented that in a creek bed and after the amount of time that had passed since the supposed burial that erosion and scavenging may have already compromised the site. I did not get any further details over the incident, but these isolated circumstances have been recorded in history from the nineteenth century forward by settlers and American Indians giving these strange accounts.

According Lloyd Pye’s findings, the fact that Neanderthal still exists in the form of the reported Big Foot, Sasquatch, Yeti, and other various bipeds described in random chance sightings, this fact alone contradicts scientific theory of modern man’s origin as being terrestrial and an example of superior evolutionary survival of the fittest. Pye feels that there is an artificially minute gene splice and insertion into Homo sapiens that distinguishes modern man from Neanderthal, other upright walking apes, and primates of the past. We might want to call this the “Pye Paradox”.

Only in certain superficial similarities does man share traits that are purely physical with one caveat. In brain size and in the resulting shape of the skull, in all cases, the Homo sapiens exhibits superior dimensions of a brain encased in a cranium that must house it. Yet, Neanderthal is the only species of bipedal individual who actually has a larger brain, perhaps close to a 10% difference in volume. That is a bit startling in view of the fact that Homo sapiens dominated the earth despite competing against a more robust biped with a slightly larger brain, capable of negotiating the landscape of the planet with greater ease than modern man, who proves to be less physically equipped to exist in deep dark jungle, swamp, tangled forests, or extremely high mountainous regions. It seems that this is a blatant contradiction to evolutionary theory as well.

Once again, in pointing out these facts, the mysterious origin of modern man (Homo sapiens) becomes increasingly problematical in using conventional scientific wisdom to explain away. This leaves only two intervention scenarios beginning from 120,000 years ago to the present. Yet, science still considers man a primate. This is not to say that primates like Gorillas and Chimpanzees, do not share some behavioral characteristics with modern man. These animals are not stupid or without dignifying attributes, but they are certainly not making films, inventing machines, or forming societies and nation states as arguable as the implications of these activities seem to have placed this troubled world in.

In evolution, according to Darwin, one dead end species after another will occur due to inability to environmentally adapt. So, only the survival of the fittest guarantees preservation of a species. Why would a species devolve into a less robust state even with a slightly smaller brain as evidenced in the case of Homo sapiens and Neanderthal? Natural selection would seem to favor the fittest and well adapted species, not an artificially inserted one, unless there was a redeeming trait, but it would have to be a trait acquired from the same environment to keep from contradicting evolutionary theory on terra firma, right? Then, like Emmanuel Velikovsky, we’re having to consider, once again, an extraterrestrial hypthesis, only this time, not asteroids or comets.

The true mystery at hand

One point remains, and that is the mystery itself. Who brought the seed of mankind to earth, or who placed a variation of genetic splicing into the upright walking apes already on the planet in order to achieve a new species, more ingenious, and inventive than the robust bipeds who would continue to forage for thousands of years before attaining any meaningful progression. Perhaps, the biggest mystery of all is how we, to this day, still rely upon a compromised form of science that has become politicized just as the faulty global warming theory arrived at to tax and regulate the behavior of people all over the world. Science has decided to indoctrinate the minds of those they should be divulging the secrets of the universe to rather than under the aegis of truth based upon the emergence of the facts.