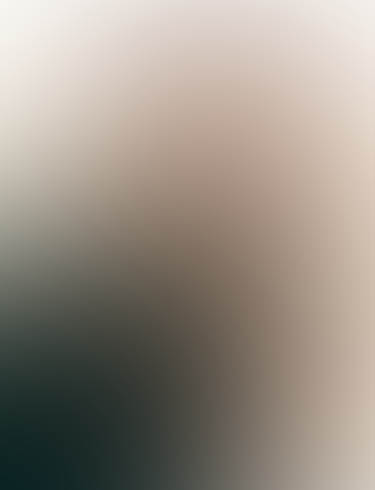 In 1980s, investigative reporter for the San Jose Mercury News, Gary Webb, discovered and exposed such a Dark Alliance that existed between the Nicaraguan drug cartels and the cocaine distribution of Crack smuggled into the U.S in defiance of the Boland Act: such operations were with the aid of the CIA, and the Reagan Administration, who shielded such clandestine operations in order to raise money for the Contras.

Webb came under heavy fire from various groups and unsympathetic agencies for exposing such an insidious cabal.  He, despite this, received a Pulitzer Prize. Unfortunately, he died from two gun-shot wounds to the head. They said he committed suicide.

THE UNHEALTHY SIDE OF MONEY

The mobsters Giancanas spoke of this era: “For a serious student of history, there is good reason to pause at Mooney’s saga of corruption. There is also good reason to question whether such immorality continues to exist in this country, reaching into our nation’s highest office….Sadly; it may very well be that this is, indeed, the case. To wit: the Pentagon Papers; Richard Nixon’s Watergate; the Vatican bank scandal; the Iran-Contra affair; the graft and CIA involvement in the case of the Philippines’s Ferdinand and Imelda Marcos; the Manuel Noriega-CIA connection in Panama, and the BCCI; all bits and pieces perhaps of a much bigger and more sinister puzzle. But all bearing the stamp of the CIA’s entanglement with organized crime….Most of those who were involved in the 1963 assassination of President John F. Kennedy have been murdered…..,” Double Cross, Sam and Chuck Giancana, 1992, Warner Books, Inc., 1271 Avenue of the Americas, New York, N.Y. 10020, p. 356.

The Bank of Credit and Commerce International (BCCI), for example, were found guilty of “massive money laundering” and other financial crimes nearing $20-billion-dollars. They did this by avoiding regulation and customs and operating in secret. Even to this day, it is not “completely understood” as to how they skirted the law and hid.

Similar alliances were highlighted in a barrage of such genre speaking on such “pipelines” ( such as) in the books Octopus: The Long Reach of the International Sicilian Mafia (Claire Sterling, W.W. Norton and Company, New York, N.Y. 1990.), Black Market Billions (Hitha Prabhakar, FT Press/ Pearson. www.ftpress.com. 2011), and Octopus: The Secret Market and Wall Street’s Wildlst Con (Guy Lawson, Crown Publishing Group, Random House, 2011, www.crownpublishing.com): “…not every culprit confessed  or was  easily caught.”

The inability for the Federal Department of Justice and other fellow law-enforcement-agencies to successfully jail the upper-echelon players and topnotch crooks in this Worldwide Financial Caper raised many questions as to their sincerity or capabilities; for one thing the ‘shadow’ progenitors are very illusive. One law firm has taken the “tiger-by-the-tail,” so-to-speak, by upping the political ante: on or around October 27, 2012, the Spire Law Group LLP, under the managing partner of James N, Fielder, announced a $43-trillion-dollar-lawsuit in the United States District Court against suspects and person-of-interest involved in the financial fiasco, including Robert Rubin, Timothy Geithner, Vikram Pandit, Jon Corzine and others.

Unfortunately, many names are left out of the lawsuit; but, as usual, not enough as to prevent unsavory and nefarious events from happening, perhaps indicative of the quagmire that is offered to anyone brave enough to investigate and prosecute criminals thus powerful.

(Other persons, such as Gary Webb, have also been victimized; a long list of Kennedy Assassination-victims is catalogued in Hit List: An In-depth Investigation into the Mysterious Deaths of Witnesses to the JFK Assassination, Richard Belzer and David Wayne, Skyhorse Publishers, 2013.)

The Spire law firm has been counter-sued; and one other thing………

CNBC Executive Kevin Krim publicized the lawsuit on a news broadcast for the whole world to see, and in Jungian fashion, in that spooky world of synchronized phenomena, shortly following the broadcast, his wife came home to find their children murdered by their nanny. It was totally unexpected, the nanny loved and cherished the children, and the parents showered gifts on the caretaker. It seemed a happy family. Investigative reporter Craig Hulet told host John B. Wells on the Coast to Coast radio program on November 8, 2012, that she must have had unusual strength to stab her and the children in such Manchurian Candidate fashion; the best that could be envisioned so far was the nanny’s complaint about being forced to “do more house work.”  It surely didn’t seem quite in character.

The nanny, Celia Ortega, had been described as a rather gregarious woman who greeted others with “hello neighbor” and “God bless you” and told others she was “happy, happy, happy” to soon visit her homeland.  It was only a few days, maybe a couple of weeks before the murders, which she seemed confused at times and spoke of being “weird.” There was no good motive for the murders.

Freelance investigators that have seen this scenario played out many times before pointed their fingers to Remote Mind Control. A sending unit could be at some distance, they said, and a Voice to Skull (V2K) device sending targeted Magnetic Scalar Waves in the 11 to 15 HZ ELF range could force riotous behavior if pinpointing the adrenal cortex and brain stem. There would be an over-production of norepinephrine, causing adrenergic reaction. It would be complete control, if the targeted DNA resonance was struck. Such experiments have been in progress in Private Intelligence Sectors around the globe.

Zen Gardner said in “The Relentless Invasion of Our Minds” (September 20, 2012) that the Department of Defense had a system called SSSS or S-guad (squad)  known as Silent Subliminal Presentation System that utilized subliminal programming over ultra-high frequency (UHF) broadcast waves: projected inaudible messages directly into the subconscious human mind. HAARP and MEDUSA (Mob Excess Deterrent Using Silent Audio) are other programs; said Judy Wall of Resonance Magazine, that: “….silently triggers the same basic emotion in another human being.”

The attorneys for Spire, LLP spoke in muted whispers on Internet chat links: “Still no relief from bank misconduct. Why, again, have banks not been held accountable?” Or, even the more cryptic murmur:  “As long as the roots are not severed, all is well…and all will be well…in the garden….”

Former CIA Operative and Mind Control Techno-icon, Dr. Robert Duncan, told Governor Jesse Ventura on the topic of government “Voice of God Weapons,” often used for torture of victims: “They hide – hide in the dark crevices of our government.”

“ONE NATION, UNDER ELITIST CONTROL”

Those ‘blackest places’ – those ‘murky crevices’ – those ‘dark fissures’ are in the recesses of rotten, corrupted human hearts, and have been that way for some time:

F. Brunner and Sean D. Carr outlined the roots of the problem in their book The Panic of 1907 (John Wiley & Sons, 2007). Credit default swaps were then called “bucket shops” – and for nearly 100 years were outlawed as a felony; surely, known by Greenspan and Gramm: “Their crime was one of foreknowledge”, said Canary Papers and Marin. John McCain embraced these giant betting parlors, and he still does, as surely as the Bush Administration protected and threatened to veto any attempt to regulate the credit default swap market. We can call it fascism, communism, plutocracy when trillions of dollars are spread by the government to cover and pay off sleazy casino bets of capitalists.

On June 5, 1933, President Franklin Roosevelt entered America into bankruptcy and into the hands of 115 creditors in receivership and new government securities as monetized debt; effectively, America had become The New World Order.

“Bond said angrily, ‘Shut up, Marc-Ange. If you think I’ll take a million pounds from you or from anyone else you’re mistaken.  I don’t want my life to be ruined.  Too much money is the worst curse you can lay on anyone’s head.  I have enough.’” James Bond,  speaking to ‘Spectre’ villain, in On Her Majesty’s Secret Service; Signet Books, 1963. 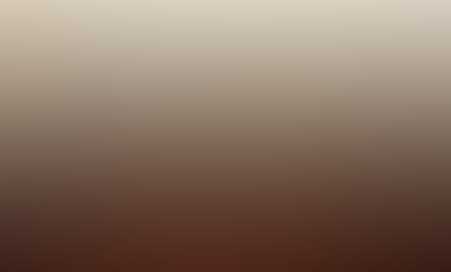 Get a good job with more pay and you’re O.K.

Grab that cash with both hands and make a stash

I’m alright, Jack, keep your hands off my stack

Don’t give me that do goody good bullshit

And I think I need a Lear jet

Share it fairly, but don’t take a slice of my pie

Money, so they say

Is the root of all evil today 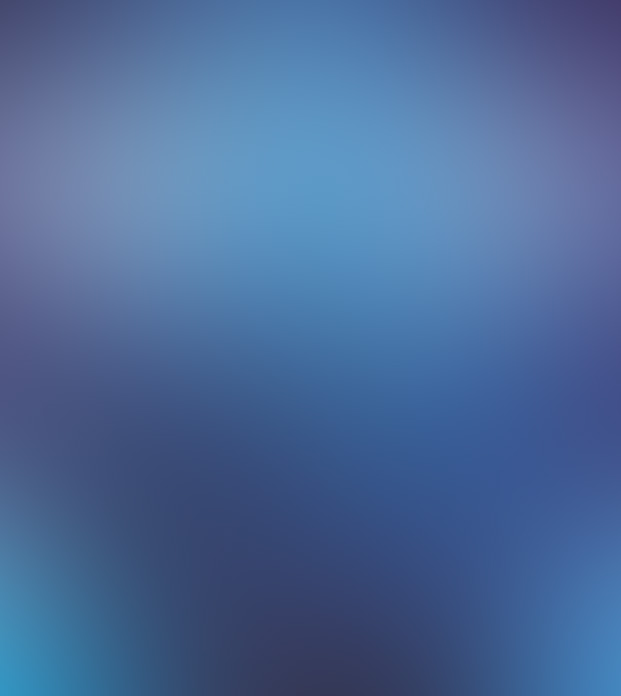 Jesse Ventura Goes On The Hunt: 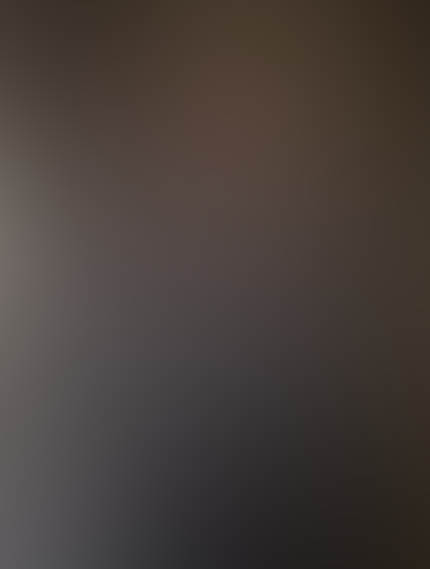