The book opened with this stentorian statement: “In the three-year period which followed the murder of President Kennedy and Lee Harvey Oswald, 18 material witnesses died: six by gun fire, three in motor accidents, two by suicide, one from a cut throat, one from a karate chop to the neck, three from heart attacks and two from natural causes. An actuary engaged by the London Times calculated the probability that at least 18 witnesses would die of any cause within 3 years of the JFK assassination as 1 in 100,000 trillion.” Quoted in the promotion of the 1973 film Executive Action.)

Authors Belzer and Wayne actually said the odds were much higher: ‘‘The obvious counter-attack to that will be that there weren’t really 15 ‘true’ deaths of witnesses – we have verified that there were actually more than 15….The numbers get even worse, moving forward, because witness deaths increased dramatically at the time of the 1977 Congressional Investigation”; the authors quoted Richard Charnin in “JFK – Related Deaths” and “JFK Assassination: A Probability Analysis of Unnatural Witness Deaths.”

In an email to the authors, dated December 4, 2011, Charnin stated emphatically, “I have proved mathematically what many have long suspected: the scores of convenient JFK unnatural witness deaths cannot be coincidental.”

The House Select Committee on Assassinations (1976-1978) may have revealed even further “witnesses”: “Some of the documents are still sealed; scheduled to be released at a future date. It was basically what is known in intelligence parlance as a ‘limited hangout’; they admitted it was a conspiracy but slammed the door on delving deeper into it.”

The authors portrayed further suspicious deaths. For example, six high-level FBI officials connected to the investigation of the JFK assassination died during a six-month period in 1977 shortly before testifying before the Congressional Committee. Charmin described such “bizarre series of events” as “mathematically impossible.”

The authors contended that ultimately the deaths should have included additional witnesses to the crime, reporters investigating the case, U.S Intelligence linked to the matter, mafia linked to the crime and/or to the U.S. Intelligence. In that matrix, the authors selected fifty classic deaths in which they presented their case, typical “witness deaths” that ranged from Officer J.D. Tippit to Senator Robert F. Kennedy.

(In-depth analyses invite all of the readers to go beyond this review where the readers can examine the cases up close and at their leisure:The reader will have to review Hit List and its sources to determine the situation for their personal conclusions.)

The death of police officer J.D. Tippit on November 22, 1963, paraded as the lynchpin to proving the guilt of Lee Harvey Oswald, proved the opposite upon a close examination of the evidence by the authors.

The authors speculated that both Tippit and Oswald were Intelligence operatives. “Lee Harvey Oswald was operational with U.S Military Intelligence.” (Tosh Plumlee, a former pilot for the CIA and a Military Intelligence veteran in under-cover intelligence operations.) Both Oswald and Tippit had somehow operated in support of “broader US intelligence operations.” One of those operations, unbeknownst to Oswald as a target, was that of being “sheep dipped” as a possible “patsy” in the assassination. According to Oswald’s New Orleans girlfriend, Judyth Vary Baker (Me and Lee: How I Came to Know, Love and Lose Harvey Oswald, Judyth Vary Baker, 2011, Trine Day), Oswald began to trace the assassination plans and told Baker that he would do something to abort it. Until he could have accomplished that, Oswald faithfully followed operative orders, and he believed he was gathering covert intelligence and implementing operative plans.Tippit also was available for any “intervention.” (pp. 20-21.)

One:  Oswald was seen by his landlady at a bus stop at Tenth and Patton at 1:04 p.m.Tippit was shot a mile away at 1:08 p.m: that was a ‘mile’ away, and Oswald was waiting for the northbound bus, and headed in the opposite direction.

Two: Eyewitness testimony described a man talking to Tippit that did not fit Oswald’s description. Six witnesses saw not one, but two men involved in the shooting of Officer Tippit. Mrs. Acquilla Clemens described two men; one man was “short and kind of heavy…kind of chunky.” Warren Reynolds and Domingo Benavides were further witnesses.

Three:  A jacket discarded by the suspect/murderer at the Tippit crime scene was not Oswald’s jacket, as testified by Marina Oswald.

Four:  The Revolver taken from Oswald at the Texas Theater was not the gun used to kill Tippit. Oswald’s revolver had a defective firing pin that completely prevented it from firing a bullet. The bullets in Oswald’s revolver were never conclusively linked to the four bullets in officer Tippit.

Five:  James Files, the bodyguard and driver to Chuck Nicoletti, identified Gary Marlow, a highly professional cold-blooded killer, whose mission that day was to murder Oswald to prevent his further involvement: Something obviously went wrong.

Six:  A fake wallet deliberately left at the crime scene with the name “Alex Hidell” – Alex Hidell was a “floating alias” that was used by many operatives as an operational cover name.

Seven:  James Files believed Oswald was on his way to meet his Controller at the Texas Theater (Files said that may have been David Phillips).

Bowers was a Tower Man with the Union Terminal Company and stationed in his 14-foot tower directly behind the Grassy Knoll on the day of the assassination.Bowers observed strange automobiles and persons near the wooden stockade fence.

On August 9, 1966, he was driven off the road by a black car. Lee Bowers, killed when his car left the road and crashed into a concrete abatement in Midlothian, Texas, told the ambulance people that unknown culprits at a coffee shop had drugged him.

Bowers told his friend, Walter Rischel, that he had specific information that was more cogent, and was afraid to “go public.”He had disappeared for two days. “…one of his fingers was missing on one of his hands, which his brother, Monty, could not trace to any hospital, clinic or doctor’s office.” The mysterious auto accident shortly followed that incident. Bower’s widow confessed: “They told him not to talk.”

Charles Good, a former member of the Texas Highway Patrol, investigated the incident:He concluded that culprits forced Bowers off the road.

Mary Meyer, former wife of Cord Meyer, a CIA operative and principal handler of Operation Mockingbird, an infiltration of major U.S media.The Meyers were also close friends with James Angleton and his wife. Angleton was head of Counter Intelligence at the CIA.

Meyer filed for divorce in 1958. Following that, she felt under surveillance and unknown culprits invaded her apartment.She blamed James Angleton.

Mary also had a rather serious love affair with President Kennedy; they shared many intimate details (as well as marijuana and LSD; p. 145). Legend speculated that Mary learned quite a bit from James Angleton. She was upset about the “absence of authentic information” in the Warren Commission. She felt that it was a “whitewash.”

“Mary left her home on the morning of October 12, 1964, to go out for her morning run. Someone shot her twice at direct range with a .38; the first shot was toward the back of the head and the second shot was to her heart. She died instantly.”

A Raymond Crump was set-up to take the ‘fall.’ It was a smear job.The trial was a sham.The CIA and President Lyndon Johnson (as well as President Kennedy’s “power circles”) were topics that were “never allowed to be spoken of in the court room.” Hidden was the fact that “Mary appeared to be killed by a professional hit man.”

Peter Janney summarized in Mary’s Mosaic (Sky horse, 2012) that William L. Mitchell (an alias) was a member of the “Army special forces – the order was given to ‘terminate’ her.”

Gary Underhill was a veteran CIA agent.His alleged suicide was on May 8, 1964, but Underhill was right-handed “and it would be extremely awkward – not to mention totally pointless for a right-handed person to commit suicide by shooting themselves behind the left ear.” (p. 112.)

Underhill left no doubt that someone was after him: “This country is too dangerous for me. I’ve got to get on a boat. Oswald is a patsy. They set him up.It’s too much.The bastards have done something outrageous. They’ve killed the President! I’ve been listening and hearing things. I couldn’t believe they’d get away with it, but they did…a real violence group. I know who they are…they know I know.” (Paul Golais, April 8, 2001, The Citizen’s Voice.)

Underhill confided to a friend.The friend said, “Underhill said that he knew the people involved (and that they knew he knew) and he fled Washington for his life…a small clique in the CIA was responsible…” (Gary Richard Schoener, “A Legacy of Fear”, May, 2000, Fair Play Magazine).

The authors speculated that the highly secret CIA and military Intelligence Unit named Executive Action had turned against Kennedy and killed him. (pp. 113-114.) 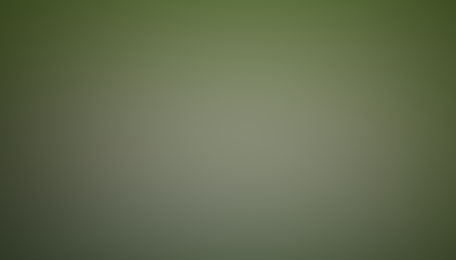 U.S Senator Richard Schweiker, Co-Chairman of a U.S Senate Subcommittee to investigate the JFK assassination in 1975, said in 2007 that Oswald defected to the Soviet Union in 1959 as part of the False Defector Program. Author Joan Mellon confirmed the Top-Secret CIA/ONI False Defector Program.Oswald infiltrated the Fair Play for Cuba Committee and Alpha 66 anti-Castro Cubans, simultaneously joining pro and anti-Castro groups. Oswald strongly denied having shot Kennedy and said he was set-up as a “patsy.” His recorded words subjected to new voice analysis technologies that showed that he was actually telling the truth. Mobster Jack Ruby, who seriously hooked up with just about everybody suspected of playing major role in the assassination, shot Oswald. (p. 29.)

Jack Ruby, the murderer of Lee Harvey Oswald, maintained throughout his incarceration that a product of bioweapons experimentation and MK-Ultra would eventually murder Ruby. A well-known MK-Ultra expert visited Ruby at his jail cell: MK-Ultra was the Top Secret CIA program to control an individual’s will, even to perform murder. Ruby died of cancer on January 3, 1967.

Ruby knew the entire key “players” in the assassination drama, including Chicago mobsters, anti-Castro CIA agents, and the three top mafia bosses. Ruby and Oswald shared connections to the CIA and the mafia as well as experiences in the Cuban crisis in the USA.