UFODigest.com » Aliens and UFOs » The quest for life on Mars Part II 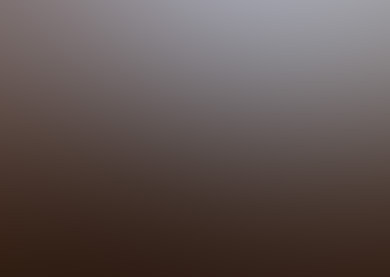 It was a long time before the dreams of early men of ancient life and vast civilizations that predated human societies on Earth ever met with the scientific reality of today’s space probes and modern observatories. From Galileo who first recorded the phases of Mars by sketching his observations from his primitive telescope in 1610 to Italian astronomer Schiaparelli who theorized that canali existed on Mars in 1877, Mars remained a tantalizing mystery. 1898 brought the science fiction novel, “War of The Worlds” to the public based upon a Martian invasion of the planet earth, and man’s desperate attempt at fighting back with vastly inferior military technology. However, this brought man no closer to a realistic appraisal of what might lie ahead for future scientific exploration of the “Red Planet”.

Percival Lowell, obsessed by Schiaparelli’s assertion of canals on Mars spent 15 years observing the planet from his crude observatory in Flagstaff, Arizona. Reasoning that as the polar caps melted during the warming seasons, he then hypothesized further that this melted ice water could be used by an advanced civilization to irrigate the green temperate regions to support agriculture. Lowell did help advance astronomy and improve observatory technology, even beginning the steps that led to the discovery of Pluto. Even though we know today that his search for Martin canals was fruitless.

It wasn’t until the late 1940’s after World War II and the capture of German V-2 rockets that technology began to catch up to science fiction. Arthur C. Clarke, the great science fiction writer was also ahead of his time in 1948 when he designed the first orbital satellite, but the means to thrust it into space still remained just beyond man’s grasp. It would not be until November 5, 1964 until the Mariner 3 and 4 series US satellites succesfully initiated flyby photos that began to crush the myths of Mars and lead scientists to new revelations about the Mars atmosphere, water content, and gravity.

According to accounts given to myself by the son of one scientist who worked for NASA during the Mariner program, by the time models 6 and 7 had been launched in February of 1969, astonishing anomalies were being photographed on the Martian surface, but it took Viking 9, the lander, to acquire the infamous “Face on Mars”. Immediately NASA denounced the photo as they did other findings that were to follow from the Viking mission.

Doctor Gil Levin designed the first soil sample analysis test for the Viking satellite lander which would scoop up soil after it had landed and initiated operations. The test results pointed to being positive for supporting life, but NASA overrode that finding and pronounced that the test was not accurate as another Viking mission soil test yielded a negative result. That soil test had been designed to sense organic composition based upon detecting the existence of dead organisms or the traces left from their deterioration as we know it here on earth. The controversy has raged for 30 years since that mission with Levin insisting that his Martian soil sample experiment had been a success.

As it turned out, Levin was vindicated after NASA had denied it. It turned out that it was the soil sample test for carbon based life forms that proved faulty as when this same test had been utilized in the Antarctic it failed to yield a correct indication that should have come up positive. So, in essence, we have been lied to by NASA for more than 30 years about tests that had already indicated conditions that would have supported life on Mars!

After re-evaluating old Viking data gleaned from missions undertaken as far back as 1976 amazing revelations for the existence of life on Mars on at least a microscopic scale can be verified by what are known as circadium rhythms. These findings indicate metabolic cycles just as on earth that would be a sign of microorganisms in Martian soil as they exist in earth’s very own soil.

It is interesting to note that the Nation Academy of Science in a paper entitled “Missing Organic Molecules” denounced the positive signs of life produced by Doctor Gil Evans in the year 2000. It took the research of circadian scientist and neuroscientist from Texas Tech, Dr. Joseph Miller, to exonerate Doctor Gil Evans original findings. It is very interesting to note that not only Al Gore, but Republican candidate for president, Mitt Romney, also confers with the National Academy of Sciences about the global warming myth, that has proven that the science community is politically influenced and thus, untrustworthy in their biased research.

Some have attributed NASA’s unwillingness to admit that Mars may harbor some form of life because of findings from many sociologists and think tanks such as the Brookings Institute. These researchers warn that whenever a human society is confronted by a major contradiction to its belief systems or by a technologically superior culture that the inferior society will collapse. The fear on the part of governments of the world is that their authority will no longer be recognized and they will lose control is their major motivating factor in maintaining the truth embargo that has kept modern humanity in the contemporary dark ages. In view of the insane way that human society has evolved and ruled itself over the bloody centuries of mankind, I assert that a breakdown of our present system in many respects might be more of a liberation than a feared anarchy that governments seem to abhor so much!

In Part III of this series on the search for Martian life, I will introduce more disturbing aspects of the denial and secrecy that have hindered us from knowing the truth about the “Red Planet”. To be published March 21, 2012. Mars: Man’s Ultimate Hope For Life In Our Solar System Part III