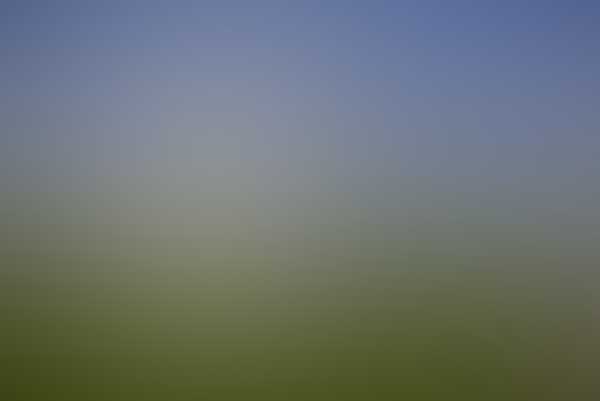 If you missed Part I of this series click here: https://www.ufodigest.com/article/custer-conspiracy-1006

It is a basic failure in human nature that some of the most pre-eminent of our ranks of leaders and achievers, our heroes, if you will, are often just as often held in contempt as they are revered for their achievements. Unfortunately, we see the tragedies of history avoidable as the myths and legends of our respected figures relegated to being dressed down for ambiguity and the relevance of their time as we judge them by the standards of the present. General George Armstrong Custer’s place in history is assured for 2 reasons. 1) His incredible defeat of the Confederate forces poised to take Washington DC but for the heroic deeds of a Captain and his inferior defensive perimeter. 2) For whatever reasons of is qualities or disputed character flaws General Custer will always stand within the recollection of the collective consciousness of the American psyche forever in defiance of the insurmountable odds around him as he heroically resists the inevitable. In this succinct commemoration he represents the indomitable American spirit that has always characterized this nation.

But for the plans of mice and men

As General Custer and his command approached their objective there were several dynamics at work that would prove to be the undoing of a plan that could have well succeeded had the initiative not been compromised. There were elements of the paranormal, politics involved, quite possibly intentional sabotage of Custer’s chances of survival, as well as Sitting Bull’s clairvoyance that all played a part in the inevitable outcome that will forever confound the analysts and historians who second guess history. It is the confluence of these influences that make the outcome of the battle of the Little Big Horn so much more than a military engagement gone wrong.

Even great commanders are not perfect

General Custer though perhaps one of the most effective aand aggressive field commanders in military history had his shortcomings. He made assumptions that his supporting commanders would have been as eager to engage the enemy as he was. Custer made no contingency for complications that prevented victory. General George Armstrong Custer’s philosophy was that as long as he had rapid advancement from two or three different flanks and was attacking the enemy with a pincer movement he would succeed! He made no provisions for defensive maneuvers. Despite the fact that he was denied reinforcements for another 24 hours, despite the fact that there were those who did not want to see General Custer rise to the presidency, despite that George Armstrong Custer was so vain that he had embedded a news reporter in the ranks of the 7th Cavalry as an attached civilian, he might still have cheated death on that fateful day.

Were his superiors setting him up?

Among the unseen forces that had an inexorable influence over his fate were Generals Sherman, Sheridan, and Terry, all legends in their own right from their accomplishments during the Civil War, who had picked George Armstrong Custer for the job, knowing that they could count on the impulsive cavalryman to engage the combined Indian force with aggressive tactics. They counted on General Custer to react with speed and decisiveness in order to cut off any chance of the Indian’s escape, but were they also counting on Custer’s total commitment to an assault that without proper intelligence, scout capability, or even with inferior numbers would lead to his assured fatality at the hands of a massively assembled and united Indian Nation unified in their intent?

Was Sitting Bull’s obviously visionary dream more than just wishful thinking? The American Indian is known for his reliance on visions in times of looming crises. Many a chief had been known to bolster the spirits of his warriors by meditating on the future outcome and then interpreting his dreams to a medicine man or tribal elder who would make his pronouncement known to the warriors in expectance of their impending battles. This particular prediction by Sitting Bull that the formidable capability of the US Cavalry would fail that day and that the united might of the Native American tribes would succeed was of great importance to the warriors and may well have set the stage of a victory over odds that the Indians could only guess at without the assurance they were seeking. So the paranormal had definitely made an indelible impression in the outcome of the battle at Little Big Horn.

The question of other complications lends to the unforeseen or unaddressed issues that contributed to the defeat of the 7th Cavalry on that fateful day in the countryside of southern Montana. The troopers of Custer’s command were using single shot carbine rifles as opposed to the rapid fire of the Henry rifles used by the Indian warriors along with their spears and arrows. The Springfield 45 caliber Carbine was an excellent weapon and was accurate at longer range than the Henry, but was not a multi-shot rifle that would allow for several rounds to be fired in quick succession at close range. Once Captain Benteen ordered his men to dismount and establish a skirmish line making the troopers vulnerable to the close range of the Henry rifles of their Indian counterparts, the US Cavalry had lost the initiatve and their ability to force the Indians to react rather than overwhelm the vastly smaller numbers of Custer’s troopers.

Shortcomings of the tactics

When Major Reno chose to defend his position from a hill that would force his Indian enemies to climb up slope thus making their attacks ineffective may have helped to save his life and his men, but it only further divided Custer’s main concentration of a cavalry charge that was quickly blunted by the over whelming numbers of the Indians. Had Benteen and Reno both acted in a coordinated charge along with General George Armstrong Custer, the fortunes of that fateful day would most likely have changed, but in not anticipating the reluctance of his commanders to carry the initiative to the enemy with their combined assets, their Native American counterparts may very well have been forced to react rather than to conduct their assault which would have had them retreating from the fury of the 7th Cavalry perhaps expecting reinforcement of more elements of the US cavalry at any time. This rather than their coordinated assault upon the divided elements of Custer’s separated regiments allowed the Indians to gain the initiative and surround the 7th Cavalry.

Even the glorious image that has been cultivated by the media over Custer’s last stand is now in doubt. Whereas it is generally accepted to be a last stand with Custer’s main column being surrounded by a torrent of Indian Warriors galloping in circles around the doomed troopers with the defiant General Custer in the center with his two Colt 45’s blazing away heroically at the ever tightening encirclement of Indian braves exacting their vengeance upon the US Cavalry, battlefield detectives have burst that bubble of illusion as well. The distribution of recovered bullet casings that were analyzed by the patterns they left portray a much different verdict over the ultimate outcome of the Little Big Horn battle than the traditional supposition made by historians and cinematographers who have created a false spectacle over a historic outcome and a massive US Army defeat.

The pattern of bullet casings left across the topography of the Little Big Horn battlefield does not support the classic encirclement of the US Cavalry fighting to their gradual demise in heroic fashion, instead something very different unfolds. It appears that as General Custer, according to accounts, watched Benteen’s command under difficulty from Indian attack, refusing to assist and instead ordering a charge into a vastly superior number of Indian warriors, his advance being quickly blunted by sheer inequity of comparative numbers. As well, malnourished troopers suffering from fatigue, physical ailments from the hard riding over rough terrain with little rest or recovery, which would have reduced the effectiveness of these young and decidedly European descendants, who had embraced US citizenship, only to die in an Indian massacre. Yes, many inconvenient truths were unveiled.

As fast a white man eats his lunch

When one American Indian was interviewed, years later, by a reporter over the Battle of The Little Big Horn and asked what he saw, his words were when asked how long did the skirmish last? “It took as long as it takes for a white man to eat his lunch.” Perhaps this simple and metaphorical statement by a Native American sums it up the best. A brilliant yet impulsive American Cavalry Commander who never considered any other option but victory never considered other unseen influences in his midst that were ultimately his undoing both conventional and paranormal.

As has been the case in future engagements to come that have been participated in by heroic and much vaunted American military leaders, perhaps the obvious reasoning is not necessarily the true outcome of the event. Perhaps the logical explanation even by our most trusted and a courageous leader is not always the most reliable historic fact for us to hang out hats on. When taking all things into consideration, maybe we need to reserve judgment until all the facts are in. Another falsehood of the Little Big Horn aftermath is that General Custer’s body was mutilated in Indian spiritual fashion has also turned out to be fabrication. So, we have seen most of what we know about Custer as well as his downfall is simply a product of commercialized sensationalism rather than the sobering facts of history.