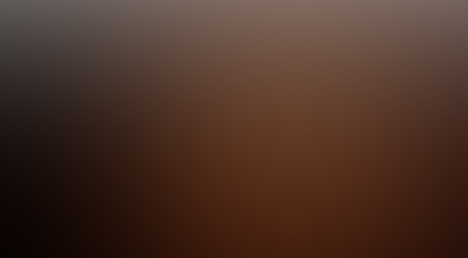 A compelling book written by author, journalist, and broadcaster, Nick Pope, who left a twenty-one-year-career as head of the British government’s UFO Project, culminating in his serving as an Acting Deputy Director in the Directorate of Defense Security in 2006.

“Simply put, the Rendlesham Forest incident is by far the best-documented and most compelling UFO incident never to have taken place,” said Pope. “It took place over a series of three nights, in a forest that lay between two U.S Air Force (USAF) bases in England. This was not some vague ‘lights in the sky’ sighting – the UFO actually landed…this UFO was seen to take off again.”

“In the early hours of December 26, 1980” Airman First Class John Burroughs spotted “strange lights in the forest” of Rendlesham at the Twin U.S Air Force bases of Bentwaters and Woodbridge.The twin bases were home to the 81st Tactical Fighter Wing, which in 1980 operated the A-10 Thunder Bolt II aircraft, nicknamed the Warthog. They were part of a large number of USAF bases in the United Kingdom, known as the 3rd Air Force; Bentwaters and Woodbridge operated as a single entry.

Burroughs and Bud Steffens ventured out the East Gate to investigate a suspected crash of a civilian light aircraft, but they further observed a white light and red and blue lights. The white light seemed to approach them. It did not, then, appeared to be a crashed aircraft.

“…while the possibility of a civil aircraft was still being considered, nobody had heard an explosion or any sounds,” said Pope, “And that’s when Steffens made an odd remark that caught everyone’s attention: ‘It didn’t crash. It landed.’”

Penniston radioed Central Security Control and the overall flight chief for the bases, Master Sergeant J. D Chandler. Chandler in turn checked with the control tower at Bentwaters. The operators placed calls to RAF Bawdsey, RAF Watton, and Heathrow Airport in London; they tracked a “bogey” over the Woodbridge base that disappeared from radar. Chandler gave Penniston the okay to investigate along with backup.

Master Sergeant J.D. Chandler arrived along with Penniston, Burroughs, and Cabansag. The radios of the four men began to malfunction. Chandler relayed messages between the men back to Central Security Control. Shortly following, Cabansag could no longer relay to Chandler. John Burrough and Jim Penniston pushed ahead to locate the lights.

The two men began to feel electrified; hairs on their arms and neck began to stand on end. Their movements seemed stodgy, as they reached a brightly illuminated clearing. A silent explosion of light caused the men to “hit the ground.” When the explosion dissipated, a triangular craft resting on three legs confronted the men, a bank of blue lights on its side and a bright white light on top. There was no sound.

Penniston noted hieroglyphs around the object. Penniston took photographs and sketched the craft and its symbols. He then decided to touch the craft: hard and smooth. The symbols, however, were rough. The white light on top flared up and dimmed as he removed his hand from the craft.  The object rose noiselessly above the trees and accelerated at fantastic speed.

Sometime later, Penniston revealed that precisely at the moment he touched a large symbol on the craft, he was infused with visions of ones and zeroes, a binary code, which stopped when he removed his hand. The “code” was recorded in his police notebook. The UFO eventually departed to the east.

The object had left three indentations forming a “near-perfect equilateral triangle.”  In the UFO’s passage, branches were snapped off the trees. Rendezvousing with Cabansag, Chandler and six other security force members at RAF Bentwaters operating base, the two witnesses discovered approximately 45-minutes of “missing time.”

“Somehow, somebody had removed both blotters and the incident report,” said Pope.

A combat support group awards dinner on the evening of December 27 was interrupted by the on-duty shift commander, Lieutenant Bruce England, who announced the UFO “was back.”  The Deputy Base Commander decided he would assemble a team to investigate: Lieutenant Bruce England, photographer Sergeant Monroe Nevels, Master Sergeant Bobby Ball, Sergeant Adrian Bustina, Sergeant Frail, and John Burroughs amassed to investigate the scene.  Halt brought a mini cassette recorder; Nevels also brought a Geiger counter. Light-alls ordered to illuminate the area would not function.

Further discoveries consisted of radioactive “hot spots” on the Geiger counter readings. Two rolls of thirty-five millimeter film were apparently overexposed. The team had observed multiple lights to the north that changed in shape from elliptical to round. To the south were several more lights.  Another object sent down a beam of light near their feet.

“Another object sent down beams into the weapons storage area,” said Halt.

Halt’s recorded conversation revealed a strange flashing red light with pieces falling off.  “It looks like an eye winking at you,” said Halt.  A laser-like pencil-thin beam of light struck the ground about ten feet ahead of them. One UFO, over Woodbridge, began firing and silently exploded. Sergeant Adrian Bustinza saw Burroughs momentarily disappear and reappear.

Airman First Class Larry Warren was asked to accompany Sergeant Adrian Bustinza.  According to Warren, they approached to within 10 to 15 feet of the craft. Warren noted that shadows appeared to pull into the object.  At times, there was a time delay.

Around the perimeter, Warren saw the autos of senior staff.  Wing Commander Gordon Williams was one such person. Warren sighted three balls of golden light and cylinders; he also saw what appeared to be a “being” with facial features, bright clothing and some type of device.  Shortly after the time that Williams conversed with fellow officers, the “being” in a silent-faceoff approached Squad Leader Donald Moreland. 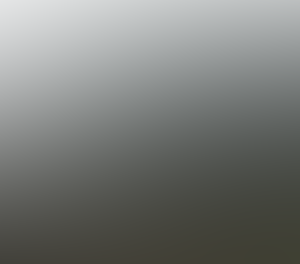 The remaining stand of trees at the forest edge, seen from the south. The supposed UFO landing site was among trees like these, in this same area near the eastern forest edge.  From this viewpoint, the farmer’s field and Orford Ness lighthouse are off to the right.  The UFO is said to have zig-zagged between these trees, an impressive achievement for a craft supposedly the size of a car.

Staff ordered Warren off the site; others might have fled. They debriefed Warren and at one point, seemingly threatening him.
AFTERMATH

After about forty-five minutes, the light from the craft intensified and lifted with no noise or air disturbance through the trees and shot off.

“It was gone in the blink of an eye!” said Penniston.

A large portion of the book had to do with how British and U.S governments treated the witnesses, the curious handling of the evidence and possible debunking of the landing. Pope also examined the various theories that could account for the happening as mundane or not paranormal.

“Some would doubtless suggest that the whole catalogue of errors,” said Pope, “is so unlikely that some other hidden hand must have been involved, conspiring to ensure that the official investigation turned up nothing and that the initial. Investigators were ‘set up to fail.’”

Much controversy also related to the UK Ministry of Defense’s (MOD) highly classified intelligence study into the UFO mystery: Project Condign.  A redacted copy of the final report was eventually published by the MOD on its web site on May 15, 2006.  In reference to the Rendlesham Forest incident, the report stated, “that several observers were probably exposed to UAP (unidentified aerial phenomena) radiation for longer than normal UAP sighting periods.”

The 465-page report said, in part, “That UAP exist is indisputable. Credited with the ability to hover, land, take off, accelerate to exceptional velocities and vanish, they can reportedly alter their direction of flight suddenly and clearly can exhibit aerodynamic characteristics well beyond those of any known aircraft or missile – either manned or unmanned.”

In an effort to obtain medical treatment for health problems and sleep disorders, Jim Penniston consulted a hypnotherapist.  A second hypnosis session on September 10, 1994 indicated that when Penniston touched the raised glyphs on the craft, he “received a telepathic download of binary numbers.” It was during the examination of events by the staff of History Channel TV that Penniston disclosed he felt compelled “to write down ones and zeros shortly after touching the craft,” said Pope. 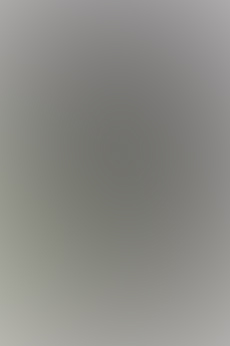 Penniston offered his own private theory in the middle of exotic and skeptical theories that Pope outlines in the book (not to mention Jacques Vallee’s belief that the incident was a military holographic projection in a secret psychotronic test.). Penniston’s theory was that the Rendlesham UFO was Time Travelers from the future. This also brings problems. Critics had questions with that theory as well:

Why would distant-future civilizations use binary code at their advanced stage of development?

Why would distant-future civilizations have a need to travel in “machines?”

Why would a future civilization, possibly 6000 years ahead, need anything resembling 21st Century science?

“We know that some of the key files and documents that might have provided answers about what happened,” said Pope, “have apparently been destroyed or lost in mysterious circumstances.”

Dozens of military personnel stationed at the twin bases of Bentwaters and Woodbridge witnessed the same craft. They have yet to come forward. Said Pope: “We know that light beams from the UFO struck the ground just feet in front of the Deputy Base Commander and a party of men and that later the UFO was seen firing light beams onto the base, and, in particular into the Weapons Storage Area…we know that the UFO was tracked on radar.”

Jim Penniston summarized this way: “It is my thought, but if they are from the future the great part of that thought is that sometime in the future we will know if it is true or not. Is there more to come? Yes, I believe there is much more to come!”

If you are interested in purchasing this book through AMAZON.COM simply click on its title: Encounter in Rendlesham Forest: The Inside Story of the World’s Best-Documented UFO Incident