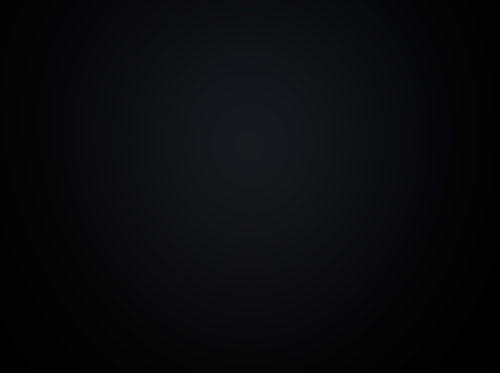 In and around 1973 the entire north western and south west regions of the United States were in an unprecedented wave of unidentified aerial object sightings, breaches of Strategic Air Command Bases, and cattle mutilations. The news spread like wild fire from TV reports to newspaper headlines of a strange unheard of phenomenon that was rapidly gaining momentum, and that was cattle mutilations. From Northern New Mexico to Colorado and from Nebraska to Kansas, even through the panahandle of Texas, ranchers were perplexed over the losses of their cattle to unheard of mutilations.

The loss of cattle to predation from coyotes and pumas is common. Often times cattle can stumble and break their legs on rugged ground and die a slow death, and from there they become scavanged by a number of different animals. Calves get tangled in barb wire fences, diseases take their toll, even drought or cold winters can claim even more lives among livestock. The range is a desolate and dangerous place for these animals to survive at times.

Immediately a number of odd and ridiculous explanations emerged concocted by local law enforcement to  arrive at a conclusion about who the culprits could possibly be. Satanic worshipers were blamed, but that was obviously not an adequate theory to account for numerous cattle mutilations across hundreds of miles between several states. It was simply not a viable cause of such a wide spread phenomena. Sheriff’s departments and state troopers knew very quickly that investigation of these freak cattle deaths was beyond their scope of experience and expertise.

The unknown rears its menacing head

The northern regions of New Mexico fell under suspicion when cattle from Abiquiu to Dulce, New Mexico began to succumb to the bizarre night siege of mutilations that simply didi not fit the typical pattern normally caused death. From small unicorporated towns such as Dixon north to Chama for decades cattlemen and sheep ranchers had driven their herds north to the market place and to greener grazing as the seasons changed, but never had local ranchers seen such mysterious and freakish circumstances befall their livestock.

Indian reservation police even were invovled in these investigations as mutilated cattle occasionally dotted their landscapes. Though Native Americans were likely to attribute spirtiual explanations for these weird cattle deaths, it did not solve the problem of who, why, and how. As time went on law enforcement agencies began to assemble facts and simalarities as they shared case files, but it seemed no answer was in sight.

The mysterious legacy of Dulce, NM

Dulce, New Mexico, Archuletta Mesa, and the Jicarilla Apache Reservation make up a large section of remote lands where weird tales of the unknown and even death revolve around rumors of underground bases, UFO’s, and other bizarre paranormal manifestations. This is the area where former government geologist Phil Schneider found himself in a deadly underground firefight among the Green Beret soldiers tasked with defending him and his civilian comrades and a deadly alien species who inflicted many fatalities against their human counterparts. An alert went through the little town of Dulce on that day in 1979 as emergency units rushed to the scene to retrieve survivors of the undergound battle. Scheider was almost mortally wounded being hit in the abdomen by a death ray of some kind that sheared off fingers on his one hand and severely burned one of his feet.

A police woman serving in the Dulce PD reported watching a UFO type craft literally fly into and disappear into the Archuletta Mesa rock face! As impossible as it seems, she could only explain her sighting as watching an interdimensional portal open and swallow the flying saucer rather than witnessing a crash as she had expected to. This one of many such unknown aerial objects that frequent the night skies over the Dulce area.

In 1988 Norio Hayakawa led a group of investigators and a camera crew into the small town of Dulce asking the local residents questions about UFO sightings and the rumors of some undergound base that was supposedly in the nearby desert or perhaps on Archuletta Mesa. After a short time the local police chief confronted Norio’s research group and told them they could no longer conduct their public inquiry. Hayakawa used footage from this incident and later testimonies from local witnesses to make a documentary of the long standing controversy.

It is in this area that the Manuel Gomez, owner of a local ranch found the first of many of his cattle that would end up mutilated in May of 1978. After 17 of his cattle being lost to this persistent menacing phenomenon, the Gomez ranch was bankrupted as a result of its losses. The Gomez family still own a grocery store in the area.

The answer dies with a state investigator

Despite a long investigation by Gabe Valdez, a state trooper assigned to the case as he patrolled the highways in the Dulce area, who kept extensive files, he never admitted publicly what his findings were. He took that secret to his grave with him. Two Dulce police chiefs maintained their silence as well when frequently asked for their opinions on who and what was causing the strange events in the region. Neither police officer even when interviewed by Norio Hayakawa for his annual conferences and documentary would ever reveal what they knew. All three of these law enforcement agents did, however acknowledge that there was a secret there that they were not at liberty to disclose!

There are frequent subterranean vibrations and noises that make their way to the surface and the Apaches on the Jicarilla Reservation as well as the local townspeople are well acquainted with these unsettling events. Richard Vigil, who lives on the reservation, tells of he and his daughter stumbling upon a deep dark hole somewhere on the top of the Archuletta Mesa that seemed bottomless. When his daughter pitched a rock into the ominous opening it was forced back out of the hole! Vigil claims there was no forced air like a powerful fan blowing air outward like an exhaust vent. He speculated that it could have been some type of force field. Richard Vigil claims to know of two mysterious tunnel entrances. The other is a concrete structured opening that he is very reticent to share the location of as the Archuletta Mesa is considered to be a sacred ground by the Indians there. Permission can only be granted by the tribal authorities or elders in order for investigators to enter. To date, several investigative teams have been denied access. Jesse Ventura made an attempt for his show on conspiracies and was not permitted to film on the mesa.

The Dulce and Archuletta Mesa region are both considered to be the Area 51 equivalent of Rachel, Nevada and the secret underground operations at Papoose Lake S-4. It is there that people such as former government physicist Bob Lazar, made headlines as a whistle blower over captured alien saucers being hidden there  and being back engineered by research teams. However, there seems something much more ominous going on in Dulce as the recent death of  State Trooper assigned to cattle mutilation investigation for 2 decades and later an appointed state authority on them, Gabe Valdez, who recenthly died. So far it seems that reluctance of his family to publicly share the records of his years long investigations make many of us wonder if the family is afraid to allow disclosure or if they have been simply threatened..

Another foreboding aspect of the long standing mystery at Dulce is the testimony of former rancher Manuel Gomez who reported that to add to his anxieties over the unexplained loss of his cattle in 1978, he found electronic bugging devices in his home as the events continued. He was convinced that something indeed was going on, but instead of extraterrestrials, he thought that it was top secret government operations that were taking place under the nose of the public there in the mysterious high deserts of Dulce and Archuletta Mesa. This, I found out from Norio Hayakawa during a recent visit to Albuquerque where we spent the day tracing the long history of New Mexico’s contribution to UFO history.

Evidence of a landing

In 1994 while appearing on a radio show about UFO’s with film producer, Robert Emanegger, I was intrgued by a story he shared with me after we fielded calls about UFO’s from a Dallas audience on a talk show from KLIF 1190. You might recall that Emanegger produced a UFO documentary in 1979 that he had begun filming in 1974. It was narrated by the late Rod Serling. The show set an all-time audience record with the largest number of viewers ever for any presntation of its type in TV history. The climax to his film would be actual footage of a UFO landing at Holloman AFB in New Mexico sometime in 1964. He had been approached by an Air Force Colonel Coleman, who had promised him the filmed evidence once Emanegger had completed his project to the point of requiring the prized footage.

Military style disinformation frustrates the quest for the truth

Robert told me that he made an appintment to meet Colonel Coleman at his underground quarters to obtain the much needed film to complete his TV documentary in expectation of a spectacular sequence of UFO evidence. Emanegger, however would come away disappointed as suddenly Colonel Coleman seemed to have a change of heart saying that the American people simply weren’t ready for something like this! Robert returned to his studio and was forced to have an artist re-enactment of the landing illustrated for the movie based upon descriptions that were given. The landing at Holloman AFB remains legendary, but film producer, Robert Emanegger was thwarted by a typical disinformation tactic by the military in his quest to expose the fantastic truth!

Such is the case in the unrelenting mystery of New Mexico’s UFO secrets, some of which lie buried somewhere in the desolate and arid landscape while other evidence may very well be hidden underground in the heart of black operations that most of us can only speculate about. One thing is for certain though. New Mexico has played a major role in the decades long puzzle that continues to elude all efforts at penetrating its core! The “Land of Enchantment” remains just that, beautiful and, yet, still stubbornly unsolved.

A disturbing caveat to the enduring mystery at Dulce. The History Channel’s show “UFO Hunters” conducted one of their camera crew visits to the alleged Area 51 of New Mexico. There the crew conducted the filming and interviews of locals for one of their typical episodes just as they had in Stephensville after a continuing UFO flap had settled in that Texas  town. That was to be the last filming ever to take place for UFO Hunters. According to William J. Birnes a sudden and unexpected decision to terminate the program was bruptly made by the History Channel. Had the show stumbled upon something that had alarmed the gatekeepers to the ongoing mystery? Had they stepped on the toes of a a deep classified project and gotten too close to the ultimate truth? This is one of only many unexplained developments in the long dark road that we must travel to deal with solving the legacy of New Mexico’s role in UFO history.