UFODigest.com » Paranormal » Conspiracies » THE SELF IMPOSED DESTRUCTIVE EVOLUTION OF HUMANKIND PART I 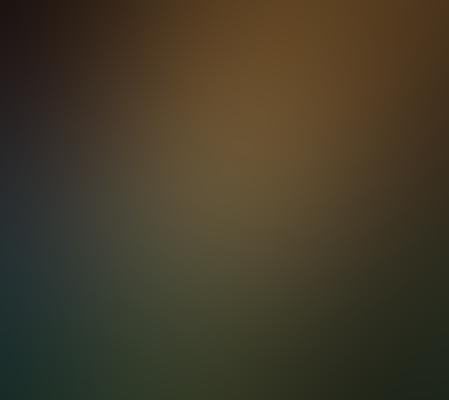 Many of us know the flaws of the Darwinian evolutionary theory. Emmanuel Velikovsky, who was scorned by evolutionists and scientists alike for developing his theory of the sudden catastrophic adaptation of nature due to the cataclysmic effects of an asteroid strike that did not fit in with the consensus of the hierarchy. their theories of mass dinsaur extinction simply did not hold up when compared with Velikovsky’s bright new outlook on such a possibility. Emmanuel’s theory did more than just disprove the previous impotent explanations of his contemporaries, it opened the door to a new perspective on the inadequate theory of evolution as well. The reaction of the scientific community to Velikovsky indicated indoctrination outwieighed objective reality, that consesnsus was more important than deductive reasning. Yet, today out classrooms are frought with the importance of the group as opposed to the betterment of the individual based upon performance.

Yet, we must now begin to grasp the inevitable effects of man’s folly when it comes to unforeseen complications of his technology and oversight. For lurking in our very own water sources as well as within genetic laboratories is an insidious form of both unintentional and intended consequences of modern technology that will plunge humankind headlong into a “Brave New World” of side effects and accidental complications!

In contradiction to the accepted

Just as Emmanuel Velikovsky found that living organisms from dinosaurs to microscopic life could be dealt horrific injury by the sudden massive insult of a celestial events such as an asteroid strike and not only survive but pass on seemingly recessive genetic traits to future generations, so man has done to himself. The consequences of arrogant experimentation unleashed upon the masses or escaped from germ warfare labs has already set into motion forces we cannot yet anticipate that will have a huge impact.

It’s in the food!

From the onset of birth defects caused by untested prescription drugs on pregnant women to GMO’s unleashed upon the public from consumption of foods that have caused frightening mutations when fed to lab rats, the long term effect of commercially sanctioned industrial experimentation goes on.  Generations of Americans and other nationalities exposed to such tampering with the food supply will be felt in the years to come. When more than 50% of the US population alone is on some form of prescription drug that has inherent side effects the future can be measured in eventual consequences for future generations.

It’s in the water!

There are thousands of pollutants that have been found in varying degrees in the public water supply as industrial chemicals, psychiatric drugs, and insecticides. When these contaminants that cannot be filtered by conventional purification methods, come together, the effects can be devastating on, not only a physiological and psychological level, but even on a genetic scale. The cumulative effect over the years and decades that follow are both unpredictable and dangerous. Mankind will doubtlessly be pushed into a strange reality of undiagnosed conditions that are a direct result of influences little understood from a multiplicity of environmental causes that were neither natural nor foreseeable except by the unscrupulous, who profited by suppressing negative findings. The threat of cigarettes would have a devastating impact upon future generations aided by the denial of the producers of the product.

From the far reaching implications of the Fukushima incident whose impact can only be guessed at as the radioactivity contaminates the ocean floor, fish that are consumed, and the immediate area occupied by residents to other environmental time bombs that are ticking, mankind becomes the unwitting participant in a worldwide experiment of irresponsible planning and cover-ups. Is it the destiny of the human body to be at the mercy of industrial accidents, adulterants in the food supply, medications, and more causes that may go undetected?

Imagine the state of mind of the masses ravaged by the accumulation of psychoactive drugs in the water supply as public use becomes more and more tainted in doses that are not just measured in parts per million anymore! We know just from the exposure of selected Navy personnel during World War II to nerve gas experiments that subsequent generations of their children experienced disproportionate incidences of miscarriages, cancers, and other oncological disorders that could not have been anticipated at the time. The human species is fast becoming a guinea pig to the ongoing experimentation of social development. Man unwittingly adversely affects his own development in reaction to many different levels of exposure intended and unanticipated by the scientific community.

Why have experiments been conducted by shadowy government agencies upon an unwitting public such as military aircraft used to release airborne pathogens over heavily populated areas to aerosol forms of LSD being introduced over San Francisco Bay? Are these the actions of leadership that demonstrate a willingness to solve the problems of exposure upon human beings? Yet, more and more a long history of secret experiments and projects have been exposed that will have lasting effects even on a hereditary level that can be measured over generations. Man will become a weakened, diseased, and mentally challenged product of poor political leadership and ruthless corporate profiteering.

Is there any credence to the worst case scenario of the accidental release of super viruses intended for either germ warfare or for the massive exterminations of humans considered to be surplus population that do not fit into the Agenda 21 plan? Are designs for United Nation depopulation schemes to supposedly keep unsupportable levels of the human population from exceeding agricultural and resource levels of the world the inevitable legacy of a ruthless human species that will either orchestrate its own demise or fall victim to a global form of world fascist government that will revert our planet into a new era of the “Dark Ages” brought about by the megalomania of an elite class?

You see humankind is very capable of arriving at a much reviled consequence of actions that could have a perverse evolutionary impact never intended by nature, God, or the unfettered progression of existence. It seems that we are destined as a species to forever alter our very own outcome which may very well be destructive rather than constructive. Has it been as a design of our own self destructive genetic code already installed within us by unknown processes, or are we, by virtue of victimization, simply on the road to self-extermination on so many different levels that we are incapable of controlling these scenarios? Only time will tell. However, one thing seems assured. Man seems totally incapable of governing himself without repeating the horrid and forgotten lessons of history!