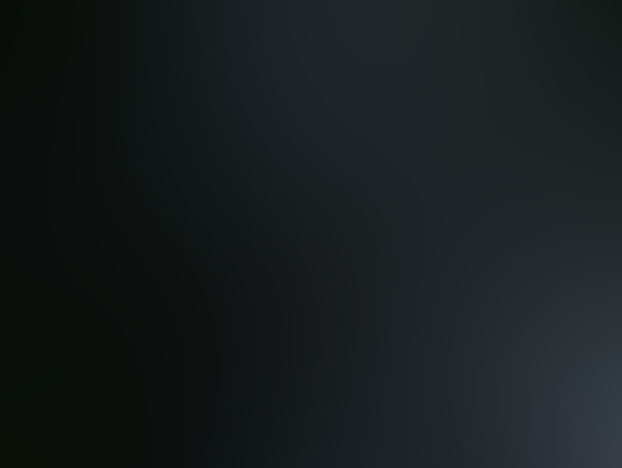 Appalachia is a large area of the eastern United States centered around a Paleozoic formation of eroded sedimentary rock. It marks a region that extends from southern New York State down through Pennsylvania, the Virginias, the Carolinas, portions of Kentucky, Ohio, Tennessee, northern Alabama, and Georgia. This worn Appalachian Mountain range is host to densely wooded vegetation covering the entire expanse of slopes and low altitude peaks. There are often floods in the spring after the winter snow melts in the river valleys.

An area rich in the supernatural

Through-out the vast wilderness of this region is a colorful history of folk-lore and American legends that coincide with the pioneers, Indian wars, Hillbilly families, and secretive moonshine makers. It is here in this twilight world where different cultures, customs, and the little understood superstitions that stem from ancient Indian burial grounds meld together to produce conflicting sources of hauntings, UFO incidents, and sightings of weird entities.

Whether the strange tales of the Mothman, Jerzy Devil, Big Foot sightings, or startling UFO encounters the Appalachian Mountains have often been the frightening landscape where people have been terrified and astonished over what they have stumbled upon. Yet, there is a magical element to the area as well as one thinks of the rich history that dwells within the pages of American history. Some of the most crucial and bloody battles of the Civil War were fought in this region where many claim to have seen the ghosts of Union and Confederate soldiers who died in the midst of savage battles.

Close to a historic site

Not far from Kelly Hopkinsville, the scene of a bewildering confrontation in a simple country house with strange beings that so frightened the members of the family during their get together that they resorted to firing their hunting rifles and shotguns at seemingly other worldly entities. This incident occurring in 1955 began after an unknown aerial object alarmed a couple of the young male family members, who were drawing well water outside to refresh their clan on a hot August night. Recently another startling incident happened  very near that location of this classic UFO encounter. Yet, it had nothing to do with UFO’s though, however, was no less disturbing!

A duo who dare to challenge the unknown

Two young men who have known each other since early childhood were to experience something so shocking they fled the area they were searching determined to stop whatever it was. For some time there had been persistent reports by local rural residents of strange sightings of a large unknown figure lurking in the woods. Covered in fur, walking upright, yet not necessarily associated with Big Foots, maybe being little known this things was not considered to be an ominous threat. At times seen crossing the roads at night but just beyond the limit of headlight beams whatever it is moves into the shadows out of range of passers-by as they drive over the poorly paved winding roads of Appalachia. The two young men, hunting buddies since being kids, were intrigued.

Excited by opportunities to investigate and pierce the darkness as well as the mystery that surrounds this enigmatic figure that makes its way through the ominous nocturnal topography of Appalachia, both men awaited their chance. Somewhere in their immediate area were sightings of something that defied identification as either being a bear or some other conventional explanation though such dangerous animals as panthers have been seen in these menacing woods before.

However, on this night of unholy nights, the two young friends were about to be severely tested as they got their first chance to pursue whoever or whatever lurked in the nocturnal world of the Appalachian wilderness. Not far from their wooded neighborhood a report came in that something was afoot. Not too far away from one of the boy’s home something dwelled in the thick of the night. His mother had cautioned him and his buddy about plunging headlong into the night as the area was poorly lit. Before leaving the house, each one of them grabbed a rifle before climbing into their ATV which was really more like a dune buggy as they started out in the direction of the disturbance.

Those who acknowledge that which is beyond their control

The mountain folk, as many of them are referred to, have a deep respect for things they cannot explain or that might not have an origin in reality that most of us know. Legends of voices emanating from old closed down mines, apparitions near unmarked burial grounds, the vague outlines of Civil War soldiers in the mist of the night, are only a few of the unexpected surprises that plague the unprepared who delve into the nocturnal void where these eerie manifestations emerge. Witchcraft and Indian medicine magic have been practiced among mountain folk in the cloak of the wooded hills and densely overgrown hollows for many years.This aspect also adds to this shadowy world they call Appalachia.

Who or what was it?

Who or what was squatting in the darkened brush beneath the outstretched limbs of a tree as both friends slowly converged on the rustling sounds being made in the shadows. The only light that illuminated that strange night was the broken moonlight that managed to penetrate through the upper branches of the oak trees. The two split up as one moved forward into the darkness and the other rummaged through his ATV to grab a flashlight. Then it happened!

Then he saw what he described as a darkened shape just above the ground like a farm animal or livestock rooting in the soil except that most live-stock are not usually nocturnal feeders. Perhaps it was a feral hog. These are not uncommon in the rural vastness of Appalachia. Escaped farm pigs quickly convert to a wild transformation once they are set free in the wilderness. What the young man expected to see and what suddenly happened were two different things!

When the unthinkable happens

The shadowy figure low to the ground with one quick motion stood straight up and began to move threateningly toward the young man who was so startled he did not even fire his rifle, but frantically backed away! This entity was described as being 9 feet tall! Its head was like that of a sheep with a horn on each side. The eyes were said to appear fiery even in the pale moonlit night. His friend screamed for him to jump into the vehicle as the menacing form of the towering monster advanced upon them. Finally one of them fired his rifle but did not hit or wound their ghastly adversary as the engine came to life and the tires churned the soil into a cloud of dust as they sped away too terrified to think of doing anything else.

What could have happened

That was what they call the “Sheepsquatch”. Their surprise encounter could easily have ended in their deaths and disappearances as the occasional vanishing of mountain folk is not at all uncommon! As luck would have it, they got away. Thinking they were prepared turned into an almost foolhardy appointment with death. So far, these are the only two who have gotten a god look at Sheepsquatch, as they call it. Moments later after getting back to his mother’s house, both men vowed that they would be better prepared next time and ready to do combat with their mysterious foe, who still wanders the nocturnal landscape. From where it comes or what it actually is no one can say. These two young men were experienced hunters, but what they saw unnerved them. They quickly abandoned their skills and firearm regimen to flee for their lives. Still the question remains. What will happen the next time they stumble upon this menacing denizen of the unknown?