UFODigest.com » Aliens and UFOs » THE TRAIL OF THE FOURTH REICH – PART II 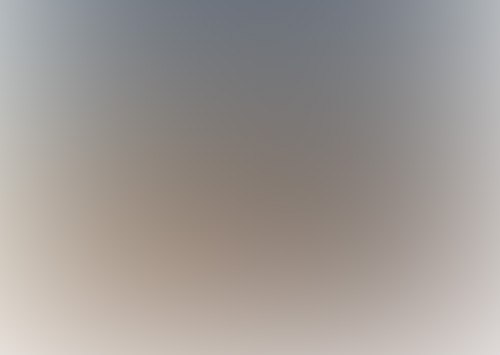 If you missed Part I in this series click here: https://www.ufodigest.com/article/trail-fourth-reich-0905

(In addition to Lavenda’s comments, a 600-page report was discovered, which the Justice Department has tried to keep secret for four years, provided new evidence about more than two dozen of the most notorious Nazi cases of the last three decades.)

The report told of the government’s pursuit of Dr. Josef Mengele, the so-called Angel of Death at Auschwitz [part of whose scalp was kept in a Justice Department official’s drawer]. It also detailed the vigilante killing of a former Waffen SS soldier in New Jersey. It documented the government’s mistaken identification of the Treblinka concentration camp guard known as Ivan the Terrible.

Scathing disclosures came in revealing the Central Intelligence Agency’s participation with Nazi fugitives. Investigators and previous government reports had revealed the C.I.A.’s use of Nazis for postwar intelligence purposes. This report goes further in documenting the level of American cooperation and deception in the cover-up.

The Justice Department report, described what it calls “the government’s collaboration with persecutors.” O.S.I investigators learned that some of the Nazis “were indeed knowingly granted entry” to the United States, despite government officials being aware of their pasts. “America, which prided itself on being a safe haven for the persecuted, became — in some small measure — a safe haven for persecutors as well,” it said.

The creator of Hitler’s elite commando force, Otto Skorzeny, aided the escape of Nazi art treasures and fellow German colleagues. He made himself useful to American intelligence and West German industrials and reconstituted Nazi protection of the Organization of Former SS Officers (ODESSA) in the pipeline of Argentina, Egypt, England, Chile and various hideaways for an estimated 70,000 former SS officers; one of the most notable was the heavily armed estate of Colonia Dignidad. Fugitives such as Martin Bormann and Josef Mengele resided in the Dignidad village, as well as Nazi Baron Frederich August Vonder Heydt.

Boliva had a Nazi party called The Organization National Socialist Americans (ONSA); Chile had three Nazi parties. Argentina’s Juan Peron was blatantly pro-Nazi and pro-fascist. Most Nazi parties in South America were direct divisions of the greater Nazi party in Germany. Carlos Lehder, neo-Nazi, formed the Movement for Civil Latin National (MCLN) in 1983, and he extolled Hitler “as the greatest warrior in history” (p. 302).

This was Bogota, Colombia, but Gestapo Chief Klaus Barbie reached into Bolivia in 1951.

Colonia Dignidad was “a state-of-the-black-art-detention center.” In 1986, underground rooms where prisoners had been held and tortured were discovered and identified (p. 320). A United Nations report of 1976 spoke of electronic equipment where detainees were tied naked to metal frames to receive electric shocks.

“The colony has since changed its name from Colonia Dignidad to Villa Baviera (Bavarian Village), an innocuous-sounding title,” said Lavenda, “that never the less emphasizes its sinister heritage….”

Nazi occultism ranged at present from The Church of Satan, The Process Church of the Final Judgment, The Natural Renaissance Party, The Temple of Set, and others, such as the Universal Order. In Africa, it was the Afrikaner Resistance Movement. There was the Polish town of Nowa Ruba (Ruda) in the foot hills of Fowl Mountains as a one-time Nazi stronghold (More currently, members of the far-right group 1389 packed brochures on Kosovo and posters titled “Kosovo is Serbia” for their Warsaw trip on November 11 and 12, 2007: the group of 10 joined extreme right-wing organizations from Poland, the Czech Republic, Slovakia and Hungary at the far-right conference. The extremists organized a march in the streets of Warsaw carrying such slogans as “All of Poland will be white” or “Enough of Jewish occupation.”)

Throughout the United States, there were many off-shoot clans: the Silent Brotherhood, the Aryan Brotherhood, The Order, and others.

OTHER SITES AND UFO CONNECTIONS

But Nazi connections extended beyond Lavenda commentary: they extended to the topic of UFO reality.

South America is related to several Nazi syndromes: Nazism was spread throughout the country; Tercera Fuerza Nacioal Socialism in Bogota, Columbia. The San Carlos de Bariloche Residencia Inalco mansion in Argentina was said to have been a hideaway for Hitler.  Brazil was also a good place to hide for the Nazis because the Mato Grosso jungle was a perfect place to disappear for Nazi fugitives who were hunted. There was also Tierra de Fuego in Argentina: It is suspected that U-boats U-530 and U-977 – along with 54 other German U-boats – “disappeared” after the war. Some allegedly relocated to the South Polar area. Hans-Ulrich Rudel of the German Luftwaffe was being groomed by Hitler to be his successor. “It is known that Rudel made frequent trips to Tierra del Fuego…one of Martin Bormann’s last messages from the bunker in Berlin to Donitz also mentioned Tierra del Fuego.”

A further Nazi hideout was said to have been the mystery villa Gustav Winter, a Nazi safe house in the Canary Islands, according to author Ernst Zundel.

Ernst Zundel recounted that a Japanese naval attaché told him in late 1943 that a German submarine was using an uninhabited island in the Falklands, and a mine barrier was placed in the lagoon entrance. It was suspected by the Japanese that submarine travels were made to the South Atlantic region and the Antarctic.

Suspected Nazi hide-a-ways range expansively throughout the world and even involve a fortress, Base 211, New Swabia, Neuschwabenland in Antarctica, a secret project by the German Special Bureau 13 connected with the “Third Reich Operation UFO.”

“It is that thought, which reportedly drew Adolf Hitler and the Nazi Party in search of the opening to Hollow Earth,” said writer/researcher Mark A. Mihalko, “an idea that may be surprising to some people. However, it is also easily believable when looking at the different locations, Antarctica and Brazil, are rumored to contain entrance ways into this realm. In fact, like Mount Shasta, the Brazilian mountains are known for UFO and strange sightings.”

A HISTORY OF DRAMATIC UFOs

South America has been replete with UFO sightings and photos (i.e, Recife, Brazil, September, 1987, photo of domed disc with cupola) for many years, extent of the continent, from Monte Grande, Argentina to El Chocca in  the Province of Corrientes, to the Sam Clemente, Chile “UFO Trail.”

“If it’s drama you’re looking for then the continent of South America seems to be the place to look,” said Paranormal-haze.com, “the Latin American experience of UFOs is somewhat different to that of the rest of the world in that sightings here can take a very serious turn, often resulting in serious injuries or even death.”

In August, 1970, Almiro Martins de Freitas, security guard for Funil Dam in Itatiaia, Brazil, fired at a lighted hump-shaped object which blinded the guard with a bright red flash. He was briefly hospitalized.

In 1977 the Brazilian island of Colares was under attack by UFOs which fired what appeared to be laser beams. Over 80 people reported being attacked, 35 with symptoms of radiation sickness and burns with puncture wounds and hair loss.  Two residents were thought to have died.

Recently, on April 14, 2013, Raymond Pool and Igor Geovani sighted and photographed a strange car-size aircraft in the Serra do Gado Bravo of the mountains of Senhor Do Bonfim, Brazil – the Chapada Diamantina Mountain Range north of Bahia. A similar craft was sighted on the 19th by Isaiah Domingos Cavalcanti near Caatingvinha.

On October 17, 2012, photographer Oscar Heredia spotted and photographed a greenish UFO between Mountain Cerro Michi and the Fangnano/Cami Lake in the Tierra de Fuego area. Residents of Tohuin said the object has been traversing the area for decades and always returned to the Mountain.

Said RealUFOs.net: “….the region of Tierra de Fuego looks like a major UFO hot spot with a ‘UFO Base’….the UFO base is believed to exist beneath an icy plateau that liays between some of the island’s many peaks.” Government scientists have monitored and recorded large luminous objects entering and exiting the plateau. A reported UFO appeared to crash in Tierra de Fuego on September 14, 2004.

“Hacienda Dignidad is a mysterious place, deep in the Chilean Mountains,” said journalist and researcher Ingrid Rimland. “Allegedly, it is a trading post for Nazi UFOs.” Ernst Zundel said: “….The Hacienda Dignidad myth is only a small piece of a puzzle that is much larger, much more mysterious, encompassing people all over the globe for at least 60, maybe even 70 or 75 years.”