UFODigest.com » Aliens and UFOs » THE TRAIL OF THE FOURTH REICH – PART III 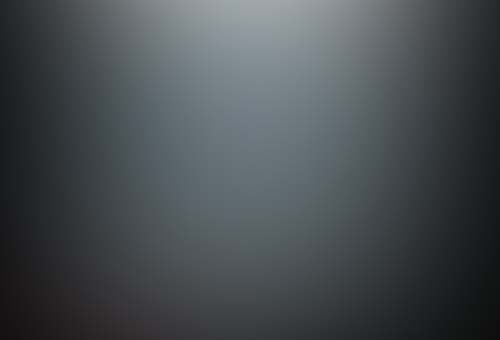 If you missed Part II of this series click here: https://www.ufodigest.com/article/trail-fourth-reich-0905

Ernst Zundel, a flagrantly avid Nazi and publisher of Nazi-sympathetic literature, and also an ardent observer, relayed interesting tales of Colonia Dignidad. He related a story about visitors to the “fabled (Nazi) Shangri-La” in 1978 and 1979. The trip is described through the eyes of Willibald Mattern, associate and co-author, and Zundel’s German attaché Sepp.

Mattern said he saw strange aerial activity going on by very strange aircraft.  He was later discouraged from investigating the ‘whine’ of what seemed to be “jet engines.” When the convoy arrived at the Hacienda, they were confronted by Aryan blonde men in trench coats and their Mercedes Benz. They were taken into custody, investigated for several days, and then released with the admonition that they were in a restricted area and not wanted. Their interrogators were clearly German. One man wore a forage cap used by German mountain troops in World War II.

According to Zundel, a reporter for the El Mercurio newspaper reported in the 40s and 50s that he did penetrate the Hacienda terrain via back roads through the mountains using pack horses “and that he did observe strange flying craft taking off and landing in some remote area of a valley away from the actual community.”

“Mattern was of the view that this place was a supply base for fresh fruit and vegetable picked up by ‘flying saucer,” said Ernst Zundel. “He also felt that the colony served as a rest/recuperation and medical facility for German-staffed UFO bases further to the south, like Tierra de Fuego and even Antarctica proper.”

Founder of the village, Paul Schafer, Nazi, was arrested and sentenced for multiple crimes. He died in a prison hospital on April 24, 2010. The decline of the village is murky. About 280 members, aged German expatriates, are isolated in the village presently. The Colonia now operates a German restaurant nearby.

Visiting the village one gets an uneasy feeling of crossing into some sort of Twilight Zone, said tourist and journalist Bruce Falconer, the way the villagers dressed, their haircuts: It’s like going back to Germany in the 1940s.

Zundel, sometimes accused of alleged fabrication about UFOs, made substantive comments on his beliefs as late as 2002.

Explained historian Lawrence C. Wangler: “In March 1945, just before the end of the war, two German U-boats left a port on the Baltic Sea — reportedly taking with them top SS officers and key members of the flying saucer research team, plus saucer designs and plans for a gigantic underground complex. It’s widely believed that the submarines were bound for Antarctica.”

An amazing 2006 Russian documentary was recently translated into English disclosing hidden information about a U.S. Navy Antarctica expedition in 1946/1947.

The task force was scheduled for a six month period for scientific exploration; it was officially called “The United States Navy Antarctic Development Program.” Its operational name was High Jump, and the naval component was known as Task Force 68. It was composed of 4700 military personnel and one aircraft carrier, the USS Philippine Sea—-one of the largest carriers of the time. Operation High Jump was to establish the Antarctic research base Little America IV.

The Naval expedition was headed by famed polar explorer Admiral Richard Byrd. Byrd’s expedition ended after only 8 weeks. According to the press, crew members going through Chilean ports described “many fatalities,” Task Force 68 had encountered “a new enemy that could fly from pole to pole at fantastic speeds.”

The intelligence report, gathered from Soviet spies embedded in the US, revealed that the US Navy had sent the military expedition to find and destroy a hidden Nazi base.  Instead, the task force encountered a mysterious “UFO force” that attacked the military expedition destroying several ships and a significant number of planes.

Lieutenant John Sayerson, a flying boat pilot, said a strange aircraft attacked his ship: “The thing shot vertically out of the water at tremendous velocity, as though pursued by the devil.” The craft flew through the masts of the ship causing radio antenna to oscillate back and forth in its turbulence. A Martin Flying Boat from the USS Currituck was struck with an unknown type of ray from the object. Ten miles away, the torpedo-boat USS Maddox burst into flame and began to sink. John P. Szebwach, radioman on the USS Browson, likewise observed on January 17, 1947 the mayhem and destruction wrought by the attack. Researchers surmised that the purpose of the attack was to deter the task force and force it to leave but not to destroy the armada.

Admiral Byrd admonished cryptically that this was a “new enemy that could fly from pole to pole at incredible speeds.” Byrd was quoted in the March 5, 1947 Chilean El Mercurio newspaper about an “invasion of the country by hostile planes flying over one or both poles.” Byrd said: “I have to warn my compatriots that the time has ended when we aren’t able to take refuge in our isolation and rely on the certainty that the distance, the oceans, and the poles were a guarantee of safety.”

In the October, 1947 National Geography Magazine in an article entitled “Our Navy Explores Antarctica,” Byrd referred several times to Antarctica as “the mystery land beyond the pole.”

Said author/investigator Jim Marrs in “Secret Societies that Threaten to Take over America: Rise of the 4th Reich”: “The Germans were defeated in World War II…but not the Nazis. They were simply forced to move. hey scattered to the four corners of the world. Many of them came to the United States and penetrated what President Dwight D. Eisenhower termed ‘The Military-Industrial Complex’…they escaped with the loot of Europe as well as rocket science and even exotic technologies. Some of this technology was so advanced that it remains classified in the U.S government files even today…the very same self-styled globalists who created National Socialism in the first place.Their agenda matches that of the Old Bavarian Illuminati.”