UFODigest.com » Aliens and UFOs » THE UFO ATTACK OF SOMETHING ELSE – PART II 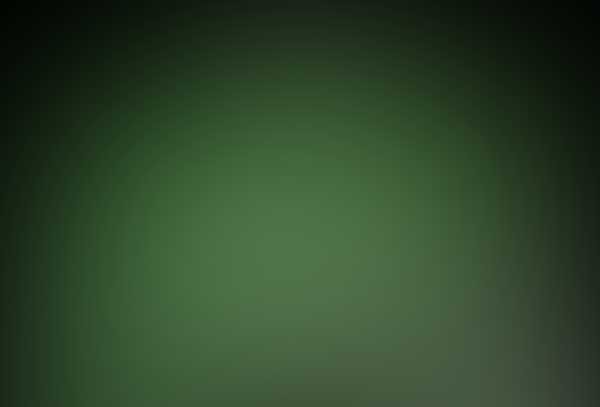 If you missed Part I of this article click here: https://www.ufodigest.com/article/ufo-attack-1107

Just days before his assassination, Kennedy had an itinerary that included Wright Field and Ft Detrick. David Ferrie, an investigator for Banister, was deeply involved in biological cancer research, and several people involved in the affairs in New Orleans were murdered (Mary, Ferrie + the Monkey Virus: The True Story of an Underground Medical Laboratory, Edward T. Haslam).

A number of UFO crashes are mentioned, such as the 1964 Big Thicket, Texas crash, and others, in 1958 (Arizona) and Northern New Mexico, near Taos, in 1961: “….the retrieval teams were overcome with nausea and dizziness, and at least two died of a ‘flesh-eating virus – kind of like Ebola’….” In the Big Thicket case, the team from Fort Hood were “garbed in biohazard and protection suits.”  Will, a witness at Big Thicket, often wondered how many spheres may have landed, unknown to the military, and may “have possibly unleashed such viruses upon the local population.”  (p. 171.) 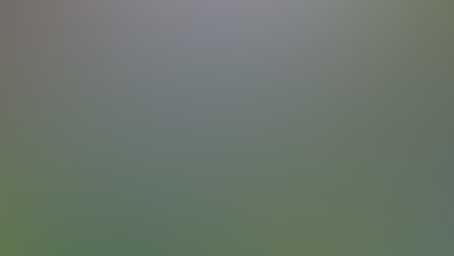 An alleged UFO with occupants crashed on January 23, 1974 on the Berwyn Mountain Range in North Wales, Cader Berwyn.

“….other sources – some with official backgrounds – claim to have heard of distinctly similar stories and rumors that link the Berwyn saga of 1974 with Porton Down, the British equivalent of Fort Detrick.” (p. 188.)  Porten Down became focal in the December 1980 Rendlesham Forest, Suffolk, England UFO case. “….a number of personnel from Porton Down were reportedly dispatched to the area and, dressed in some sort of full-body protection suit, entered the woods – for reasons that remain unknown.”

The United States and Mexican governments became involved in the Chihuaha, Mexico crash of August, 1974.  A document entitled Research Findings on the Chihuahua Disk Crash said: “Unfortunately what caused the deaths of the Mexican recovery team is not known. Speculation ranges from a chemical released from the disk as a result or illness by any of the recovery team.” (p. 203.)  “….reference to an apparently lethal biological agent present at the scene is very worrying,” said the authors. (p. 204.)

The authors concentrated on accounts of animals, particularly cattle, being surgically and professionally mutilated throughout the U.S, especially the Midwest. Debunkers laid the blame to predator damage, “despite the phenomenal number of mutilations and the repeated sighting s of anomalous aerial lights, all of which suggested that some form of coordinated operation was under way.”

As a means of biological warfare by aliens, the authors explored the theory that “suggests cattle are mutilated primarily to harvest HIV antibodies and virus from blood in quantity and to obtain information relating to possible HIV transmission in humans…”  (p. 244.) They warned that this is still very much is unproven, and they cite a Los Alamos National Laboratory study that HIV-1 virus was first established about 1930.

A “strange cluster of deaths”, 2001 to 2005, of numerous individuals working within the elite field of microbiology is examined in detail by the authors. Some had connection to the British chemical and biological defense establishment at Porton Down.  “….those with intimate knowledge of the alien virus may, in the period 2001-2005, have also have been targeted for termination by majestic 12.”

Alternate theories are found in a “Blue Boy” document entitled UFO Reports and Classified Projects: The CIA Perspective that are just as sinister but completely earthly: At the end of World War II, the Japanese Unit 731 was granted permission to continue biological warfare activities in “experimental platforms” with “guinea-pig crews.” Discussed as well are alleged V-2 rocket crashes carrying biological warfare experiments developed by I.G. Farben. I.G. Farben was the company “that made the Zyklon-B gas that was utilized in the Nazi death camps of the Second World War.”

Supposedly, in the files Timothy Cooper, as provided by a source at the CIA, “Blue Boy” details “a further theory that links Roswell with down-to-earth (as opposed to extraterrestrial) biological warfare activities.” Blossom Project, for example, was responsible for the first biological experiments in space.

One of the most controversial chapters is the 23rd chapter wherein a “John” told about his year as a custodian and editor of the Majestic files from 1943 to 1968. “John” alleged that this “History Department” was at an overall location that he surmised to be Area 51. He was told that this location “was involved in the development of prototype and radical aircraft, biological warfare, chemical warfare, exotic weaponry and ‘something else.’”

According to a document called “S-1,” MJ-12 ceased to exist in 1969 and became a private concern “financed by big money and big science.”

An early document John saw was from 1943 and concerned “tests and experiments on a group of unusual-looking people.” The entire paper-trail appeared to have been destroyed by people involved in this project.  One document titled Autopsies – Bodies Unknown Origin 47 dealt with the bodies of eight strange people found in the New Mexico desert in the summer of 1947.

Tyler Kokjohn is a professor at microbiology at the Midwestern University Arizona College of Osteopathic Medicine. To quote Dr. Tyler Kokjohn: “The authors presented an astonishing tale based heavily on falsified documents and sometimes indirect witness testimony.  In the end, the story between the lines they probably never intended to reveal – of incurious investigators and fatal omissions – was the more interesting because it appears to be true.

“The book is fundamentally a one-sided interpretation of alleged facts extracted from written materials of dubious provenance and/or obtained from witness testimony much of which is indirect hear-say.  Whether MJ-12 and other Roswell incident-related documents are authentic has long been controversial. Unfortunately, the accounts provided by the authors do not dispel doubts, they increase them.”

Many investigators retain a cautious but quizzical approach, to quote Bill Hamilton, executive director of Skywatch International, Incorporated: “I have not made up my mind yet on these documents and I think it is going to take further involvement to make assessments of the arguments both pro and con….If there is some truth, even a modicum of truth, in these documents, then the implications are far-reaching and I am sure that you can all use your imagination to see this.”

Robert M. Wood spoke at a July, 2001 MUFON Symposium in Irvine, California on the  Mounting Evidence For Authenticity of MJ-12 Documents: “Ever since the first ‘leaked’  MJ-12 Eisenhower Briefing Document in 1984 describing a top-secret crash recovery program, the authenticity of UFO documents has been questioned. With the continuing exposure of hundreds of classified pages by numerous unidentified sources, the evidence favoring authenticity is mounting. This paper will update the status of the available documents, generally what they say and provide a concise status of the issues regarding authenticity, including the answers to those with a skeptical view. Of particular significance will be the results of research and forensic studies, including those on 22 pages on original paper, where chromatographic ink dating and other state of the art techniques clearly indicate that the documents were likely to have been created long ago and cannot be modern high tech fakes. The classic comparisons with archival authentic documents show the expected similarities, and the content is shown to be consistent with numerous arcane facts known to only scholars in historiography.”

“Difficulties with identical signatures will be explored,” Wood continued, “including the astonishing possibility that the sophisticated document cover-up started in the early stages of documentation in the State Department in the 40s. Remarkably, the most likely hypothesis is that we are seeing a leak of copies of genuine documents held in personal files for decades; the conclusion is that we have had a stunningly successful UFO research cover-up for five decades and if these crashes and recoveries occurred, such documents ought to exist.”

Dr. Robert Wood has a Bachelor of Science in Aeronautical Engineering from the University of Colorado and a Ph.D. in physics from Cornell. He enjoyed a 43-year career at McDonnell Douglas managing research and development projects and has spent over thirty years privately investigating extraterrestrial related phenomena. He began research into the Majestic-12 Documents in 1995.

“Whether genuine or not, the files were carefully crafted, told an astonishing story and, again, promoted the idea,” said the authors, “that alien viruses were a reality. Not only that: those same viruses were incredibly deadly too.”

For more information or to purchase this book from AMAZON.COM, simply click on its title: Alien Viruses: Crashed UFOs, MJ-12, & Biowarfare