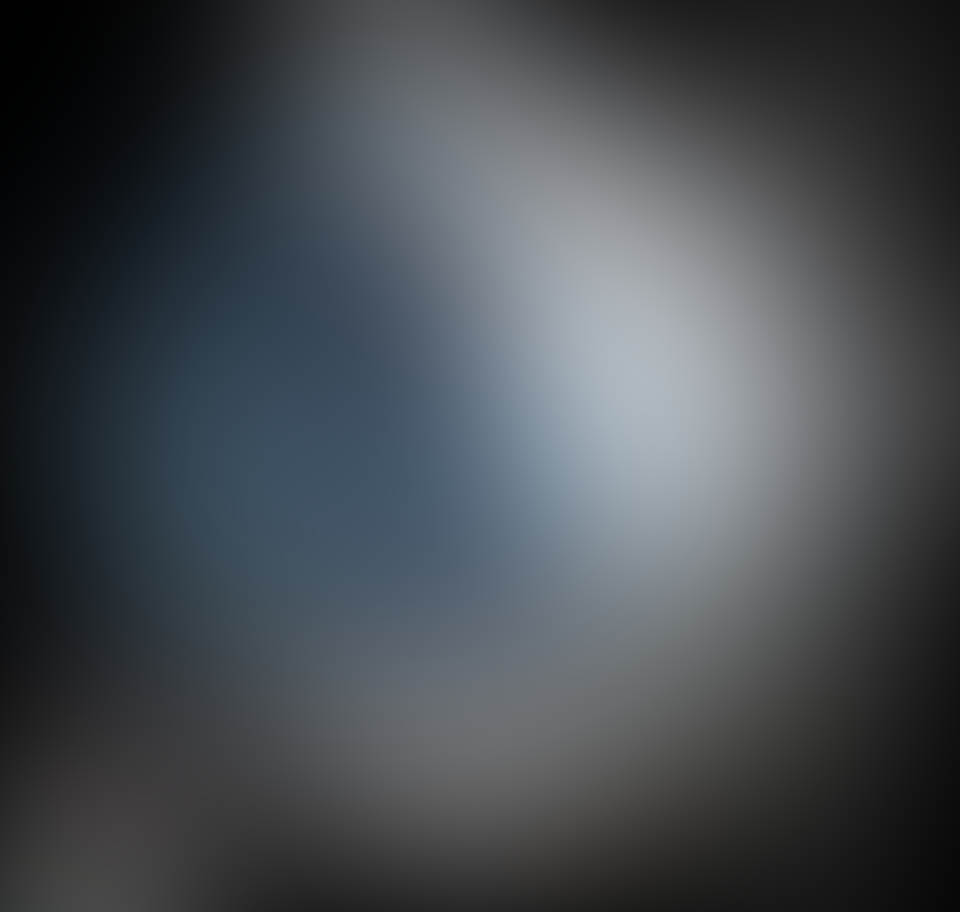 Joseph P. Farrell has written many books on the secrets of the Third Nazi Reich and its continuance into a worldwide cabal of a Fourth Reich hidden through the political machinations and devices of this fascist corporatism.

Farrell concentrates in this tome on how this was played out in the life of the one-time Deputy Fuhrer to Adolf Hitler, who was third in succession to become head of state and government after Hitler and Reichmaschall Herman Goring. Much of Farrell’s book centers around Rudolf Hess’s mystery flight on May 10, 1941 to Great Britain, the questions surrounding the motives of the flight, the possibility of a doppelganger Hess, his confinement at Spandau prison, his death and possible murder, his incoherent and bizarre behavior at the Nuremberg trial, and the Nazi plans to complete a German annexation agreement on the Reich ownership of Antarctica.

“…the Hess Mess is indeed a colossal, gigantic inexplicable mess,” says Harrell.  “There are no easy answers here: there are only uncomfortable synchronicities and question boarding on the absurd and bizarre, and speculative scenarios whose sweep and scope are truly immense, bizarre, and horrifying.” (p. 256)

“Thus, the messiest aspect of the ‘Hess Mess’ is that it does spin out of control, wildly and very quickly, into associations and relationships with mind control,” also says Farrell, “Antarctica, Atlantis, into conspiracies of doubles and double-crosses, and into strange lore and myths, which Hess, no stranger to the occult, and as Hitler’s Deputy in the Nazi Party, most certainly knew.” (p. 7)

Farrell introduces the reader to what might be characterized as “Spandau Hess” with events involving his impressiveness and possible murder of either the ‘real’ Hess or a substitute doppelganger. Relying on researchers such as Peter Radfield and others, Farrell suspects many of the guards and the nurse Aballah Melaouchi, as well as the several medical orderlies that might have been involved in the possible murder. There is mention of an electrical cord and probable strangulation marks on Hess’s neck (pp. 15-32).

Hess’s son, Wolf  Rudiger Hess, also questioned the discrepancies in the death of his father. British forensic pathologist and professor of forensic medicine, J.M. Cameron, was selected to perform the autopsies, and he had also found a suicide note. Wolf Hess requested his own autopsy of his father which indicated probable strangulation. Hess attempted to see his father, says Farrell, but was stymied, only being allowed to see his father through an open door and receiving peculiar and skeptical responses from his father.

“…we saw that there were unusual and possible connections between Ewen Cameron, the psychologist who would become such a central component of the postwar CIA’s MK-Ultra mind control program,” says Farrell, “and who was the very doctor brought in by Allen Dulles to examine ‘Hess’ at Nuremberg…First, and most famous example, of Mind Control on record.” (pp. 89, 92, 93, 253) .

“Such behavior is characteristic of victims of mind-control experimentation and techniques,” continues Farrell, “and it is not the last time we shall encounter that subject with the Hess Mess, far as we shall eventually discover, it is a consistent and egregious feature of the affair.” (p. 47)

Wolf Hess spoke about mind-altering drugs in his father’s demise, as well as a mysterious affidavit dated February 22, 1988, telling of certain conclusions about “Western secret services.” The document told of political assassination, according to Wolf, in what Farrell captions as the “military-intelligence-national-security-complex.” (pp. 50-54)

Much of the Hess mystery began in Hess’s background. In 1919, Hess joined the Thule Society which is an anti-emetic, quasi-occult lode in Munich, Germany. The Society had its own Kampfbund army. A noted member was Dietrich Eckart who helped formulate the Nazi money-laundering, X-funds theories of “debt-free money by-passing central banks…”

Barron von Sebottendorff had studied the Giza complex and the doctrines of esoteric Islam and also beliefs of Lanz von Liebenfels andGuido von Lest. These practitioners held the Aryan Purity belief in which Aryan’s were dispersed from the North Pole. Hess is believed to have sheltered these beliefs himself in the Party, although Hess had been forbidden to speak on this doctrinal background at his Nuremberg trial.

Relying heavily on the research of Picknett, Prince and Prior’s Double Standards: The Rudolf Hess Cover-up and W. Hugh Thomas’s, The Murder of Rudolf Hess, and other searches such as Hess’s son Wolf Hess, Who Murdered My Father, Rudolf Hess?, Farrell examines the bizarre behavior of Hess over the span of his arrest, trial at Nuremberg, and the possible use of Mind Control and even a Hess “double.” (pp. 38-50, 113-115)

One suspicion was the May 10, 1941 flight by Hess to Great Britain was the bringing of “peace overtures” and Hess’s opposition to Operation Barbarossa, says Farrell. Another factor may have been a prophecy and preview of a German atomic bomb believed to have eventually detonated near October of 1944.  Hess’s flight may have also been to “seal the deal” of peace negotiations begun in Sweden, Switzerland and Spain (John Harris, Richard Wilbourn, Rudolf Hess: A New Technical Analysis of the Hess Flight. Farrell refers to secret meetings with General Karl Haushofer and his son Albrecht which concerned a “fusion” of the United States with Great Britain.

The most startling theory concerned “a coordinated coup d’ etat” which was planned to overthrow both governments, Britain and Germany.  (pp. 132-146)

The Possible “peace faction” behind Hess was Sir Samuel Hoare, Lord Beaverbrook, British foreign intelligence MI-6 Sir Stewart Menzies, groups such as the ″Bright Club,” “The Link,” and other pro-peace factions. There were topics such as a German expansion of Lebensraum or the display of the Jewish problem and a possible “Jewish homeland.”

Farrell suspects some kind of plan or ploy was instigated for a “more moderate coalition government.” (pp. 166-176) This could have evolved into an “international bilateral coup d’ etat plot” of a Hoare-Hess “defacto and dejure treason.” (p. 173)

“Hess not only was capable of being involved in such a scheme, but there may have been a quiet, concerned propaganda campaign,” says Farrell “to prepare the German people or his assumption of power with a more moderate coalition government, perhaps one, as we have seen, included Goring.” (p. 176)

Farrell explores further that Hess’s “peace plan” may have been a mechanism to also ‘warn’ the British about the on-coming ‘final solution’ of the Jews (p. 224).  Farrell lists the disclosures by Max Nordau (Pre-World-War-One), Rabbi Stephen Wise (Pre-World-War- One), Ben Hecht and Robert John (Pre-Hitler) mentioning of six-million Jews or people (p. 228).

The “Jewish Question” was broached by Wolf Hess, the Program Halifax, the Zionist Movement, Lord Victor Rothschild, and the Apostles Society, in what seemed to be groundwork primarily for “the Holocaust.” There was even mention of finding land parcels to where the Jews could be safely migrated to.

Another puzzle piece appeared to be an occult book which Hess took on his flight called the Black Book of Laoughcrew which told about Holy Objects and buried treasure.

Farrell further suspects Heinrich Himmler and Rudolf Hess may have actually been part of an assassination plot of Hitler. “…the sine qua non of any negotiated peace in the West was the removal of Hitler from power,” says Farrell.

MORE ON HESS AS A DOUBLE

Farrell explores further the possibility of a “Hess double,” as told about in W. Hugh Thomas’s book The Murder of Rudolf Hess.  Indicatively, “Spandau Hess” had no war scars, and this newer Hess was a smoker.

Allen Dulles, OSS status chief in Zurich and later director of the CIA as well as the notorious member of the Kennedy assassination Warren Commission, asked MK-Ultra “mind control” expert Dr. Ewen Cameron to examine Hess. Various authors propose that Hess was a manufactured mind-controlled Manchurian candidate experiment (pp. 90-91). The alternative theory had been that someone performed as a convincing double. Surprisingly, Ewen Cameron was related to Dr. James Malcolm Cameron who conducted the Hess autopsy.

“…Hess was eventually brought to the Tower of London under conditions of extreme secrecy, where he remained briefly, during which period he was drugged…Hess’s mental and emotional behavior appeared to deteriorate dramatically…the Hess who returned to Nuremberg in 1945 lacked the proper scaring from World War One wounds means that at some point during his stay in Britain, a double was substituted for the real Hess, who remained in their view in Scotland…any number of reasons for the creation and substitute of a double…” (pp. 194, 196)

“…There is evidence that Hess’s mission was about far more than just a plan for Britain’s consideration, one touching on all these subjects, from atomic bombs to the ‘Jewish question,’” says Farrell, “from European peace and order to Antarctica, for consideration.” (pp. 85-86)

Nazi Germany always had an inclusive interest in Antarctica ever since Hermann Goring’s May9, 1938 expedition. Goring’s expedition was a first-step-plan to “annex” Antarctica into the Reich’s ownership, and that a post-war use was in store for the continent: Germany was “staking a claim” (p. 240). This maneuver was rejected by the Norwegian government, and this “dispute” may have come up in the “Hess Mess.” Picknett, Prince and Prior suspected that Hess’s flight also had the purpose to “conclude matters” of Antarctic ownership (pp. 250-251).

The United States was likewise mixed into the Antarctica mystery when an Operation High Jump utilized over four thousand people, an aircraft carrier, a submarine, aircraft helicopters, and special equipment to investigate the continent..

Admiral Richard Byrd was the leader of the operation and was accompanied by his son, Richard E. Byrd, Jr. Others involved in the operation were Rear Admirals Good and Cruzen, Vice Admiral Forrest Sherman, the Naval Chief of Staff Fleet Admiral Chester Nimitz, and Secretary of the Navy James V. Forrestal, who later became Secretary of Defense.

Operation High Jump had a destination of QueenMaudland/Neu-Schwabenland described as a maneuver of “an encirclement of conquest” as well as an “attack from three fronts” (pp. 241-242)

The death of Admiral Richard Byrd’s son, Byrd Jr., bizarrely happened in September 1988 (on his way to a highlighted commemorative dinner for his father), shortly after being seen in the company of an unidentified man.  Byrd Jr. had accompanied his father on the 1947 expedition (pp. 247-248).

Farrell is skeptical about the growing popular theory that a Third/Fourth Nazi Reich “fortress” was established in the bowels of the Antarctica wastelands, as he says he does not feel it was mechanically possible, indicating the problems that the Americans had in Project Iceworm and Project Century in Greenland[1].  Farrell, however, says the Americans were, indeed, looking for something (p. 245).

There are some contradiction and dissent for Farrell’ skepticism, such as the Chilean Newspaper account of a UFO attack witnessed by members of Operation High Jump; also the beliefs of the late investigator Jim Marrs who so vividly wrote on Antarctica and its Nazi occupation[2].  Other researchers believed that the Nazi discovered thermal vents and other reasons to establish an Antarctica base[3]

A GIGANTIC COLOSSAL AND INEXPLICABLE MYSTERY

“…the Hess Mess is indeed a colossal, gigantic inexplicable mess,” says Farrell.  “There are no easy answers here: there are only uncomfortable synchronicities and questions boarding on the absurd and bizarre, and speculative scenarios where sweep and scope are truly immense, bizarre, and horrifying.” (p. 256).

“…the case is a wild roller coaster ride through a hall of mirrors enclosed in a fog of obfuscation of claim and counterclaim and a badly confiscated and contradictory narrative,” says Farrell, “a narrative also overlaid with wild postwar neo-Nazi assertions of Antarctica survival and UFOs and the usual academic attempts at debunking them.” (p. 5)

Farrell gives much credit to authors and researchers such as William Stevenson, Gloria Vitanze Basile, Picknett, Prince, and Prior, John Harris and Richard Wilbourn, Nicholas Goodrick-Clarke, Lynn Pickitt, Clive Prince, Stephen Prior, W. Hugh Thomas, Joscelyn Godwin. and many others..