UFODigest.com » Aliens and UFOs » THE UFO STALKERS AND THE HIDDEN SOCIETY – PART II 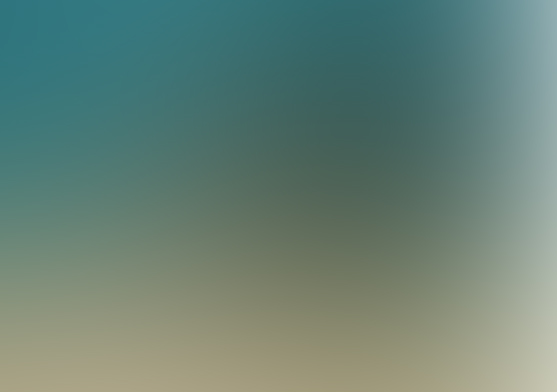 The men from the craft fled and the object disappeared. The hunter experienced a “black out” and had a loss of three hours in memory.

If you missed Part I of this article click on this link: https://www.ufodigest.com/article/ufo-stalkers-0331

Miller went to work the next day to an Air Force office. Three men in black suits arrived.  They said they were from the government, but showed no credentials. In a very brash manner, they queried Miller as to if he was being truthful, but they already knew every detail of the incident. “We have a report,” they informed.  They examined the boots that Miller was wearing that night.  “They seemed to know everything about me; where I worked, my name, everything else,” Miller said.

IF YOU VALUE YOUR LIFE

Carlos de Santos Montiel was flying his Piper PA-24 plane over Tlalpan, Mexico on May 3, 1975 when he was besieged by 3 disc-like objects that escorted de Santos for some time.  The plane would not respond at first, but the 23-year-old regained control and landed at the Benito Juarez International Business Airport.  “They were disc-shaped, about three to four meters in diameter without antennas,” said Carlos, “had a dull gray fuselage and a sort of windshield, all without rivets and completely smooth.” 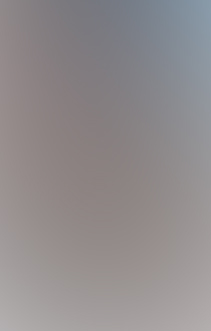 If you would like more information or wish to purchase this book from AMAZON.COM simply click on this link: The Truth Behind Men in Black: Government Agents — or Visitors from Beyond

Following his encounter, a black limousine coached Carlos to a stop.  A man in a black suit prevented Carlos from leaving his car and he noticed four men with wide shoulders, resembling Scandinavians with pasty skin.  “Listen kid, if you value your life,” demanded one of the men, “do not talk to anyone about what you saw.”

A month later, June 1975, waiting at a tavern to speak to UFO researcher/astronomer J. Allen Hynek, one of the same MIBs approached Carlos. “We warned you not to talk,” the MIB threatened. Carlos described the MIBs as being “strange, burly…pallor skin.”

APPEARS IN ANY FORM

In 1924, Newsman John Cole went to investigate a crashed plane in Braxton County, West Virginia.  A man in a suit met him.  The man had high cheekbones, slant eyes, and dark skin.  He informed Cole that “no one was hurt and no crime committed.”   The man was also looking for a “thingamajig.”   At 3:00 a.m., an Army officer came, having the same foreign appearance, making demands about the same object (John Keel, The Cosmic Question, Panther Granada Publishing, 1978).

“Some people believe that the world’s governments are in cahoots to suppress information on the subject, have spread the idea that the ‘Men in Black’ are CIA agents,” said researcher Linda Murphy in  Astronet Review No. 1, February 1, 1992, “but this hypothesis is difficult to maintain in view of the evidence for their world-wide appearances, the uniformity and peculiarity of their looks, and strangeness of their conduct.”

“Study of 32 of the more reliable cases on file reveals the many details diverge markedly from the archetypal story: there were, for instance, no visitors at all in four cases, only subsequent telephone calls,” said Orbis Publishing, 1991, “The Unexplained,” No.10, “and, for the remainder, only five involved three men, two involved four, five involved two, while in the rest there was mention only of a single visitor.”

Perhaps the most comprehensive list is that of Gareth J. Medway in the March 8, 2012 Mac’s UFO News (http://wwwmacsufonews.blogspot.com/2012/03/men-in-black-encounters-short-catalogue.html.):  “The following list cannot be complete, but it does I think include all of the well-known cases, and many little-known ones.”

Some researchers even maintained that the famed September 19, 1961 UFO abduction of Barney and Betty Hill near Portsmouth, New Hampshire indicated a paranormal and mystical nature of the “visitors.”  John Fuller’s The Interrupted Journey fully examined the episode (Penguin Group, 1975).

Described as “red-headed Irishman,” one of the “visitors” that appeared was wearing “a shiny black coat and black scarf.”  The creatures had strange insect-like faces with wide, thin mouths, huge slanting eyes that seemed to glow and went around the creatures’ heads.  “The point is that we Americans are building a mythology for ourselves,” said Linda Murphy, February 1, 1992 in Astronet Review, No. 1, “just as the Europeans did with their tales of dragons, ogres and elves, and just as all people have done in all parts of the world in all ages.”

Linda Murphy continued:  “The devil, for example, was very often described as a man dressed in black. The ability to change shape and appear in any form was common, attributed to demons…the same range of physical symptoms reported by those who encountered the MIBs.”

George Hansen in The Trickster and the Paranormal (Xlibris Corporation, 2001, http://www.xlibris.com/…) denoted such a phenomenon as “the Trickster”:  “The ‘Trickster’ is a character type that appears worldwide in folklore and mythology.  The term was probably first introduced in this context in 1885 by Daniel G. Brinton. Virtually all cultures have Tricksters, and there are innumerable examples; a few include: coyote of North American Indians, Hermes of the Greeks, Elegiac of West Africa, and Loki of the Norse.  There is considerable diversity among them.  At one end are primitive buffoons, at the other, gods.”

“….there is a strong case here for psychic aspects of UFOs,” said Jacques Vallee, “but just saying that UFOs belong to the realm of psychic phenomenon doesn’t explain them.”  Vallee added:  “”It may be that there is inherent in our species, a sort of built-in defense mechanism, that reveals itself only in times of extreme social stress, and one of its manifestations is the phenomenon known as UFOs….that certainly produces some very unusual biological consequences….a triggering of a genetic process….people seeing things in the sky, and various physical effects might even result.”

Jacques Vallee was describing a very peculiar liminality to the social “chemistry” of the physical and parapsychological basis of the UFO phenomenon. That reality intimately permeated the intricate inner-structure of this unusual activity.

Researchers, such as Peter Levenda, said that a secret space program and society fit into this “mix” (Secret Space Program, Amsterdam International Conference, April 3, 2011).  Very early in the 20th century, inventors and wealth entered a “matrix” of technology and mysticism beyond popular funds and resources into programs well advanced ahead of common knowledge.

This airship was created in 1904 by the Thule Hollow Earth Society to help them explore the underworld through the opening at the North Pole.  It carried a full accompaniment of weaponry that allowed them to successfully attack and defeat Baron VonClaus’ legion of mutant dwarves, thereby taking over his outpost and manufacturing facilities.  Utilizing the captured VonClaus anti-gravity drive made possible the creation of the flying saucers that would be later acquired by Adolph Hitler in 1943.  Equipped with an anti-gravity drive for propulsion, the Groser Auk was last flown by dwarves that escaped from the VonClaus work camp and were shot down by Nazi flying saucers over Roswell, New Mexico in 1947.  The survivors were indefinitely detained by the U.S. military and along with remains of the airship, were relocated to the Area 51 facility for national security reasons.
(The work and photography of William Wardrop, [email protected]. C 2007.)   http://www.freewebs.com/steamnoir/ 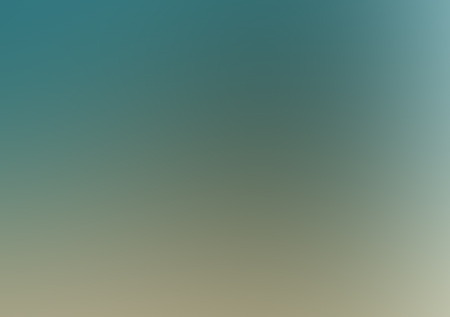 Two of Jules Verne novels, “Robur le Conquerant” (1896) and its sequel, “Maitre du Monde” (1904), inspired the Albatross.  This Heavier-than-air Warcraft became the centerpiece of the movie “Master of the World” (1961) adapted to the big screen by Richard Matheson. It starred Vincent Price as Robur, the half-mad genius and captain of the Albatross.
http://www.freewebs.com/steamnoir/
Photo credit: William Wardrop is the model maker of the Albatross shown above. Visit his website listed above.

The “Mystery Airship Phenomena” of the late 1890s are a case in point, and some researchers, such as Jim Marrs (Rule by Secrecy, HarperCollins Publisher, 2001, Our Occulted History, HarperCollins Publisher, 2013.) spoke about a salient technology that existed through the years beyond surface culture, including inventors such as Jack Parsons (1936), the Nazi culture and science of the Third Reich, the Mysticism of the Nine (1952), Operation Paperclip, and much more.

Science-fiction writers such as Jules Verne (Robur the Conqueror) and H.G. Wells (The Shape of Things to Come), as was so often true in fiction prophecy, seemed to visualize life that was about to become reality.  Modern-day writers look back and see things as they might have been (Dawn of Steam: First Light Paperback by Jeffrey Cook and Sarah Symonds, 2014).

A list of theories and case histories have been gradually advancing along the lines that Jim Marrs and Jacques Vallee spoke of – Leonardo Da Vinci secrets, the Sonora Aero Club at the dawn of the century, and other mysterious industries. Sometimes referred to as the “Illuminati” (more recently as the Military-Industrial-Complex), these True Believers adjoin this “elite” of a global and superior technology that would possibly explain the antics of the Men in Black.  The activities included the strange UFO incidents and various political confluences that “swim under the radar.” 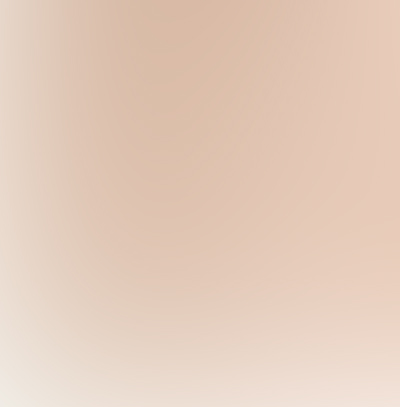 “The conspiracy is immense and terrifying, stretching from Hassan-i-Sabbah, 11th-century Assassin, to Ian Fleming (who caricatured the order as ‘SPECTRE’). It is the network of those who run networks. Given its power, you should assume that anyone writing about the order must be either lying or part of a conspiracy to confound you. In wondering about the Illuminati, merely remember this. You have never arrived. (Note the motto of the Assassins: ‘Nothing is true. Everything is permitted’).”

“We have to reevaluate the history of the world since 1945…we have to go back and look at it again,”said Levenda, “…break-away civilizations…about motivations, about how to create a space program for the rich and powerful…(who want to) jump-start  evolution…(they  try  to create) companies based on fear.”

“All serious magical rituals are a hidden advanced technology, concealed in a cipher now revealed. The Ultra terrestrials have been our teachers, puppet masters, body snatchers, lovers, and slave masters.  Among us are Adepts who are in league with them, from the ancient priesthoods of light and darkness, to the Hidden Church of Light or Great White Brotherhood, and the Dark Lodges or the Black Lodge.”

Secret Rituals of the Men in Black, Allen H. Greenfield, 2005. http://www.bibliotecapleyades.net/cienciareal/men – in – black.

“There was no (space) race: there was a cooperation,” said Levenda, “…another level of government in the world.”