UFODigest.com » Aliens and UFOs » This the anniversary of Captain Mantell’s fatal UFO pursuit 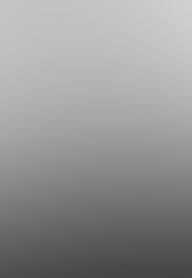 At 1:30 PM January 7, 1948 a strange incident occurred that has never been explained. That incident cost a 25 year old Air National Guard captain his life. This very competent pilot had seen action in World War II and was a fighter “Ace” (five or more enemy kills). Yet, nothing could have prepared the brave young air warrior for what he was about to encounter.

Early hints of that which was to come

Prior to 1948 there had only been hints at possible UFO aggression. The disappearance of 5 TBM Avengers off the coast of Florida was one unexplained loss of US pilots and their aircraft. The numerous sightings of “Foo” fighters that had terrorized several bomber crews over Europe and the Pacific theater was another indirect yet non-aggressive yard stick of unidentified aerial phenomenon where, if there had been fatalities, they had not been observed or reported. At the very least it seemed that a global surveillance of man’s hostilities and defensive capabilities was being conducted by an, as yet, unknown entity.

Even Captain Edward J. Ruppelt, Director of Project Blue Book, covered the Mantell aerial crash and commented that a thorough check of weather balloon launches all over the possible regions that could have produced a sighting had been undertaken. Ruppelt’s opinion was that Captain Mantell had misidentified a weather balloon at a higher altitude than his and had lost his life in pursuit of it. However, Ruppelt was unable to find a recorded balloon launch event in the general region.

As Godman Army Airfield observed a large glowing sphere that had been hovering within their line of sight, state troopers, and other trained observers had corroborated the existence of an unknown aerial object within their air traffic control jurisdiction. Later that day UFO’s displaying fantastic flight speed and capability in neighboring Madisonville were reported at approximately 7:00 pm. So as Captain Mantell’s flight of 4 F-51 Mustangs flew over the area on their way to Standiford Air Base in Kentucky from Marietta Army Air Base. Control tower operator, Quinton Blackwell radioed the flight leader, Captain Mantell, for assistance in identifying the unknown object.

Mantell’s aircraft was not fitted with a pressurized cockpit or high altitude oxygen mask. One of his wingmen did have an oxygen mask but was low on supply. When Mantell acknowledged the Godman Tower request to intercept the unknown aerial object, one flyer dropped out of the formation low on fuel, and to retrieve an oxygen mask while the captain was followed by his wingmen lieutenants Clemments and Hammond to an altitude of 20,000 feet. Only Clemments had an oxygen mask. Mantell pointed out the object to his trailing lieutenants as being at 12’oclock.

A plan that led to disaster

According to Mantell’s plan, they would ascend to 25,000 feet for 10 minutes to try and identify the mysterious airborne enigma and break off the pursuit if they had no luck from there, but Clements and Hammond broke off the chase at 22,500 feet, descended, and headed for Standiford at about 3:15 pm. Clemments had mentioned that at 16,500 feet just before using his oxygen mask, the air was already getting dangerously thin. I must take this opportunity to interject that during World War II bomber training that crew members were subjected to the equivalent of 30,000 foot altitude air density for a number of minutes and then would perform a series of mental tests based on acuity. Such actors who had enlisted for duty after Pearl Harbor such as Clark Gable qualified under such conditions. Mantell, an experienced aviator with more than 2,000 hours combat time, likely knew his limits.

It was at that time that Clemments reported he had lost contact with Mantell who still appeared to be climbing into the sun as he and Hammond withdrew from the area. After several attempts to raise the captain form Godman Army Airfield tower with no response, a report came in that at 3:50 pm, Mantell’s F-51 Mustang had crashed near a farm house in Franklin, Kentucky. The 25 year old World War II hero was found dead in his aircraft and pulled from the wreckage partially decapitated by Franklin County Fire Fighters. This was the official version of the story.

That the young Mantell had suffered from anoxia (Oxygen starvation) and lost control of his aircraft was the theory proposed by authorities. The object sighted by numerous ground observers including Mantell and his wingman, Clemments was declared to be the planet Venus by astrophysicist, Doctor J. Allen Hynek, who later stated that he had wished he had not made that determination public. As it turned out, Venus could not have been seen with the naked human eye during broad daylight even though the planet would have been in that approximate position in the sky.

The US Navy had deployed a secret program known as the Skyhook Balloon, which was a high altitude weather balloon, but according to a Charles B. Moore, a government employee who conducted balloon experiments in the late 1940’s in the area said that no Skyhook Balloon had been deployed from Clinton County Airport before July 9. 1951. This was the supposed point of launch that had been the prime suspect of the alleged Skyhook balloon that had been mistakenly presumed to be a UFO.

When Captain Mantell reported to the tower upon his last transmission that the object was huge and metallic, that it was just above him, and that he was closing in for a better look, some theorized that the translucent neoprene balloon skin that contained the helium gas which was known to crystallize at heights of 60,000 feet due to the sub zero temperatures could have appeared much differently. In that state, the frozen neoprene could reflect sunlight as a metallic object would and thus would appear to be as such. However, the mystery still remains, who if anyone, launched a balloon on that day when even the US Air Force could not locate such records?

Contradictions to the official explanation

As soon as the news got out that Mantell’s aircraft had crashed killing him while in the pursuit of a UFO, wild accusations and disturbing rumors began to emerge. One of the initial news stories that speculated without proof was that the wreckage of the F-51 was radioactive. Another controversy began over the fact that photos of Mantell’s body had not been released to the press. Captain Edward Ruppelt responded to that stating that no such photos of the remains could be made public before notification of kin that their son had been pronounced dead at the scene, which was  apparently standard procedure at the time.

There were allegations that Mantell’s aircraft had been perforated with holes as had the young Captain’s body. Stories of a deadly ray being brought to bear against Mantell’s F-51 from the gigantic space ship had been carried by some news sources to further sensationalize the tragedy. One thing was for sure after the death of a US military pilot in pursuit of a UFO, the American public now took reports of unidentified airborne objects very seriously from now on. A definite change in the public’s view of the mystery as more than a hoax or a joke had now shifted perception of the subject to a possible threat.

Where as the official version stated that Mantell’s Mustang went into a steep dive as he blacked out and simply descended rapidly into a death spiral was also proven to be a falsehood according to the testimony of rural resident William C. Mayes. He claimed to first hear a strange noise in the sky like an aircraft diving then pulling up, only to see Mantell’s aircraft circling several times, then going into a powered dive and exploding in mid-air rather than crashing directly into the ground. This pointed, obviously to other conclusions. No fire was reported in the crash debris even though the Mustang had blown up prior to striking the earth.

According to Mantell’s wingman, who had broken off the pursuit, whatever the Captain had seen was more important to him than his own life, his wife, and family. Did an experienced veteran pilot, who had braved combat and been awarded the Air Medal and the Distinguished Flying Cross make such a critical decision error that it cost him his life?

So, does the story end here? Was this the final chapter to an unsolved UFO event that had ended fatally for the unfortunate pilot, who had bravely chased the unknown? Part II is here: https://www.ufodigest.com/article/anniversary-captain-mantell%E2%80%99s-ufo-chase-part-ii