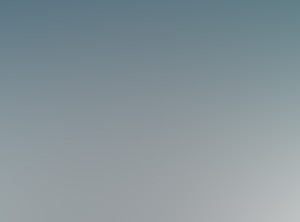 More often than not when we have been assured by supposed authoritative evidence, things are not always what they seem to be. Sometimes the truth untangles itself from the layers of forgotten lies and fabricated cover stories and suddenly emerges from the mist of time to illuminate the persistent mysteries that dull our senses and better judgment. You would think that an incident that happened as long ago as 1948 would have just faded into the noise of media denial and the fog of human short term memory, but instead, an astonishing story surfaced like the rusty wreck of the Titanic to shed more light on a tragedy that has tantalized the minds of many since the UFO phenomenon descended upon us decades ago.

If you missed part I of this series click here: https://www.ufodigest.com/article/anniversary-captain-mantell%E2%80%99s-fatal-ufo-pursuit

When digging up the dead, some people say, it’s better just to leave the bones where they’re buried. Let sleeping dogs lie, but the anniversary of the Captain Mantell incident beckons us to ask a little more of ourselves and find out if there really is more to this enduring mystery than we have been led to believe. Because of the controversial subject matter, I say its worth the effort.

I came upon the testimony of one UFO researcher who reports being contacted by a former intelligence officer after he had given a public presentation on UFO’s and the Mantell Incident. He received a phone call from a retired military officer who claimed to have been an aircraft crash inspector in 1948. The man claimed that he had not been part of the initial team that had responded within a short time of the reported crash at 3:50 that afternoon, but he had been awakened from bed in his quarters during early morning hours by an officer of the Godman Army Airfield crash investigation team.

James F. Duesler was serving at Godman Army Airfield on that fateful day. In fact, he had heard the first transmissions from the control tower about the sighting of an object in the immediate area and the request for assistance for Air National Guard Captain Mantell. He was aware that a huge metallic object had been observed for an hour by the tower and had slowly flown at the edge of the field before heading south. Duesler says that at the time it was the end of a very long shift he had pulled and had left the tower to get some much needed rest not knowing what the end result of the sighting or Captain Mantell’s fate had been. So, here he was at an ungodly early morning hour, being swiftly ushered to a crash site several miles out into the wooded farmlands of Kentucky to inspect a fatal crash site.

Captain Duesler was astonished at the scene of the crash that simply did not fit in with the normal characteristics of a high speed air accident where a ground collision was concerned. The crash site simply was not consistent with what had reportedly happened. In a heavily wooded area where an airplane was rapidly descending with a pilot who was either unconscious or out of control the F-51 should have cut down several trees, been impaled by the truck of a tree, or been extremely thoroughly scratched up from breaking off branches or scraping through them as the aircraft crashed into the area. Instead, a fighter plane whose heavy engine would have forced it straight down in a spiraling death dive or at a very steep angle of high speed descent, appeared to have minimal damage. Other than the wing and tail being separated nearby from the fuselage, the propellers were still intact and not even scratched, by observing the wreckage, investigators got the impression that the F-51 had belly flopped. This would have been impossible had Captain Mantell actually have been unconscious or had lost control at high speed!

Captain Mantell’s body was indeed another mystery all together to behold. There was no blood in the cockpit even though the aircraft would have to have slammed into the ground from 30,000 feet at nearly 400 miles per hour. Yet, according to Captain Duesler, there wasn’t a scratch on Mantell though his bones internally had been pulverized virtually to dust. The aviator’s dead body was without the rigidness of rigor mortis or a human body supported internally by a skeleton. The remains were almost like an invertebrate animal taken out of the water unable to remain in their original form like an octopus out of water. It was highly inconsistent with the type of injuries observed on corpses after high speed crashes.

Further corroboration of an alleged military cover-up over the tragedy was the testimony of Richard T. Miller, who was at the Scott Air Base in Belle Ville, Illinois, and was listening to the control tower conversation with Captain Mantell as he closed in on the metallic ship of terrific size. Miller swears that Mantell said, “ My God, I see people in this thing!”

The ATIC officially ends the investigation before it got started

Miller would later add his findings to the briefing that was held the following morning. In that intelligence conference it was admitted that Captain Mantell had died in pursuit of an intelligently controlled unidentified flying object. Several officers from the ATIC (Air Technical Intelligence Center) at Wright Patterson AFB took control of the proceedings, ordered all personnel to turn over everything they had concerning all evidence on the Mantell Crash, and stated that the investigation had already been completed.

James F. Duesler, former Captain of the Army Air Force and retired was living in Great Britain in 1997 when he contacted the UFO investigator and divulged this amazing caveat to the Captain Mantell tragedy that would be the harbinger of many more air to air engagements to come as the 1950’s were to unfold and an overwhelming national flap of UFO sightings was to engulf Air Force Project Blue Book in a few short years. In fact, Project Sign, the predecessor of Blue Book, had made the initial report after Godman Army Air Fields investigators had been forced to rapidly conclude their odd findings.

Mulling over the facts

Do we now know just why the official version clashes with the statements made by not only civilians but Army Air Force investigators and witnesses that know what they saw? Do we now know why the US government chose to plant a cover story and sequester the truth from the eyes of the American public? Yes, we do, but do we know everything there is to know about this tragic loss of a young man’s life in defense of his country? Maybe not, but thanks to retired Captain Duesler and Richard T. Miller, we know much more than we would ever have been allowed to know. Sometimes the truth takes a long time to percolate upwards through the sediment so that we can finally hear its voice telling us things that we did not quite anticipate.