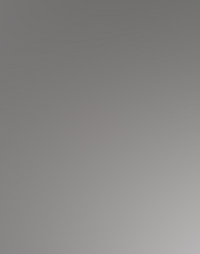 “But if we assume the craft to be neither imaginary nor extraterrestrial, what is left? Only one possibility remains, and that is that the vessel seen in the skies over much of the United States in the winter of 1896-97 was a powered balloon or, more accurately, a dirigible, possibly being put through its paces by some intrepid inventor intent on bringing lighter-than-air flight to humanity.”

If you missed Part I in this article, click here:  https://www.ufodigest.com/article/ufo-mysteries-1213

“I’m not going to claim that dirigible airship technology is ‘the’ explanation for triangular craft, or even that there is a direct line of evolution from the early patents to today,” said Heiser. “For sure one could make that case, but that wouldn’t actually prove that airships are behind the triangular UFOs. It would only provide a working theory. I don’t know that triangular UFOs are dirigible, even nuclear ones.

“Their omission from the discussion is unwarranted. I read Marler’s book quickly and perhaps there’s some mention of any of this, but I would have missed it for brevity. He too quickly concludes that explanations not focused on ETs are the drawing board for some time…I’m no more omniscient than Colonel Alexander, but I’ll be more up front about that. What I do know is that this technology deserves to be part of the discussion…(not) only about delta-wing jet craft. He’s missed the airbus.”

Heiser continued with a list of modern Lighter Than Air (LTA) aircraft that demonstrated the actuality of this generation of flight. The Department of Defense (DOD) had committed $35,000,000 to an “Aero” prototype. Heiser acknowledged several modern LTA crafts, such as Lockheed Martin’s “Sky tug.” Another is the “Space Blimp”:

“The orbital airship, also called the space blimp, is a proposed space transportation system that carries payloads to and from low Earth orbit…In the Airship to Orbit (ATO) design envisioned by JP Aerospace, there are three components. A conventional airship (Ascender) lifts payloads up to 30-40 kilometers above the ground – roughly the maximum altitude a conventional airship can achieve. At this altitude the second component, a docking station (Dark Sky Station), acts as a resupply station for the third stage. The third stage is an ‘orbital airship’ (Orbital Ascender), which takes payloads to low earth orbit via an ion engine in three to nine days (i.e., it accelerates itself horizontally to orbital velocity and gains sufficient altitude). Their estimated marginal costs are one dollar per ton per mile of altitude, and their development costs thus far have been under one million dollars.”

“Tim Mathews is the ‘Angry young man’ of British ufology. He has upset the cozy state that the British scene had got into the post Bufora/Alien Autopsy film and has earned a fast reputation for straight talking and cutting through much of the malaise the scene found itself in the last year. He believes that many sightings can be explained by secret aircraft and suppressed military tests. Mr. Mathews exposes a world of political maneuvering by the authorities to protect financial and political interests. He has exposed the existence of secret planes from year’s back, which would be considered ‘cutting edge’ today.

“Mathews believes that giving the label of an extraterrestrial craft to a UFO is premature, and has spent a lot of his time showing that Military Technology is the most likely answer behind the enigmatic UFO. His research has shown that a lot of flying disc and triangle technology comes from Nazi Germany. It has always been the objective of designers of aircraft to find a craft that can ascend and descend vertically. The craft would have to be circular without wings. Over time we have seen these craft and attributed their remarkable capabilities to some extra-terrestrial intelligence.

“To me the very thought of an alternative to the extraterrestrial explanation is just as intriguing. We must be careful not to eagerly romanticize UFO events; Tim Mathews is correct in stating that it is premature to label an unknown craft an extra-terrestrial vehicle.”

Marler offered the testimony of several noted ufologists and scientists on the topic of UFOs and triangular crafts.

John Alexander had commented on the belief that secret military operations impinged upon sightings of triangular UFOs, having previously been the director of all USAF research and development at Wright-Patterson AFB: he asked a military official in the Secret Projects division about his research and triangular aircraft:

“He indicated we had nothing larger than the C-5 although the Russian Antonov AN-124 is even bigger. Neither of these approach the size reported on many occasions. I am also aware of a proposal by one of the top most aerospace defense contractors to build a large semi-rigid, lighter-than-aircraft specifically for logistical purposes. They indicated they could not even get any military support for the concept and that was within the last fifteen years.”

Heiser noted that his research contradicted Alexander’s comments. He also wondered, despite outward appearances, if Alexander was privy to highest “Need to Know” information at many different security levels, or was simply being led away from “all” the facts.

“Certainly, many doubts remain, but I do believe that the U.S military has some sort of flying triangle, perhaps several types…even so, it is a long stretch to argue that all of the triangle reports can be attributed to ‘our’ technology. Frankly, many of these craft do not appear to come from any conceivable terrestrial source.” (p. 245.)

Investigator Ray D. Sanford said on November 18, 2014 that he likewise did not exclude an extraterrestrial source:

“Along with his gift of penetrating `trait analysis’ [See, especially, chapter 7, Establishing a Profile.], the author thoroughly demolishes the myth that the class of triangular and quasi-triangular objects defined in his analysis could be `black project’ vehicles. And Marler doesn’t just provide abundant descriptive evidence that the classes of evidence defined in his fascinating study constitute a group of vehicles unmatched by any terrestrially-sourced technology, he provides readers some examples that reveal state-of-the-art terrestrial technology as highly inferior by comparison.

“For example, on page 200, the author bolsters that conclusion with his highly appropriate reference from the Washington Post of August 15, 2012, headed ‘Hypersonic craft X-51A fails latest test.’ That `Wave rider’ aircraft had to be launched from a B-52 bomber, incorporated a scramjet combustion engine (producing a fairly conventional looking effect-trail behind it), and the flight had to be quickly scrapped due to a problem with a control surface.”

United Kingdom researcher George Wingfield pondered: “However scientists do speculate that travel through space and time might one day be possible if mass is somehow converted into energy in a non-destructive way that allows its reconstruction when it reaches its destination.”

Marler mentioned the extraordinary triangular-type craft that landed in Rendlesham Forest in the United Kingdom in December 1980. Marler, however, did not mention the witnessing of contact with humanoid occupants in that case, which might have been one of the most compelling UFO statements on the possible extraterrestrial origin of triangular craft.

“Much has been written on the subject (of the Rendlesham case…SE). However, this brief review serves to illustrate yet one more triangular UFO report,” said Marler, “that does not confirm to the typical profile we are familiar with.”

THE CENTER FOR UFO STUDIES

“As we compared triangle UFOs to the triangle -and- boomerang- shaped aircraft developed by the military, it became clear that the vast majority of ‘triangle UFOs’ were not conventional, or unconventional, technology. I described this with aviation experts and aviation journalists, and they were uniformly unaware of any terrestrial craft that could be causing these reports.” (p. 245.)

“Finally, the large, slow triangle UFOs, viewed by hundreds, even thousands, demonstrated how willfully the establishment, represented by government, academic, and the elite news media, can disregard something that is so ubiquitous, so visible, and so unearthly.  It is possible not to see the elephant in the room, even when that elephant is a 300-foot triangular-shaped UFO.”  (p. 248.)

A thorough search of Marler’s book did reveal many new aspects of the on-going triangular UFO mystery. There were ample artwork and witness documents in the book.

Certainly, the bizarre and very strange performances of many triangular UFOs did tend to dismiss a normal terrestrial origin. The key word here is: Normal. It may be possible that in the twists and turns of history there were hidden histories wherein are secreted a hybrid origin of ‘normal’ but also alien roots. 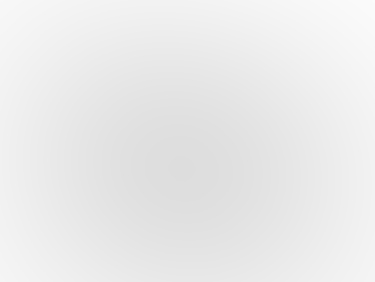 “There are two scenarios: either AVRO and British Aerospace have been flying highly advanced triangular shaped aircraft throughout Manchester and the surrounding areas for at least four decades (and if so, why, forty years on, is such technology not in widespread use?), or an unknown presence has been operating in our skies and utilising triangular aeroforms for more than four decades.”

Steve Erdmann suggested a “Third Rail” explanation behind, not just triangular UFO sightings, but many reported high-strangeness UFOs: that an alien and secretive reality has coexisted alongside of our own (more obvious) existence.

Human inventors were thinking along these designs and diagramming inventions around the turn of the 20th century: Electrical genius Nikola Tesla had programs for spacecraft. 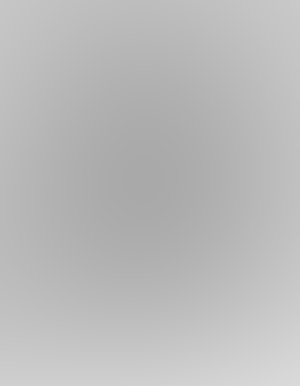 Nikola Tesla at the age of 28.  http://www.teslauniverse.com/nikola-tesla-photos.

“Not at all,” said Dr. Tesla. “The aeroplane is fatally defective. It is merely a toy–a sporting play-thing…The flying machine of the future–my flying machine–will be heavier than air, but it will not be an aeroplane. It will have no wings. It will be substantial, solid, stable…My flying machine will have neither wings nor propellers. You might see it on the ground and you would never guess that it was a flying machine. Yet it will be able to move at will through the air in any direction with perfect safety, higher speeds than have yet been reached, regardless of weather and oblivious of ‘holes in the air’ or downward currents.

“It will ascend in such currents if desired. It can remain absolutely stationary in the air, even in a wind, for great length of time. Its lifting power will not depend upon any such delicate devices as the bird has to employ, but upon positive mechanical action.”

“You will get stability through gyroscopes?” the interviewer asked.

“Through gyroscopic action of my engine, assisted by some devices I am not yet prepared to talk about,” he replied.

“All I have to say on that point is that my airship will have neither gas bag, wings nor propellers,” he said. “It is the child of my dreams, the product of years of intense and painful toil and research. I am not going to talk about it any further. But whatever my airship may be, here at least is an engine that will do things that no other engine ever has done, and that is something tangible.”

“Until hard UFO evidence is presented for the general public’s consumption (e.g., actual UFO parts thereof), this mystery will continue,” said Marler. “However, the thirst for understanding to fuel the investigations and research until the day when a better understanding is made of this most intriguing phenomenon.” (p. 241.)

(An ending footnote of interest in regards to the triangular sighting report mentioned on pages 204-206 about the December 19, 1967 triangle. The report, if I am correct, was discovered by Steve Erdmann while he visited Marler’s home during one of several visits. Erdmann and Marler were researching the files for relative data. Erdmann made a somewhat “Eureka”  exclamation upon spotting the previously undiscovered December 19 report and presented it to Marler, to his joy; history in the making.)