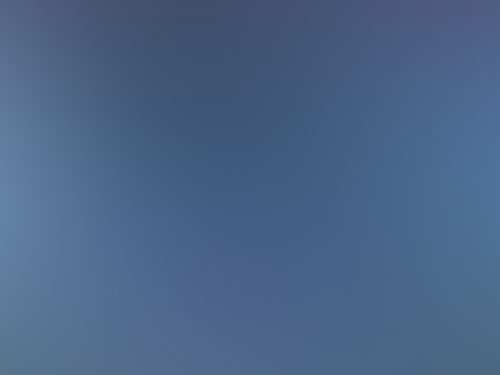 David Marler analytically laid out the contours of special types of UFOs that somewhat appeared as triangular aircraft or similar phenomena going back as far as 1882.

“These are craft of unknown origin. We appear to be confronted with something other than human technology, therefore the implications are profound,” said Marler. “The objects may be spatial, temporal, or dimensional in origin.”

Not knowing the real intentions of the operators of such craft, Marler suggested we stand ever-vigilant to the phenomena and continue to gather as much hard facts as we can.

“Where we stand today in reference to triangular UFOS and the UFO subject as a whole is just a stepping stone in our examination of this phenomenon,” said Marler. “Questions remain as to the relationship, if any, of these triangular UFOs relative to the others of varying descriptions. Each person who reviews this material can make their own conclusions.”

Charles Fort, the person who chronicled strange events at the turn of the century, and gave meaning to the term “Fortean,” recorded Charles Tilden Smith’s sighting of two triangular dark shapes on April 8, 1912 (Chrisbury, Wiltshire, England). “It is not a stretch of the imagination to assume,” said Marler, “that two large triangular-shaped shadows were most likely caused by two large triangular-shaped objects.”

If you would like more information or to purchase this book from AMAZON.COM simply click on its title! Triangular UFOs: An Estimate of the Situation

The late UFOlogist Donald Keyhoe related accounts of triangular-shaped objects that were also seen in England and Scotland in 1895, said Keyhoe (page 63).

Mr. Helger Berg and a work-companion spotted a triangular UFO at Eklorna, Alaska in 1936. “…the sound reminded me of when the pilot shuts down a turbine. It had a kind whining sound until it finally peters out,” said Berg.

Similar triangular UFOs were seen in 1950, 1953, and 1954 in Korea, Germany, California, New York, and Canada, not to mention in many other countries about the globe.

Eleven crew members of a British Overseas Airways Corporation (BOAC) Strato Cruiser and most of its fifty-one passengers saw a similar UFO for eighteen minutes on June 29, 1954. The object at first appeared to be a dark blob accompanied by an “array of objects” lined up three in front and three in back. “They likened it to a battle ship with escort ships,” said Marler.

Captain James Howard noted that the smaller objects appeared to enter and exit the larger object. The larger object appeared to change from a pear-shaped UFO to “an enormous delta-wing plane” and then to a “giant telephone receiver lying on its back in the sky.”

Another typical sighting was on September 3, 1965 by law enforcement officials, deputies Bethel McCoy and Bob Goode, as they drove south of Houston, Texas.  “It hovered in the air. It was eerie,” the witnesses said, “It was shaped like a triangle 200 feet long and 40 to 50 feet high. It had a purple light on its left side and blue one on its right side.”

The UFO followed them in a high-speed pursuit, and then abruptly stopped and disappeared.

Mrs. Robert Gorisek of La Salle, Illinois witnessed a triangular object on March 25, 1966 that hovered over her car for over an hour. The object seemed to follow her and several witnesses as they drove through several towns.

On the same day, Mrs. R.H. Chappell and Miss Janie Kidd observed the triangular UFOs in Victoria, British Columbia; both had ruby red lights that were flashing back and forth between the UFOs “as if they were signaling each other.”

Marler outlined one of the best typical triangular UFO cases, during the night of January 5, 2000, which invaded the skies over Highland, Lebanon, Shiloh and Millstadt, Illinois.The UFO was witnessed by multiple law enforcement officers as well as several civilian people. Sighting-descriptions varied from triangular to a box-shaped object as big as a “two-story house.”

Officer Craig Stevens gave a classic description of the object as it passed near Liederkranz Park on the north end of Millstadt, Illinois.The UFO appeared about 500 to 1,000 feet in altitude. It moved very slowly with a low decibel buzzing sound. “He could see the object had a white light on the left side, right side, and center of the back end,” said Marler. “In addition, there was a single red light on the bottom.The back end also appeared to be slightly recessed.” 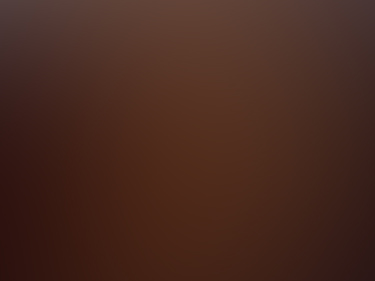 1990-Wallonia, Belgium-This photograph was part of the Belgian Wave of 1989-1990. Taken by J.S. Henrardi on June 15, 1990. Mr. Henrardi released all copyright ownership to the photograph in 2003, making it available for public use.The object very closely resembles the Petit Rechain triangle (below), also part of the Belgium wave. The triangles were reported by hundreds of witnesses during the wave over Belgium.

Officer Stevens took Polaroid pictures which did not turn out, except to show blurry lights.

Officer Ed Barron and Officer David Martin observed the object to travel about ten miles in two to three seconds, with an estimated UFO speed of 12,000 miles per hour.

“The resulting effect should have been the creation of a sonic boom which would have rattled the entire area,” said Marler. “However, no such reports were made by the witnesses or residents of the surrounding areas.”

Marler speculated amongst several theories including an unknown and secret military craft. “The second is that this was not a military vehicle and was completely foreign to military officials,” said Marler. “If this scenario is true, the implications are chilling. A genuine UFO flew by a major military installation and caught the military completely by surprise to the point where no overt defensive response was initiated.”

On the evenings of August 21 and October 31st, 2004, at Tinsley Park, Illinois, a triangular UFO was sighted by numerous witnesses (including three videos and three photographs).

“In at least two videos the object was recorded rotating in base below and above itself. This is a very unusual maneuver clearly recorded and then mentioned in the narration,” said MUFON State Director, Sam Maranto.

One 48-year-old witness said that about 10 p.m. on August 21st, 2004, a red light came along the same path of the previous triangular UFO flight path. There was no noise and the object floated very slowly over the tops of houses.

“Their evaluations of footage and Graphic illustrations of the estimated size of the triangular object is nothing short of dynamic,” said Sam Maranto about a UFO Hunters television show, “they did an excellent job getting the point across in the show that, whatever the nature of the object, it was many times larger than anything in our flying arsenal today.” 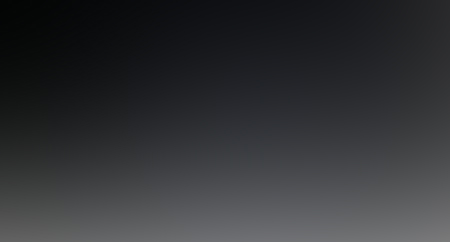 In chapter seven, Marler traveled through twenty profile characteristics that seemed to have defined the triangular UFOs.

A triangular craft spotted near Fleet, England in 1978 moved in a “triangular pattern.” “It was very erratic going backwards and forwards,” said the witness.

Triangle crafts were witnessed during 1980-1981 in the state of Pennsylvania.  In one instance, the object “is described as a triangle shaped, makes no noise but moves quickly back and forth and up and down.”

Other triangle UFOs were flying with “blunt-end-forward.” On January 31, 1978 a New Jersey woman saw a triangle-craft about 11 p.m. “It was a triangle with the point at the back and a lot of red and white lights,” said the witness, “more than planes usually have.”  There was no sound.

A triangular object with luminous points of light on its angles was spotted in 1965 in Bienne, Sweden, moving very fast north to south along the Jura Mountains. Suddenly, the object stopped, changing color from yellow to dark red, made a 180-degree turn – a 90-degree change of course – and vanished.

About 7:00 p.m., January, 1994, Fujitsu-gun, Japan, a witness was approached in his car by a bright light, which he recollected as three lights attached to a dark triangular-shaped object which flooded his car with a brilliant white light described “as being just like a search light.” The object increased its speed and disappeared.

On November 3, 1961, about 4:30 p.m. in Eyres Monsell, England, a witness observed a triangular object with an orange center; the object flew an estimated 600 miles per hour and resembled an Auro Vulcan bomber in size.

Marler’s book was forwarded by retired US Army Colonel John Alexander. Alexander had an impressive career as a Green Beret war hero, as well as advisor to the CIA, the U.S Special Operations Command and the National Intelligence Council on Foreign Relations. While genuinely upholding the reality of alien UFOs, Alexander had done his share of critical debunking of much of ufology, to the chagrin of many ufologists. He debunked, in this case, the belief that triangular UFOs were actually secret military vehicles:

“Regarding triangular UFOs in particular, conspiracy theorists repeatedly have taken the position mentioned above – secret government research. It never mattered that such a conclusion defies both facts and logic specifically, while the government does develop advanced aircraft in secret,” said Alexander, “they do not conduct test flights of well-illuminated prototypes near major metropolitan area. Yet, that is where many of the large triangles have been observed.”  (p. 2.)

(There were several controversies related to the topic of the origins of triangular aircraft that were are outside of the book, which Erdmnn was attepting to cover herein.)

Dr. Michael Heiser’s posts included summaries and opinions of Mr. Marler’s work, as well as thoughts on a foreword for the book provided by Colonel John Alexander. Dr. Heiser supported Mr. Marler for his research and endorsed the book to those interested in UFOs. Heiser also expressed concerns about dodgy lapses of relevant data, particularly committed by Colonel John Alexander. Colonel Alexander continued to suggest that he could identify triangular craft that were regular secret operations as opposed to those which are not, “implying some are supposedly not (normal aircraft…SE), all the while at least pretending to be virtually oblivious to the history of man-made triangle craft and the interest held in them by two of his former employers, the Department of Defense and Robert Bigelow’s National Institute of Discovery Science.”

Dr. Heiser posted at his personal blog, UFO Religions, in what had so far been a two-part post titled, Thoughts. Michael Heiser, who holds a Ph.D. in Hebrew Bible, recently made a couple particularly noteworthy comments on Marler’s book about triangular UFOs.

“…All the above makes it very odd that the words ‘dirigible’ and ‘airship’ do not even appear in Marler’s index. It’s as though research in that direction and behavioral overlap didn’t even register with him. Since those terms don’t appear in his index, it makes sense that the names of Busby and Danelek are also absent. They are the authors of the two major books on the airship sightings in the late 1890s.”

Dr. Heiser and others pointed to the Patent Office which housed numerous patents and diagrams of mechanized dirigible and triangular aircraft that he felt tangent to the discussion: