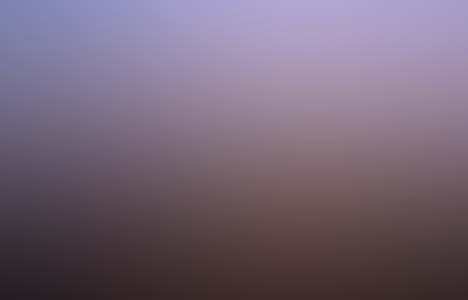 The new NBC TV series “The Event” and the upcoming book “A.D., After Disclosure: The People’s Guide to Life After Contact” both appear to trigger constructive and necessary thinking about the effects that unconventional developments might, or will have on the U.S. and societies around the world.

As we learn more about the possibility or probability that we are being visited by intelligent beings from elsewhere, possibly aboard a UFO we may see from time to time, responsible people must consider the impacts on our people and human cultures globally.

To maintain reasonable stability in the face of surprising situations, leaders at many levels may want to update their information about changes that could occur gradually or quite suddenly.

As TV viewers who have watched the first two episodes of “The Event” know, extraterrestrials or a kind of somewhat-human intelligent beings arrived on Earth and in the U.S. quite a while ago. Some were detained by U.S. government authorities and some discreetly merged into American society.

Since the book “A.D., After Disclosure” is currently being readied for publication in mid-October, we don’t yet know exactly what researchers and authors Richard Dolan and Bryce Zabel will present to us about possible scenarios after humanity learns about some of the details of extraterrestrial activities on Earth.

The NBC series writers are telling us that the simple, though profound, news that extraterrestrials or some other kind of unusual beings have been visiting Earth is not really “the event.”

People who have researched leading-edge scientific developments suggest that there could be a whole range of interesting changes.

Human consciousness itself could evolve, with the emergence of a more clear awareness of the deeper connections within our minds and souls. The physics of Nature around us might also change, and the underlying energy of the Universe might emerge in some new kind of way.

TV writers, various researchers and theoretical physicists might be equally puzzled. But, they also might have some valid views about the possible scenarios that could surface.

And if human civilization on Earth undergoes significant changes “after disclosure,” the changes might not be limited to simply the knowledge that humans are not alone in the Universe, but rather that the Universe itself is something much different than what we were taught in school.

The ideas that several kinds of extraterrestrials or inter-dimensional visitors could be moving in and out of our world via UFOs or some other means and that we, ourselves, are different than we thought, are certainly more challenging to understand than just an announcement that we have made contact with another planet’s intelligent beings.

Many people seem to believe that if only the secret departments of the U.S. government would tell us what they know, it would be easy to adjust and figure out the rest of the story. This may not be true. To assume that government officials or others have the full picture could be an error.

It does appear reasonable to speculate that certain top secret research might have acquired some solid information that sheds light on the situation at hand.

But, do they have all the answers? Do they even know the right questions?

There is a mystery facing humanity. Some people frame it in scientific terms and others look at big questions from a spiritual perspective. Yet other people try to understand life through relationships with their families, friends and fellow humans. And others look to Nature around us for clues about life and reality.

Certain considerations might resonate for us as we think about the possibilities that could accompany significant change in our normal day-to-day lives and viewpoints. What is a good way to continue on a path that saves the best of human society, while moving forward on new knowledge and opportunities?

The often-cited example of what happened to Native American Indians in the Americas when technologically-superior Europeans arrived seems like a valuable lesson. As we know, many of the culturally and spiritually rich Native American Indian societies were destroyed while others barely survived.

How would modern-day humans make out in a similar situation?

There certainly are elements of human civilization that would be wise to leave behind if we can: poverty, injustice, disease, human suffering, destruction and pollution of Earth’s natural environments, and similar circumstances.

Still, much of the music, art, beauty, cultural aspects and other accomplishments of human civilization should be valued and cherished.

Maintaining the compassion, kindness, creativity, curiosity and similar valuable parts of our human nature also seems important as we move forward, possibly in the face of unusual changes or disclosures.

The NBC show “The Event” and the book “A.D., After Disclosure” may give us some guidance, or at least get us thinking about what unique and surprising scenarios could emerge, and how we might respond to them.