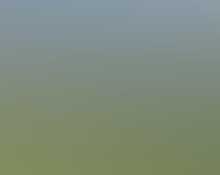 (This article originally appeared on the Transcendent TV & Media site at http://tvtranscend.blogspot.com.)

It seems to make sense that the 20th annual International UFO Congress was held on Native American Indian lands in Arizona.

The conference, Wednesday, Feb. 23, through Sunday, Feb. 27, took place at the upscale Radisson Fort McDowell Resort on the Fort McDowell Yavapai Nation northeast of Scottsdale. The hotel at the resort was reportedly sold out.

A connection between UFOs and other unconventional phenomena with Native American Indians is something that researchers and average people may want to pay attention to and think about.

Many Indian people have legends of “star people” or “sky people” that visited long ago … and maybe still do today. In addition, Native American cultures often value several kinds of human perception, including dreams, visions, instincts and signs.

In today’s scientific jargon, we could call these kinds of awareness “anomalous cognition,” a term describing extrasensory perception (ESP) and related to what U.S. defense and intelligence researchers called “remote viewing.”

Some of the traits of American Indian perception could also be related to space-time anomalies and “synchronicity” – unusual coincidences that seem to have meaning. And, certain understanding we might acquire through unconventional methods could be interpreted as mysterious communication from the Great Spirit.

Indian consciousness, in many ways, looks at life and Nature as a cycle, circle or hoop. This viewpoint could also provide insight about anomalous phenomena of various kinds.

As a retired Army Special Forces colonel, John Alexander, PhD, explained on the Feb. 20 “Coast to Coast AM” radio show, UFO disclosure has essentially happened. Several U.S. presidents, high-ranking U.S. military officers and others have made this clear, Alexander pointed out.

He stated to his radio show host, award-winning investigative journalist George Knapp, it appears to be a fact that various kinds of unusual unidentified objects in the skies have been around for decades.

Other researchers note significant indications that the same kinds of phenomena may have been present for centuries.

Here in North America, it is probably reasonable to consider that Native American Indian people could have had close encounters with UFOs, unusual intelligent beings and other unconventional phenomena that modern scientists are still trying to understand.

In the Phoenix region, at the northern edge of the Sonoran Desert, there are several Indian communities whose lands nearby help form a rich cultural environment in a modern metropolitan area.

Throughout North America, Indian people have beliefs, legends and perspectives that could be very valuable to us today as we try to learn more about forward-leaning edge-science topics of interest.

How can we combine ancient accounts and insights with our modern research into unconventional phenomena that are not completely understood?

One way might be to develop an “integrative perception” or “complementary cognition” that merges our logical mind with intuition, gut feelings, ESP and instincts. This approach seems to be at the heart of the many successes of the U.S. Project STAR GATE remote viewing program.

Prayer, meditation, creativity and other kinds of internal exploration and communication can probably also play parts in increasing our understanding about our environment and ourselves.

Looking to Nature, as American Indians do, might provide additional understanding about realities, both conventional and unconventional – including UFOs.

Who knows? The circles and cycles of Nature might contribute to a repeat of the March 1997 phenomena when one or more large mysterious objects or craft reportedly cruised at low altitude right over the metro Phoenix area one evening.

At least that’s what hundreds or thousands of people living in Phoenix’s “Valley of the Sun” claim to have seen.

The International UFO Congress featured many credible researchers and also had sky watching sessions at night. The heavens above Arizona’s Sonoran Desert at the Fort McDowell Yavapai Nation usually provide a good view.

Being on the far northeast outskirts of metro Phoenix, the urban “light pollution” of the night sky is replaced by vistas of the Milky Way Galaxy, our home neighborhood in this vast Universe.

Or maybe, unusual visitors will pick a bright, sunny Arizona day to show us they are here.

NOTE TO READERS: Hammons is author of the novels Mission Into Light and the sequel Light’s Hand. Please visit his sites Joint Recon Study Group at http://jointreconstudygroup.blogspot.com and Transcendent TV & Media at http://tvtranscend.blogspot.com.