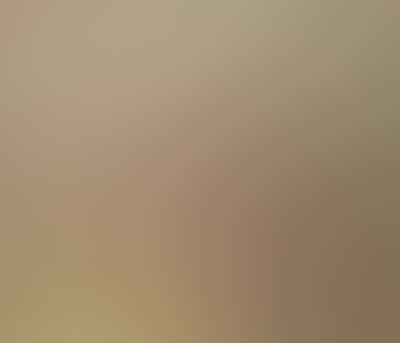 Public health and safety, national security, as well as human development and survival are probably some of the important elements involved in the evolving public awareness about unidentified flying objects (UFOs) and other forward-leaning studies.

As many researchers, writers and creative media projects have noted, there are many possible issues involved in phenomena such as UFOs, extraterrestrial visitors, unusual creatures and life forms, multiple dimensions, an afterlife, expanded human consciousness, extrasensory perception (ESP), a higher intelligence, time-space anomalies and other topics.

Safety – on many levels – is probably something that should be on the minds of people who are interested or involved in these kinds of subjects.

Many Americans and people internationally include views and beliefs about some of these ideas in their normal worldview. Yet, others might find sudden indications or evidence of such phenomena and realities to be anxiety-causing or disorienting.

Additionally, there could be real and concrete dangers involved in some of these phenomena. As a result, one perspective is that public disclosure of additional information should be handled carefully.

Many possible elements involved to learn about

Looking specifically at the topic of UFOs (though there may be connections to other edge-science topics noted above), a helpful resource is the down-to-Earth 1992 firefighter manual “Fire Officer’s Guide to Disaster Control” by public safety and firefighting professionals Charles “Chuck” Bahme and William Kramer.

Although the book is primarily a manual dealing with more conventional public safety situations, there is also a well-known chapter titled “Disaster Control and UFOs.”

The subsection “Adverse Potential of UFOs” explores specific safety considerations: “The two principal hazards noted with relation to UFOs have been attributed to powerful electrical fields which they can project in a general or localized area and the psychological effects they have produced on the general populace or individual contacts,” according to the authors.

These two areas of concern – physical and psychological – could, as a starting point, also be applied to other kinds of unconventional phenomena. More comprehensive impacts on human culture today and human development in the future are also issues to consider.

National and international security aspects of unusual phenomena are probably also involved. As we know, there are parts of these activities that are public and other aspects that are kept secret, or at least are handled in discreet ways.

For example, there may be intelligence operatives from other countries in your home city or state. Do you read about it in your news outlets or see it on the TV news? Normally, the answer is no.

However, there may be very significant activities behind the scenes by our own intelligence services keeping tabs on foreign spies in our country. By nature, the specifics of these activities are under the radar in terms of the public media. At the same time, if we think about it, we all know that these situations are real and ongoing.

Although there are legitimate reasons for discreet and secure handling of certain situations, there are also equally important factors involving public knowledge, information and awareness.

This is especially true in a democratic republic like the United States. Here, grassroots citizens are considered a fundamental force and resource.

That said, disseminating information, insight and understanding about certain complex topics may still be challenging for a number of reasons. And, judgments about what information should be made public and what should be held back are subject to various viewpoints.

A factor directly related to the grassroots responsibilities of average people is that knowledge and awareness about many important situations – both conventional and unconventional – rest with each of us.

We are responsible for learning more and handling the information and implications in appropriate ways. Waiting for some governmental agency or group to hand-feed us “disclosure” may not be necessary or even desirable.

Sometimes we must read between the lines.

As several researchers have noted, disclosure on UFOs and other kinds of interesting and surprising developments may come from the grassroots up, not from the top down. Or, these two will work hand in hand.

Maybe a better phrase would be that more disclosure might happen from the inside out.

NOTE TO READERS: Hammons is author of the novels Mission Into Light and the sequel Light’s Hand. Please visit his sites Joint Recon Study Group at http://jointreconstudygroup.blogspot.com and Transcendent TV & Media at http://tvtranscend.blogspot.com.