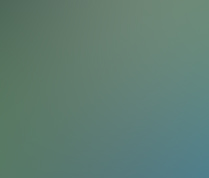 Maybe it has happened with a whisper, not a major public announcement or event.

Maybe the tipping point was the recent publication of journalist Leslie Kean’s book “UFOs: Generals, Pilots and Government Officials Go on the Record” or a recent press conference by retired Air Force officers.

Or, it could have been the steady release of information through discreet ways via Hollywood movies, TV shows and other communications platforms over the past months, years and decades.

There will continue to be people who prefer to debunk the topic as well as those who aren’t quite ready to wrap their minds around the situation.

Who can blame them? It is strange, amazing and scary.

And, maintaining security about it over past decades has been, and continues to be a major element as we move forward. From all indications, it is a highly sensitive and complex situation.

As a result, there are many moving parts that must be handled in intelligent and careful ways.

Yet, any normal person of average intelligence can review the information about this topic and easily figure out that something is going on in this area of scientific discovery.

It also seems to be a defense and intelligence matter that must be dealt with in serious ways.

We now seem to be in the period that could reasonably be called “after disclosure.”

Interestingly, a new book out  in October 2010 is titled “A.D. After Disclosure: The People’s Guide to Life After Contact.” Authors Richard Dolan and Bryce Zabel have written this comprehensive overview that explores nearly every angle of the historical, scientific, governmental, social, media-related, psychological and educational aspects of disclosure about UFOs, unusual visitors and related mysteries and challenges.

The book looks like it will be a useful tool and interesting reading for many people as they get up to speed on these important subjects.

The transition from subtle orientation and preparedness to the “after disclosure” phase may have been carefully coordinated since the post-World War II era. Dedicated people in the defense, intelligence and scientific communities reportedly worried that people might become overly fearful about new discoveries in this field.

As a result, safe and gradual acclimation and education efforts may have been implemented to enhance our psychological and emotional readiness. And, these activities probably have been successful.

The smooth transition to general public understanding about the situation seems to be in process now.

There are a lot of details. The situation is not simple. Trying to understand the many factors involved is going to be a learning curve involving our understanding of the universe’s hidden mysteries, human consciousness, Nature and other interesting elements.

Yet, isn’t it a relief to know that humans have at least reached a level of awareness about ourselves and the universe around us where we can accept various kinds of surprising and far-out emerging truths?

We don’t know it all and it’s probably not wise to listen to people who claim they do.

The “after disclosure” period will most likely involve ongoing communication, education, counseling and orientation. We have the resources to accomplish all of these missions successfully.

And, it’s quite possible that a lot of good things will come out of this phase of human development on Earth.

We might be able to utilize new technologies that improve our quality of life. Human suffering of many kinds might be mitigated by advanced knowledge. Earth’s biological environment and atmosphere could be better protected and enriched. Greater prosperity for all people could be achieved.

The advancement of humanity might make a quantum leap forward.

Or, maybe we will just put one foot in front of the other and make steady progress in ways that lead to a bright future on this beautiful planet, and beyond.