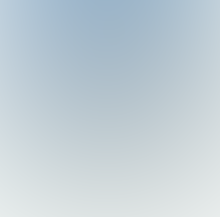 After more than 215,000 page views of the April 26, 2010, article “Human-looking ETs secretly in U.S.?” it seems clear that there is significant public interest in the topic of possible extraterrestrial visitation to Earth, UFOs and equally possible activities of the U.S. defense and intelligence communities regarding these subjects.

The article was about an account of a reported effort by U.S. authorities – Operation TANGO-SIERRA – to investigate a human-looking extraterrestrial who had made contact with a federal employee.

Are people who consider tales like this too gullible? Or, are they open-minded and increasingly aware of highly unusual possibilities?

The same information sources for Operation TANGO-SIERRA are reportedly also those who released information about the alleged Project SERPO.

That account involved a mission that allegedly sent 12 specially-selected and highly-trained U.S. military personnel to another planet as guests of friendly extraterrestrial visitors as part of an exchange program.

When we see news about calls for more openness and disclosure about possible government activities in these areas, it also seems clear that human psychology and our preparedness to deal with such possibilities are major elements to consider.

In fact, it might be fair to say that disclosure about possible extraterrestrial visitation to Earth is directly tied to the emotional, spiritual, psychological and social readiness of the public to handle this kind of news.

How would we measure public preparedness? Should we conduct more surveys and public opinion polls about people’s feelings and perceptions of UFOs and ETs? How can we be sure that there would not be panic, distress, disorientation and turmoil from such disclosure?

We must also be concerned with children and youngsters who could be affected by fearful reactions. Has our educational system prepared them to handle such a situation? Even our colleges and universities do not routinely delve into these kinds of topics in classes related to science or the social sciences.

However, some higher education institutions are looking into frontier-science areas of various kinds. Conventional colleges and universities are exploring the nature of human consciousness and mysteries of space and the universe.

New innovative institutions such as the International Metaphysical University are also emerging as leaders in forward-leaning education of this kind.

Social stability and continuity in the face of disclosure must be considered. Not that things wouldn’t change – they would. But managing this change is important, especially if the situation is challenging or troubling in some ways.

Certain media platforms seem to be helping with this. TV is leading the way. Flip your channel any given night and you are likely to see a show on UFOs. Movies, too, are addressing these topics and helping audiences think about different scenarios that could be involved.

Continuing the discussion in the media about subjects like this is probably helpful.

This is being done through the hundreds or thousands of websites exploring anomalous and weird-science subjects. The longstanding number one late-night radio show in the U.S., Coast to Coast AM, has been dealing with these and other edge-science subjects for years.

Are these media activities contributing to public mental health problems with their coverage of UFOs and unusual topics? Or, are they helping us mentally and emotionally deal with challenging realities?

According to some researchers, certain elements of the U.S. government have been trying to acclimate, educate and prepare us for these and other emerging situations. Using indirect and discreet methods, we may all have been slowly educated over several decades to be prepared for surprising truths.

And, maybe extraterrestrials or other unusual intelligences have also been preparing us.

Maybe we are getting closer, or even very close, to greater disclosure and understanding about what might be going on.

If so, there is also responsibility on our shoulders to make sure that the general public can handle increased information about these topics.

But limiting discussions only to UFOs and ETs might miss the larger targets.

Discoveries about quantum physics, human consciousness, multiple dimensions and other areas create a kind of synergy of fascinating forces that might change the entire way we look at life, Nature, the universe, reality and ourselves.

We don’t need to look far to open our minds about the possible realities. NASA astronauts have not only strongly hinted, but clearly stated that there are extraterrestrial and/or unusual intelligences at work. Other military personnel have also bravely stepped forward to inform their fellow Americans.

Now, maybe it is our turn.

Maybe more disclosure will occur when a large enough segment of the public is ready to accept some unusual truths and we are socially, emotionally and psychologically prepared. When we reach that tipping point, a new phase of understanding might emerge.

And this understanding might not just come from the powers-that-be. It could arrive in the form of new awareness and perception within us.