UFODigest.com » Aliens and UFOs » UFO propulsion and early attempts to emulate it 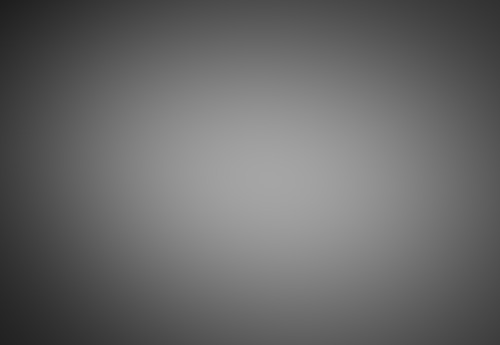 In a classified CIA memo dating back to 1950 that was obtained by the late John A. Keel and showcased among historic references in his book “Operation Trojan Horse”, an interesting insight appears. In the body of the typed memorandum was a reference to possible educated guesses on what could possibly propel a UFO. Electromagnetic was listed among other forms of propulsion but was crossed out by pen or pencil. Such is the case when viewing declassified documents of the US intelligence services over past decades that can actually reveal pages of blacked out text still constituting  sensitive data that cannot be revealed in FOIA requests.

In Whitley Strieber’s Book, “ Majestic” he makes a fictionalized account of Roswell and the need for the formulation of an elite group of scientists and military leaders to analyze and mitigate the controversy surrounding a crashed flying saucer and first generation of alien abductions. Noting the reported behavior of UFO’s resembling a falling leaf tendency or a wobbling feature to their motion, Strieber comes up with an excellent hypothesis.

Taking the original accounts given by witnesses who saw the alien bodies as well as the reports made by soldiers on maneuvers at Ft. Bliss and Ft. Hood, Texas in the late 1940’s to 1950’s, he thought of a UFO as an electromagnetic craft that hovered by countering the electric field of the earth. Fluctuations in the earth’s field at times caused the telltale wobbling motion of the craft that did not actually carry an engine, but generated a similarly charged field that repelled it from the ground like two magnets resisting each other’s fields of attraction. Strieber pointed out that the body suits worn by the small, large headed, entities, acted as insulators for the crew who had to exist within an electrically charged field of generated magnetic force.

As USAF pilots among other branches of the armed forces pursued UFO’s over the air space of the continental United States, flight characteristics were noted and analyzed. In doing this, universities in cooperation with DARPA were consulted on the possible methods of locomotion used by these esoteric craft that were eluding and frustrating our best interceptor aircraft technology. Authorities sensed an absolute boon existed for any manufacturer capable of duplicating such flight criteria not only for profit and a monopoly for such firms, but for the defensive capability that would enhance our ability to defend our skies from either hostile nations or unknown civilizations from elsewhere in the universe!

In his book, “Aliens in Space” Major Donald Keyhoe, USMC retired, revealed the desperate grab for superior flight technology going on between the various defense and civilian contractors, who were keen on deciphering the mysterious alien space craft secrets to superior maneuverability and speed under the demanding conditions of earth gravity and atmospheric density. Such resistance presented great challenges to human flight engineers, but after the widely acknowledged prowess of UFO capabilities when pursued by the hottest interceptors the US and other nations had, a sensation was created over who would be the first to conquer such demands upon airframes, propulsion systems, and pilots undergoing the incredible G-forces encountered during high performance sequences.

The race was on to duplicate flying saucer flight

Such manufacturers as William Lear, McDonnell Douglas, and Bell Aerospace initially tackled the challenge with great optimism. It seemed that flight physicists had solved one dilemma in the interpretation of flight data that distinguished the superior performance of UFO’s observed by their pursuing military aviators. That was the probably ability to neutralize the gravitation field immediately around the aircraft which would preserve the fuselage of the plane and the life of its pilot under impossible G-loads. UFO’s had been observed to make right angle turns at thousands of mph. and climb or dive to altitudes at impossible rates of speed compared to conventional manmade aircraft.

Universities such as Stanford were even experimenting with electromagnetic fields as a form of propulsion. In their initial primitive experiments, an object tethered to its powers source, created a magnetic field that matched the surrounding gravitation field. Just as magnets repel alike charged electrical fields allowing one magnet to hover over another similarly charged magnet indefinitely, so could the crude experimental objects that were controlled by wire as scientists analyzed what kind of conventional power systems could be calculated on a full-size scale. Old black and white films depict these hovering disks remotely controlled by researchers using wired handheld devices.

Millions were spent by US aircraft manufacturers, each competing for the first successful and practical design that would revolutionize aircraft and space travel while putting human technology on par with UFO capabilities. Such was not the case. Frustratingly, US defense contractors and aircraft makers could not find a way to neutralize the gravity field immediately around the aircraft. Wind tunnel testing, aerodynamics, more powerful turbine engines, streamlined fuselages, and improved control surfaces did enhance flight characteristics, but could not bring about the dramatic observed capabilities reported by interceptor pilots while in pursuit of these anomalies playing their cat and mouse games with their human counterparts!

AVRO Corporation, a Canadian contractor, who had already built a futuristic high speed long distance bomber for SAC defense contracting competitions built a UFO prototype. It was a shiny metallic disk that hovered over the ground via downward vectored thrusters powered by an onboard turbine (jet) engine. The two manned craft merely acted much like a swamp buggy drifting a few feet above the ground at a slow rate of speed, but hardly a world beater or an answer to the ongoing mystery of incredible UFO performance, especially when chased by the North American built F-100 Super Sabre, the F-101 Voo Doo, or the F-102 Delta Dagger all capable of supersonic flight, all world class fighter interceptors, and yet, incapable of making a decent contest out of UFO pursuits.  Several other experimental prototypes of X-planes as they were known were scrapped as being failures in their attempts to attain exotic flight capabilities.

Even the Germans in World War II had fielded some extremely futuristic designs that were years ahead of allied military aircraft. Rumors had it that the Nazis had indeed invented a hovering aerial disk armed with machine guns, but neither US forces, who occupied Peenemunde Air Base or the Russian liberators who had also captured many of Werner Von Braun’s rocket scientist V-2 teams had ever confirmed confiscating such a craft. Even though the German’s Horton Bros. had designed several flying wings with stealthy fuselages, no flying disks were recovered. German scientists in the 1920’s 30’s and 40’s had experimented with RAM jets, SCRAM jets, and VTOL’s (vertical take-off and landing) crafts, but these designs never displayed the capability of UFO’s. Still these unknown aerial anomalies continued to elude our best efforts at capture or shoot downs.

Are we actually familiar already with what crashed at Roswell?

Even in July of 1947 when the UFO crash near Roswell, New Mexico occurred on rancher, Mac Brazel’s land along with related crashes in nearby rural regions of New Mexico. Witnesses who saw these crash sites reported “bat winged” shaped craft like a photo taken by William Rhodes of Phoenix, AZ a day or two before the Roswell crash. The alleged sites in New Mexico where related crashes were found were reported in Aztec and on the Plains of San Augustin. The photo resembles the modern day secret high speed high level reconnaissance aircraft known by code names “Aurora” and “Manta” which have still not been officially acknowledged by the government despite their signature cork screw contrails often seen over the skies of Nevada, New Mexico, and the “Four Corners” region of the American southwest.

These facts beg the question. Was there some top secret high level cover-up of a manmade project that could have approximated the appearance of flying disks or the first reported UFO’s of the 1940’s? The answer is no. Despite testing at White Sands of German V-2’s with a US made A-9 experimental second stage designs, despite early delta winged fighter aircraft being tested, despite other odd and unconventional configurations being flown in the late 1940’s, there was simply not adequate power or material development to copy UFO flight performance. Even Captain Ed Ruppelt of the Air Force’s Project Blue Book remarked that Kenneth Arnold’s famous 1947 sighting of 9 silvery disks near Mt. Rainier while in his small single engine plane was not the Delta Wing testing program underway at the time.

In Donald Keyhoe’s “Aliens in Space” book, another attempt to explain UFO propulsion systems is made. Theorists postulated that a solar powered steam turbine could be utilized within a UFO’s hull while they might also be using ultra violet radiation to transmit their communication links. This was why they could never intercept UFO ship to ship contact, many scientists had rationalized. However, the truth was that despite many different attempts at trying to anticipate the mindset of an advanced civilization from another world, the technology of the late 1940’s to the 1970’s was incapable of attaining the incredible performances witnessed by civilian and military observers.

Even today with onboard flight computers to assist the pilot is keeping his aircraft stable during high rates of performance, the first generation of space planes coming online, and more powerful propulsion systems, UFO-like flight characteristics remain beyond our grasp. The ability to make turns at high speeds that would crush a human pilot, the ability to climb or dive under sudden course corrections is still beyond our rapidly advancing technology.