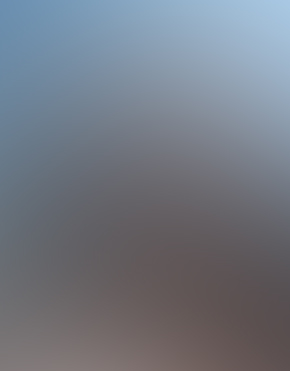 When NBC journalist Tim Russert passed on in June 2008, his colleagues, friends, family and the public said goodbye – or at least “until we meet again” – to a respected and loved individual.

Now may be an appropriate time to revisit his interesting question on Oct. 30, 2007, during the Democratic presidential candidates’ debate. Russert asked Ohio congressman Dennis Kucinich about an unidentified flying object (UFO) that Kucinich had reportedly witnessed.

People chuckled. Kucinich appeared a bit embarrassed. Some people thought it was an irrelevant question by Russert when there were so many other important issues to question candidates about.

Kucinich supporters griped that Russert was trying to make their candidate look foolish or quirky. Those who consider UFOs an interesting and legitimate topic thought Russert could have been ridiculing the whole subject.

Kucinich said he did see something in the sky that seemed unusual. It was unidentified (at least for him), it seemed to be flying and appeared to be an object. So, yes, he admitted, he did see an unidentified flying object. What it was, he didn’t know.

Where was Russert coming from on this question? Why did he ask it?

After Russert’s passing, and after I wrote an earlier article about him, a reliable source who requested to remain unnamed contacted me. He said he sometimes spoke with Russert about this subject told me he felt that Russert had a real interest in the UFO topic and the theories about extraterrestrial visitors to Earth.

During the same candidates’ debate, then-senator from Illinois Barack Obama was also asked about extraterrestrial intelligent life in the Universe. Obama avoided the question and changed the focus by replying that he was more interested in people’s lives in the U.S.

But Russert seemed to have started something.

To his credit, Richardson replied that his view was that the federal government should be more forthcoming about the topic. He said some of his previous comments about Roswell were to help market the town as a New Mexico visitor destination (what kind of visitors, he didn’t specify).

It seemed unusual that both Russert and Matthews would ask presidential candidates in a prominent public debate and media platform about UFOs. The subject was just usually not discussed much on mainstream media or in public politics.

However, that situation changed quite a bit two months later when multiple UFO sightings in Stephenville, Texas, made headlines around the U.S. and internationally.

The Associated Press picked up the story in mid-January 2008 after a small-town reporter named Angelia Joiner of the Stephenville Empire-Tribune newspaper wrote that several credible community citizens had seen some very strange things in the skies above Erath County.

A couple of months before, Russert’s question seemed quirky and funny. Now, other journalists were reporting on a significant UFO incident in rural Texas.

During the 2007 debate when the candidates were asked about UFOs, it is unclear if Russert, Matthews and others were aware of all the connections between certain candidates, their home states and UFOs.

In addition to New Mexico’s Richardson and Roswell, Ohio’s Kucinich is from the home state of Wright-Patterson Air Force Base in Dayton. This base includes centers that analyze “foreign technology” such as the aircraft of enemies or adversaries.

Legend has it that the wreckage and extraterrestrial bodies from the Roswell crashes were taken to Wright-Patterson for testing and analysis.

Although Obama deftly sidestepped the UFO question, his home state was the site of the significant Nov. 7, 2006, Chicago O’Hare International Airport sighting. In that case, many reliable witnesses at the airport reported seeing a gray, metallic, disc-shaped craft above the airport.

Witnesses said the object appeared approximately 6 feet to 24 feet in diameter, had no lights, was silent and hovered just below the cloud deck of 1,900 feet. The case was covered by the Chicago Tribune and the story was picked up nationally and internationally.

Russert, a devout Catholic, probably was aware of the May 2008 article in the Vatican newspaper by Father Gabriel Funes, the pope’s chief astronomer. Funes’ article was about intelligent extraterrestrial beings and was titled “Aliens Are My Brother.”

Russert was known to have plenty of connections as a journalist. Did he have any inside information on UFOs and extraterrestrials? Was it suggested to him to pose a public question about the subject? These seem to be interesting questions.

Russert’s queries to the presidential candidates were not the first time that politicians commented on UFOs. President Ronald Reagan reportedly said Steven Spielberg’s movie “Close Encounters of the Third Kind” was more accurate than many people thought.

Reagan also delivered a famous speech to the United Nations in 1987 about how the human race might overcome our conflicts and work together in the face of a danger from outside of Earth.

President Jimmy Carter filed an official UFO witness report after he and other people aboard an aircraft saw a UFO in October 1969.

Former Arizona governor Fife Symington has stated that he saw a huge craft of some kind during the “Phoenix Lights” incident of March 13, 1997. It seemed to be a large triangular “craft of unknown origin” with lights, he said.

“It was dramatic. And it couldn’t have been flares because it was too symmetrical. It had a geometric outline, a constant shape,” according to Symington, a former Air Force officer and pilot. “It was enormous and inexplicable. Who knows where it came from? A lot of people saw it, and I saw it too.”

So, Russert’s questioning of political candidates may have not been so offbeat after all.

The field of journalism is changing due to today’s technology and the ways we access news and information. The kind of information journalists report on is also changing.

Professional and paraprofessional journalists might want to consider Russert’s role as a responsible reporter who thoroughly covered the conventional news, as well as being informed and bold enough to explore unconventional current affairs.