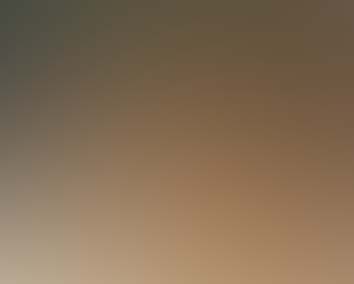 To explore the current situation regarding possible visitation to Earth of intelligent beings from other planets and/or other dimensions, some people say we should look back to, at least, the 1940s.

According to many researchers, during the World War II era a mysterious phenomenon began to show itself – unidentified objects in the sky, sometimes near military aircraft. American air crews nicknamed the objects “foo fighters.”

Also during the World War II era, there are claims that crashes of unusual craft that contained occupants may have taken place. The recovery and examination of such craft and occupants would have certainly created amazement and concerns among defense, intelligence and scientific experts and officials.

Other researchers say we should look much further back in history than World War II. They say there are indications that some kind of, or several kinds of unconventional and secretive intelligent beings have been part of Earth for centuries.

Across human cultures and civilizations, there are ancient stories that seem to possibly be related to unusual beings of several kinds. The legends and insights of Native American Indian tribes could be particularly helpful.

Research by people in the defense, intelligence and scientific communities would also probably have looked at this much broader picture to determine if UFOs and their pilots, crews and passengers were simply a specific phenomena, or part of a much more complex tapestry in a more mysterious universe.

Today, it is sometimes assumed that unconventional visitors or beings would be from another planet in another solar system and galaxy, possibly from another time, or another bordering dimensional neighborhood of our universe or “multi-verse.”

This might very well have some truth to it. There are indications that this kind of scenario is something that we would be wise to prepare ourselves for.

In fact, some people say that elements of the defense, intelligence and scientific communities have been trying for some time to educate, acclimate and prepare us for such a situation.

Yet, to expand our thinking about unusual possibilities, we might also consider the concept of angels as one type of extraterrestrial or inter-dimensional being. Stories about angels tell us that they sometimes move between our worldly dimension and the one we call the afterlife or Heaven.

And, it is assumed that many of them once walked the Earth as average humans, then became spiritually advanced during and/or after their life on Earth as they passed on to another dimension, or possibly accessing multiple other dimensions.

Additionally, there seems to be a general belief that angels, if they exist, behave in secretive and mysterious ways, often behind the scenes and with plans and agendas that are sometimes difficult to understand.

In this sense, they seem to behave like covert intelligence agents, although we probably expect angels to rise to higher levels of professional conduct in their methods and objectives.

How should we try to understand such apparent diverse concepts as angels possibly existing around us along with beings from other planets who come here in advanced spacecraft?

If this spectrum of possibility was real, would the goals of multiple kinds of beings be the same? Would they have different agendas and different ideas of moral and ethical behavior?

Would these diverse beings have something in common, such as greater understanding of the physics of the universe and how time, space, energy work? Would they use the same kinds of wormholes, portals and star gates to get from one place to another?

Do they utilize extrasensory perception and mental telepathy in the same way? Do they perceive a larger and more fundamental force in play or even a master plan of some kind?

People in the defense, intelligence and scientific communities tasked with tackling such questions might have found the job challenging and difficult. Many of them might have been psychologically unprepared for some of these contingencies.

The same could be said about the rest of us too.

As we move forward amid various reports of UFO encounters, new and different scientific views of nature and the universe, and greater understanding about the potential of human consciousness, we all may find it challenging and difficult.

There may even be threats to consider that are different from, and in addition to the conventional dangers we face such as nuclear war, degradation and pollution of Earth’s natural environments and overpopulation.

Still, there seem to be many kinds of potential benefits and rewards. These include achieving greater understanding of the world around us, acquiring and developing advanced technologies that benefit humanity and our planet, mitigating human suffering and enhancing the development of the human species.

The UFO situation is probably quite complex, just like many of the other predicaments and dilemmas we face throughout life.

We know that humans often find it difficult to get along with other humans. Adding other intelligent beings to the mix – including beings who could be quite different in certain ways and more advanced in some ways – is bound to require and result in change.

What kind of change? That seems to be a reasonable question.

Probably all of the above. In fact, to try to deal with significant discovery and change that could be around the corner in these interesting areas of science and psychology, it might be helpful to develop a range of resources that help all of us gain greater understanding.