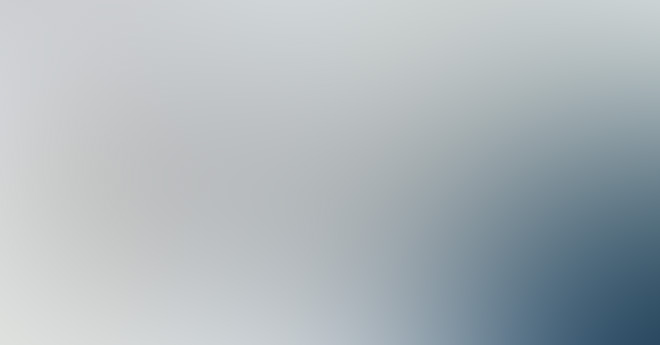 Mentioned in not only a Nova documentary on PBS TV in the 1980’s but a book written by the first Director of Project Blue Book Captain Edward Ruppelt, “The Report on Unidentified Flying Objects

” released in 1956 is an obscure incident witnessed in the undisclosed air space over the US in 1948. By then many major UFO sightings rocked the world such as the Roswell Crash and the Kenneth Arnold Sighting with many more to come, yet this particular sighting stands out as a peculiar if not important reference to a technology that we are only now beginning to understand and implement, and that is stealth technology. Is it no wonder that our extraterrestrial counterparts operating here on planet earth would have already showcased their capabilities a long time ago?

It happened in most routine fashion actually as a patrolling interceptor pilot in his P-51 Mustang observed something unusual as he flew at altitude and maintained aerial surveillance under his orders. What he observed may have seemed somewhat mundane, yet the implications of his debriefing as well as the photographic evidence he took would later have greater implications for those studying this mysterious phenomena in years to come.

At 30,000 feet and climbing while traveling at an estimated 400 mph was a contrail that was observed by the pilot as he began his pursuit of the unknown intruder. Were the performance characteristics that fantastic for the time? No, many US and world fighter aircraft were capable of this speed and altitude. As a matter of fact, our B-17 bombers routinely flew over Germany in World War II and bombed their targets from 30,000 feet. This was not even their maximum service ceiling, but in order to accurately hit their targets using the Norden bombsite and make anti-aircraft artillery less deadly, this altitude was used most often. So for an F-51 interceptor pilot on routine patrol to engage a contrail at 30,000 feet was not such a fantastic occurrence, but there was something very strange happening that defied explanation.

What was he observing?

As the pilot pulled back on his throttle and adjusted his control surfaces for a steep and fast climb he was intrigued by what he saw. There was no aircraft at the head of the contrail! The US aviator was well within visual distance but was unable to determine what if anything was making the exhaust trail that spread out into the cold thin atmosphere before him as he pursued his unknown aerial opponent. Radioing his observation to his superiors, the pilot maintained his course and heading as he attempted to identify the “Bogey”.

It is not known whether military radar picked up the unknown airborne craft, but the pilot was firmly fixated on his target. There was only one problem as the aerial mystery continued to climb it was outdistancing its pursuer’s capability. At 41,900 feet maximum service ceiling the pilot was going to be outmatched very quickly as his prey ascended to a higher altitude. The very fascination known to pilots as target fixation when a combat aviator is intent upon shooting down his aerial foe was responsible for the tragic death of Captain Thomas Mantell in his ill-fated chase of a UFO over Godman Air Field in Kentucky in that same year of 1948. Flying in his unpressurized cockpit and exceeding his recommended maximum altitude of 20,000 feet, many thought it was anoxia that was responsible for Mantell’s fatal crash, yet this would not be the outcome of this particular engagement.

As the mysterious contrail with a seeming nonexistent craft outdistanced the American aviator pursuing this anomaly he pulled back on his controls to expose several feet of gun camera footage in order to record and verify what he was chasing through the icy thin upper atmosphere. He photographed the exhaust trail which apparently had no flying machine generating the exhaust vapor that was leaving a telling trail. It would not be until later photo analysis that the true nature of what the pilot had encountered was addressed.

In 1948 there was no concept of stealth except from the early attempts by the Horton Brothers who produced flying wings for the German Luftwaffe with streamlined features that could have reduced their radar signatures, but this invisible craft at the head of its contrail as it out climbed its F-51 Mustang pilot was here to fore unknown at the time. It would not be until years later that the full implications of such a sighting could be ascertained. In 1948 stealth originating from another civilization operating in earth’s atmosphere may very well have been observed and documented for the first time although the full dynamics of this discovery could not have been fully realized at the moment in time as US Air Force photo analysts puzzled over their frames of combat film footage and wondered just what it was they were looking at.

What is now a viable technical advancement was in 1948 a mystery that remained to be solved. Just as the Roswell crash and its artifacts were being analyzed by specialists who wondered how such exotic technology could ever be incorporated into human devices, the phantom contrail appeared to be an unsolvable puzzle. Now we know that even if an exotic technology could cloak an aircraft in the sky still its propulsion system would leave a trail in the icy upper atmosphere as the fuel particles crystalized from the cold temperatures at such heights, that is if it were using a jet turbine, ram jet, rocket motor, or scram jet engine. If the object had been utilizing an electromagnetic form of power, there would have been no telltale contrail.

Once again a superior technology exhibited by those from an unknown realm haunts our perception of ourselves and history and compels us to rethink our assumptions. Surely this little know aerial encounter attests to much more than it seemed at the time and we are amazed at the era in which this incident revealed itself to us. Until next time when the unknown eclipses our comfortable reality and beckons us to realizations we had not suspected before.

If you would like more information or to purchase this book through AMAZON.COM please click on its title: The Report on Unidentified Flying Objects by the Former Head of Project Blue