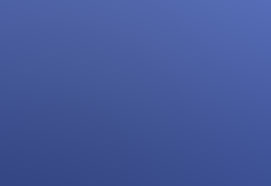 If you missed Part I in this series click here: https://www.ufodigest.com/article/historical-perspective-0306

In a continuance from the previous article we saw the undeniable rise in UFO sightings as man’s technological prowess began to take on disturbing dimensions in the years following World War II. In 1952 US high command frustrated over the stubborn butchery of the North Korean and Chinese forces along with their refusal to negotiate peaceful terms discussed the use of tactical nukes in order to persuade them to reconsider.

In Korea the best fighter aircraft and seasoned World War II pilots of America and secretly of even the Soviet Union engaged in legendary air to air battles known as “dogfights”. “Mig Alley” a hotly contested quadrant over a military grid map over the border of North Korea and China became the site of vicious high speed maneuvering F-86, P-80, Gloster Meteors, US Naval Panthers, B-29 bombers, F-84 Thunder Jets, along with such prop driven fighters as F-51 Mustangs, F-82’s among others. Many of these aircraft eventually fell prey to Russian built MIG-15’s. Only the F-86 series fighter could hold its own against the swept wing MIG. As Allied forces stood greatly outnumbered by Mao’s Red Army, only ground attacks by various venerable American built fighters were capable of neutralizing the onslaught.

Perhaps as many have suggested, the appearance of intense UFO activity in the post -World War II era was merely a global surveillance program as human capabilities were measured and our intentions were determined. It is hard to say. However, it is undeniable that as man’s development pyramided into globally destructive capacity accompanying this newfound power was the emergence of the UFO.

Though UFO and human fighter aircraft engagements were rare in the late 1940’s that trend was to change in a shocking manner as thousands of mysterious crashes and disappearances began to leave traces in the night skies and in the fields of rural areas as investigators began hiding the gruesome truth. FAA crash teams and Air Force investigators began assigning vague designations to mysterious aircraft losses where seasoned war veterans with excellent flight experience were involved. According to Frank Feschino in his book “Shoot Them Down” by 1952 US high command was indeed demanding that UFO’s be brought down by force if necessary.

By the year of 1953 the world’s first mass produced supersonic fighter came onto the scene to be quickly accompanied by more of the “Century Series” jet fighters. The F-100 Super Sabre quickly became the work horse of General Curtis LeMay’s Strategic Air Command. Too late to enter the Korean War the “Sabre Dog” as it was affectionately nicknamed became the outstanding world beater of a jet interceptor it was intended to be. Just another piece of the human arsenal that would pursue UFO’s all over the air space of the world, the F-100 was followed by a number of sophisticated aircraft.

Feschino’s book “Shoot Them Down” is corroborated by statements made by Major USMC retired Donald Keyhoe, who revealed that US Navy fighter pilots admitted to him that they were instructed to ram flying saucers if they could safely eject before impact. Keyhoe, the original authority on UFO’s for decades due to his connections in the Pentagon found that the US military was desperate to recover UFO hardware before the Russians did in the “Cold War Era”. In the book “Aliens in Space” Keyhoe’s revelations were often a thorn in the side of the US Air Force.

Another authority who corroborates the existence of numerous ill-fated air to air engagements between military pilots of the world and flying saucers, particularly US aviators, is former NASA scientist Richard Haines, whose UAP (unidentified aerial phenomena) files reveal tampering and mislabeling of actual aircraft losses as being intentionally distanced from their association with UFO’s at the time of the crash. In doing so, Doctor Haines has estimated that literally hundreds of UFO encounters and even crashes that occurred in conjunction with them were dismissed or denied in this fashion! This he reveals as being an administrative cover-up among federal agencies that has gone on for decades.

Bikini Atoll was the site of a number of immensely destructive Hydrogen Bomb tests from 1946 to the mid 1950’s. As the undeclared air-war between the US military and UFO’s went unreported to the American public, the thermo nuclear warfare continued on a deadly pace between the United States and the Soviet Union as tensions remained high. These toxic forays into the deadly testing of dooms day weapons may very well have been used as an ominous weapon to our alien invaders that we would rather scorch this planet and destroy ourselves than allow them to conquer our world. Even when indigenous populations were returned to their native island, or what was left of the Atoll, contamination was detected in food grown from the soil. Once again, the natives were removed from their home due to unsafe radiation levels.

New challenges to the UFO

New generations of US war planes emerged from the hangars of American aircraft builders such as North American, Fairchild, Vought, Lockheed, and Boeing as they produced such formidable aircraft as the F-101 Voodoo, the F-104 Star Fighter, F-106 Delta Dagger, F-8 Crusader, and the F-102 Delta Dart. These supersonic aircraft were even equipped to launch nuclear tipped missiles and would become the leading edge in America’s stand-off capability against not only its conventional enemies but, at times, the mysterious UFO. It seems that arms race was also being paralleled by another kind of race perhaps just as deadly and definitely more of an intelligence challenge than simply human aggression. Many of these new generations of fighter aircraft would see action years later in the Vietnam War.

In Part III we will further explore the unfolding human technological race co-existing with its enigmatic counterpart-the UFO.