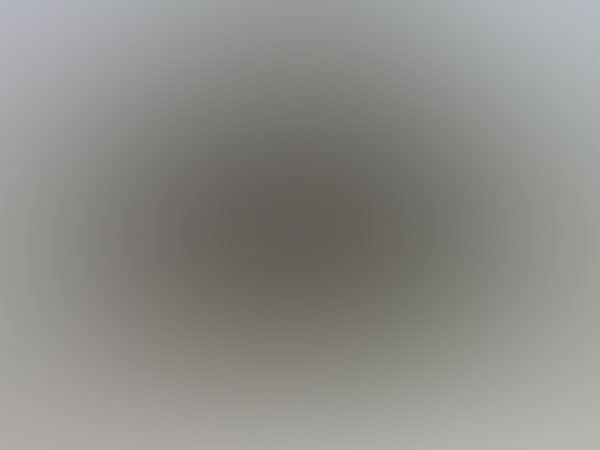 As the US Air Force, US Navy, and even the National Guard conducted an ongoing undeclared air war with UFO’s in a number of intense incidents, the American public was oblivious as the US media cooperated with the truth embargo. Yet, according to Philip J. Corso in his book, “The Day After Roswell” many scientific breakthroughs attributed to human ingenuity were in reality harvested from alien artifacts recovered from the UFO crash near Roswell in 1947.

If you missed Part II of this series click here: https://www.ufodigest.com/article/ufos-perspective-0309

Hiding the answer in plain sight

According to US Army Colonel Corso retired, debris of the wreckage yielded a number of mysterious devices that were secretly ceded to US defense contractors as captured foreign technology. Thanks to General Nathan F. Twining who ingeniously sequestered the recovered alien devices under the aegis of foreign technology right under the nose of the public and competing intelligence agencies like the OSS, the instrumentality that survived the crash near Roswell was secured for future generations to back engineer.

Under the direction of his superior, General Arthur Trudeau, a very deft move resurrected the recovered Roswell wreckage that had been hidden by US Army intelligence from the prying eyes of civilians and competing armed services within the Pentagon, and back engineered by US contractors. The giant technological advances made by mankind according to Philip J. Corso can be attributed to the efforts by General Trudeau and his aid Corso himself in discreetly handing off alien artifacts that would yield breakthrough discoveries in electronics, propulsion, and other instrumentality.

A telecommunications veteran weighs in

From lasers, to pilot to aircraft interface, the bizarre hardware of the alien civilization that either crashed due to the disruption to its systems by powerful military targeting radar or by design, leant a speedy methodology that jump started human technological advancement toward light conducting optical fibers, miniaturized circuitry, electromagnetic properties, stealth, and computer memory. Philip Corso presents a puzzling alternative history as the true origin of mankind’s seemingly all too rapid ascent to technological development. These findings are further corroborated by an acquaintance I would make with an educator.

I spoke with an electronics teacher at a now defunct video technical institute who worked for Bell Northern Labs for more than 40 years. As an instructor he often told his students that he believed that man’s technical advancement did not go unaided by an extraterrestrial influence. He simply stated that after years in telephony and the sudden change that came about in a very short time that this speedy development completely contradicted what direction was being undertaken by the analog, vacuum tube, electronics that were not soon destined to be eclipsed into obsolescence by a vastly different form of improvement that could not have been foreseen. This man taught my brother, who received a 2 year degree from this institute. This professor of impressive credentials would later provide me with contacts to UFO witnesses, one of them being a former Florida policeman, who witnessed a fantastic aerial phenomenon event over the skies of Miami along with a crowd of onlookers.

The persistence of denial

As the American public was led astray by the government over the subject of UFO’s being told that there was nothing to it, that it was all within the realm of misperception and hoax, events continued to perplex aviators and high command. If indeed there was nothing to UFO’s one might ask why well known writer, Donald Keyhoe, was literally blacked out from the TV screen during an interview he conducted with an Air Force Colonel because one of his questions was not on a script that was supposed to have been followed. On this NBC program in 1958 in front of millions of American viewers the public experienced the kind of iron fisted censorship used by the Soviet Union and other fascist governments to suppress the truth!

End of one war but not another

When the Korean War ended in 1953, the undeclared air war over the skies of the US did not. November 23, 1953 USAF pilot Felix Moncla in his F-89 Scorpion had been ordered to intercept a UFO over a vast stretch of Lake Superior guided by an air traffic controller at Truax Air Force Base in Madison Wisconsin. Scrambled out of Kinross AFB, F-89 Scorpion all weather interceptor crew pursued the strange aerial intruder. As his backseat radar officer 2nd Lieutenant R. Wilson attempted to clarify their bearings on the unknown aerial object, they rapidly approached at 500 knots. Little did they know their fate with destiny became sealed forever in the tomb of the unknown. As the air traffic controller watched both blips on his screen converge (F-89 and UFO) they disappeared and radio contact with Felix Moncla and his interceptor aircraft was lost forever. A massive search yielded no results in the days that followed.

Caught in a lie!

When the US Air Force issued a formal statement  that Moncla and Wilson had collided with a Royal Canadian military Cargo plane, the Canadian authorities immediately denied that their aircraft had been involved! Yet, such is the case in the long history of the UFO cover-up. Few answers can be given and many more questions arise. Especially, when the governments of the world have followed a policy of denial and ridicule until recently, still the US maintains a veil of secrecy over the issue. The stubborn policy of lies and counter intelligence tactics continues to shroud the true nature of UFO’s in a realm of uncertainty.

A year after the armistice of the Korean War had finally been negotiated, still the fatal specter of the unknown cast a shadow over the UFO landscape. July 1, 1954 another incident that would spell tragedy for the participants occurred. A bright unknown object in the sky reported by many callers initiated a scramble order from Griffiss Air Force Base. The two man crew of an F-94 Starfire jet interceptor climbed into the sky to meet their appointment with destiny. As the backseat radar officer picked up the unknown target at approximately 6 miles distant ground intercept continued to guide the two man crew. The F-94 Starfire was to climb to an altitude of 20,000 feet in search of its objective.

As the pilots closed in on the reflective airborne disk of unknown origin, tragedy struck! Both pilots were assaulted by a suffocating wave of heat within their cockpit that quickly convinced them their aircraft was stricken with an unrecoverable in-flight failure. The controversy is apparently whether or not these aviators were attacked as they steered toward the UFO or whether or not as they flew through a break in the clouds they found themselves in the path of a mid-air collision with a bright unidentified craft with hostile intentions.

Such encounters as this quickly stripped away the benign aspect attached to UFO’s as merely being harmless glowing objects in the sky that often outran the interceptor pilots tasked with maintaining a secure air space as is the mission of the domestic air defense role. The pilots were quickly forced to eject as the sweltering heat within the aircraft rapidly overcame them. As the pilots clung to their parachutes and descended in the relative silence of the upper altitudes they looked down in horror to see their stricken F-94 Starfire jet crash into a building in the small town of Walesville, NY and explode into flames striking a car and killing the family of four within that vehicle.

Despite the desire of the two aviators to tell the people of Walesville what had really happened, they were quickly retrieved by an Air Force staff car and debriefed. The mention of a UFO in relation to this case was quickly dismissed by authorities, but there were those who knew and were asking questions. The Air Force officers anxious to explain to the families of the victims in Walesville were put under strict orders to maintain silence over this troubling incident.

Such has been the case in the long twisted corridors of time under the darkness of official denial that has woven a web of questionable circumstance and misleading accounts. There seems an undeniable parallel of human history and events not so clearly understood as the UFO mystery eclipses many attempts of denial and repudiation. As man continues to approach levels of advancement that force us to ponder our future still the unseen hand of a persistent enigma calls out to us from darkened skies as pilots vanish and aircraft are lost for no apparent reason.