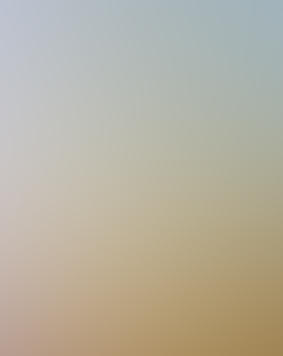 For us to draw a logical parallel between the sudden appearance of the mysterious UFO to the eyes of mankind on a literal global scale we must first appreciate the technological development of the human race in conjunction with the sudden appearance of the unknown. The question we must ask is that were we visited due to our development of instrumentality, potentially destructive weaponry, as well as our advancement into high speed platforms (missiles, jet aircraft, rocketry? One thing is for sure in evaluating the factors that could have aroused the interests of another civilization there is little doubt that our activity may well have caused such interest.

Although there is considerable yet scant evidence that mankind has been visited through-out history we have definitive events that occurred by the post-World War II era that were astonishing enough that the attention of the public was riveted by such incidents. These incidents were so amazing that neither the efforts of the government, military, nor mass media could suppress the public’s awareness or fascination with a phenomenon that exceeded the capabilities of our present technological advancement. In this article we will see that man’s progression into many technical realms having to do with war and weapons delivery seemed to have arrived simultaneously with the ubiquitous emergence of flying saucers.

1947 may very well have been the most pivotal year of the 20th century in an already volatile stretch of decades. In that year several earth shaking UFO events transformed public awareness forever. From the sighting of 9 unknown silverish objects in the vicinity of Mt. Rainier in Washington State by pilot, Kenneth Arnold to the alleged recovery of an alien disk by the 509th Bomb Group at Roswell, New Mexico, 1947 proved to be an inflexion in human events. General Nathan F. Twining in his shocking intelligence estimate to the Joint Chiefs of Staff at the Pentagon established UFO’s as a very real manifestation of superior technology not originating from planet earth.

In that year test pilot Chuck Yeager broke the speed of sound in his Bell X-1 rocket plane. Project Sign was enacted by the US Air Force in reaction to the UFO flap that manifested itself in 1947. Intelligence officers began to interview people who reported their incredible observations.  The first generation of US jet fighters such as the P-80 were already being flight tested and would unknowingly enter the theater of the Korean War in a few short years.

1948 saw the progression of a number of disturbing events in connection with the UFO. Captain Thomas Mantell loses his life in pursuit of a huge metallic UFO as he climbed beyond 20,000 feet in his unpressurized P-51 Mustang to get a better look in close vicinity to Godman Airfield in Kentucky. That same year the Maury Island Mystery came upon the scene. Two local fisherman and a boy witnessed several objects orbiting around a central machine that seemed in distress suddenly exploding and vanishing, but not before a molten slag had been dropped on their boat killing the child’s dog and burning him requiring medical assistance. The two investigating Air Force officers were later killed after accepting the molten slag for further study and boarding a B-25 bomber headed for McChord AFB. Rumors of a conspiracy to hide the interplanetary proof of the incident abounded.

It is interesting to note that in the year of 1948 the first plans for a telecommunications satellite were pioneered by Arthur C. Clarke, a scientist who would later author such popular science fiction novels as “Childhood’s End” “2001 A Space Odyssey” and many more. Yet, it would take another 10 years for the US to launch the Vanguard satellite after being beaten to the punch by the Soviet launch of the Sputnik satellite in 1957.

In 1948 as part of the US Army Project Hermes several WAC Corporal rockets were mounted atop captured German V-2 missiles and launched as a 2 stage payload. At a speed of 2,740 mph this configuration reached a height of 80 miles. The research program lasted 4 years until 1952.

In 1949 Navy Missile Commander R. B. McLaughlin admitted in a Magazine article that high speed high altitude unidentified objects under intelligent control were tracked entering Earth atmosphere over White Sands proving grounds. In that same year Project Grudge would emerge as the new US Air Force effort to suppress eye witness reports of UFO’s. The Air Forces new aggressive response to UFO investigation angered many ex World War II pilots who were now flying commercial civilian airliners, cargo planes, and single engine aircraft. The new policy only served to embolden UFO witnesses to rebel against the efforts of the military to convince them otherwise. According to Captain Ed Ruppelt in his book “The Report on UFO’s” published in 1956, Commander McLaughlin was relegated to an Arctic Destroyer patrol after making his public admission of UFO’s sighted over White Sands.

1950 emerges in the shadow of the UFO

In 1950 Project Twinkle was funded by the US Air Force to photograph frequent UFO sightings in northern New Mexican desert near Holloman AFB. Once green fireballs were determined by Doctor Lincoln La Paz not to be the product of meteor activity but something else, money was appropriated by the US Air Force for the use of grating lens cameras to analyze the strange aerial objects that glowed in the night skies over New Mexico. Supposedly results were deemed inconclusive. The year of 1950 was greeted by the bloody outbreak of war in Korea as an unprepared US military was taken by surprise. In this pivotal year a newly organized effort by the US Air Force is undertaken and Captain Ed Ruppelt is named director of Project Blue Book. The golden years of an intense investigation are marked by Ruppelt’s efforts to solve the UFO mystery.

In 1952 the Project Blue Book staff was nervous in anticipation of a powder keg of UFO activity waiting to explode, and it did just that as sightings were reported all across the US. As UFO’s violated White House air space for several nights in a row, scientists warned the Pentagon against the sanction of a shoot down order fearing the start of a war with another world. The raging Korean War was overshadowed by newspaper headlines that read “Interceptors Chase Flying Saucers over Nation’s Capital”. To stem the tide of public hysteria the largest post-war military press conference since World War II was held at Roger Smith Hotel in Washington DC to attempt to dismiss UFO’s as no threat to national security and possibly being temperature inversion targets on radar screens.

Perhaps the largest joint naval exercise in history “Operation Mainbrace” took place in the North Atlantic as was envisioned by General Eisenhower, who was present in a flag ship there. This massive exercise was plagued by a number of reported UFO’s and even USO (under water submerged objects) that created confusion and attempts to identify these enigmas by Gloster Meteor pilots of the UK as well as destroyer crews who detected unusual activity below the water. It is said that Ike remained on the bridge in his pajamas in the early morning hours awaiting reports of the strange sightings.

In part II we will examine more historic examples of man’s technical development as it paralleled major UFO sightings. https://www.ufodigest.com/article/ufos-perspective-0309