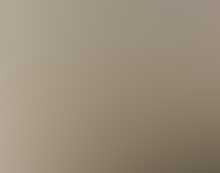 The psychological factors surrounding the topic of UFOs and visitors to Earth from elsewhere seem to involve complex circumstances.

One example may be the paradoxes of UFO sightings. Often, people see something in the sky that looks odd and may jump to the conclusion that it could be something very, very unusual such as a spacecraft of some kind.

In other cases, something truly anomalous is seen, often by multiple reliable witnesses, and the sighting is explained away as something natural or a misperception.

When people may spot a top-secret advanced military aircraft, they reportedly are allowed to believe it is an alien spaceship.

And when people see other kinds of very unusual craft that don’t appear to be human-built at all, they may be told that it is simply an advanced secret military plane.

The human mind does sometimes have a tendency to want to interpret and understand what the eyes see. This can result in inaccurate conclusions.

At other times, the mind may not want to admit what it has seen or what is apparent, and prefers denial.

Another interesting aspect in the area of UFO sightings is that active efforts to keep the situation secure and discreet over the decades may have had many influences on people.

The psychological operations (known as PSYOP) involved in UFOs and a range of other leading-edge scientific phenomena could be complex, mixed, harmful or helpful. Because they are usually secret, it is difficult to know.

And, who is conducting the deception, covert activities and mysterious goings-on involved with UFOs and other unconventional phenomena? There probably are multiple players involved.

Are we simply being persuaded or guided in certain directions for reasonable, legitimate and even positive purposes? Or, are we being deceived in ways that could be dangerous?

Again, answers to these questions seem elusive and complex.

Persuasion and the manipulating of opinions and viewpoints are common. Attorneys in the courtroom, advertisers of products for sale, politicians and others try to persuade us all the time. That is a normal and legitimate part of life, though sometimes problematic.

As we dig down into the reasons for, and methods of the persuasion, as well as the underlying truths, we may also evaluate the whole process more completely and see it in a certain light.

The same is probably true of the many kinds of forward-leaning scientific research into subjects that seem to be strange, far-out and sometimes hard to understand.

UFOs are a good example, but not the only one.

Using careful analysis, avoiding jumping to conclusions and keeping open minds, we might be able to get a better grasp on these interesting kinds of situations.

But what if our minds themselves are directly affected in some way we don’t understand?

Research into the human mind has made significant advances of many kinds. Again, there are paradoxical factors. In some cases, knowledge of medicine and psychology has been misused. In other situations, we have used this greater understanding to help individuals and humanity as a whole move forward in positive ways.

In the case of “non-lethal weapons” there has been the development of methods that can substitute for shooting bullets and dropping bombs. Some of these methods may work directly on the brain and body in some way.

These may include mind-altering drugs sprayed over a population, broadcasting certain wavelengths of various kinds of energies or even deploying foul-smelling odors.

There can also be methods that are much more sophisticated and subtle. Some of these may be highly technological and some may be more natural and non-technological, such as various kinds of extrasensory perception (ESP) and telepathy.

What actually is deep inside our minds at the deeper levels of consciousness anyway? Can we gain important insight through introspection, prayer, meditation, contemplation and tapping creativity?

Is it possible to gain useful solid information through ESP, like U.S. teams in Project STAR GATE did?

How might various kinds of psychological influences like these be playing a part regarding unconventional and anomalous phenomena such as UFOs and other leading-edge research areas?

And, if certain psychological methods are part of the overall scenario, who or what might be involved? Defense and intelligence agents? Angels? Alien beings? Are they good, bad or ugly? Is there a higher intelligent force of some kind involved?

As with other kinds of influencing or intervention, are methods and goals constructive and positive, or destructive and hostile? Should we resist and defend against them, or embrace and learn from them?

There seem to be no easy answers, but the questions are interesting and probably relevant.

By trying to keep our eyes open, our thinking clear and looking both outward and inward with strength and compassion, we may be able to appropriately deal many kinds of contingencies.