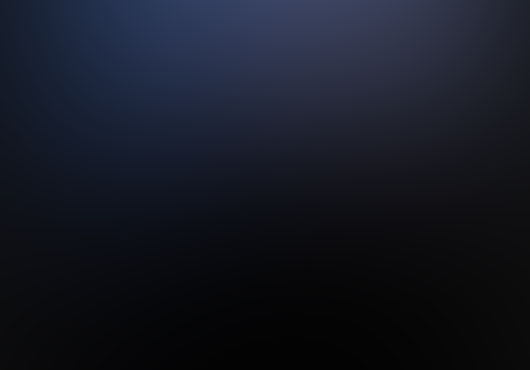 Amidst the multifaceted controversy of UFO’s their purpose here, their origin, their technical capabilities, and their social impact we are faced with a difficult task in determining the truth from fiction. it’s not just enough to assess what the propulsion system could be, how many races from other worlds have visited us or which are still here interacting in a plane of existence, or whether or not governments of the world will ever honestly divulge their knowledge of everything they know regardless of how disturbing this might be.

If you missed Part II in this series click here:  ufodigest.com/article/are-0405

However, there is a persistent pattern in all this that begs to be examined more fully because time and time again it repeats itself like a vinyl record with a scratch in it that causes the stylus to continue to play the same track over and over, known as the “Broken record syndrome”. Author John A. Keel described it best as the “Broken record in the sky” the repetitive false messages regurgitated for all contactees and abductees. The “Big Lie?” as Joseph Goebbels, Hitler’s Minister of Propaganda explained when using false narratives to control the political conversation repeated over and over again until considered to be the  truth.

Emergence of the unknown

The infamous “Men in Black” exposed little until John A. Keel made reference to them in his book entitled “Operation Trojan Horse” chronicled the frustrating pursuit by the US Air Force Intelligence of these entities. He described witness accounts that were shocking if not insightful and made parallel references to the finding of Fortean phenomena that seemed very consistent with the mysterious appearance of the Men in Black. So much consternation existed on the part of Blue Book and related military intelligence operatives that several bulletins were released by the USAF referencing the Men in Black as possibly appearing to UFO witnesses interrogating and intimidating them or making contact in unusual ways.

Apparently the Air Force’s official stance on the Men in Black was that they were impostors who were interfering with official government business, when in reality federal agents themselves were running into bizarre and inexplicable incidents that defied conventional explanation. This has led researchers down the “rabbit hole” of speculation. Some have thought the Men in Black to be time travelers at times being disoriented or unaware of just exactly which era they were now present in sometimes using  phrases that have long been dismissed as belonging to slang used decades prior. Some explanations that the Men in Black were perhaps more like the “Mothman” entities existing on a different vibrational plane able to see further into the immediate future than we.

One incident described by Keel centered around USAF intelligence agents tracking the Men in Black in one of their characteristic black sedans or Cadillacs slowly driving into an alley with no outlet. Thinking that they had their quarry cornered with no way out the investigators were astonished to find that the Men in Black had simply vanished! Although some people have alleged that the Men In Black were counter intelligence agents, how they disappeared when tailed by their federal counterparts would be impossible to explain. Spiritual, demonic, or super natural behavior seems more along the lines of definition here according to those such as John A. Keel, who see a historic pattern of deception aimed against mankind originating from an unknown realm.

Descriptions of the Men in Black as wearing plain but formal black attire, the suit and tie appearance along with a matching hat. Wearing dark glasses was also among reportedly commonly observed among witnesses. Other descriptions of the persons themselves could vary. Some described sunburned features, Asian, black hair that was visible, clean shaven, seemingly evil vibes being transmitted, dry official manner though awkward at times when questioning or confronting UFO witnesses who had filled out a UFO report with the US Air Force.

One woman who had reportedly encountered a Man in Black while walking down a city street commented that she had never felt such a sensation of evil emanating from anyone in her life. Though the attention of this entity was not focused directly upon her, she claimed that this being somehow knew of her presence and yet walked by her without making contact. She described all the classical features attributed to the Man in Black, yet was at the same time astonished that this thing would make an appearance in the general public without so much as choosing a more discreet manner of operating among the unsuspecting.

Other accounts of the super natural capability of the Men in Black were of one couple who claimed they were visited by such an entity after a heavy snow storm. The mysterious Man in Black parked his dark sedan down the driveway requiring him to walk some distance through the snow to get to the front door. After a strange line of questioning and awkward silences followed by some intimidating if not subtle threats not to discuss the subject of UFO’s among friends and family the stranger withdrew. The man and wife noticed that after getting into his car that the Man in Black had left no footprints in the snow!

Another bizarre encounter noted by John A. Keel was told by a woman who was visited at her home by a stranger having the same bizarre traits as the Men in Black. Cloaked in a dark suit and hat which he did not removed, the intruder questioned the lady, but she noticed that his face began growing red. He requested in a strange “sing song” type of voice for her to get him a glass of water. She went to the kitchen and fetched the drink for him. Upon returning to her living room she noticed that he was holding a huge pill or capsule. Once she handed him the water glass, he took the capsule, drank, and almost immediately began to recover from the ever reddening facial coloration she had noticed. It was not long afterward that the Man in Black took leave of her premises leaving her worried and insecure for days to follow.

In groups of three

Often it has been noted that the Men in Black appeared in threesomes. More often than not they were often referred to as the “Three Men in Black”. John A. Keel speaks of three figures, three influential individuals, three unknowns, often appearing out of nowhere at pivotal times in history. For instance, Keel referenced the appearance of the “Three Wise Men” who sought the birth of Jesus guided by the North Star. Legend has it that Thomas Jefferson encountered a Man in Black as he contemplated the symbolism that would appear on the new American currency after the War of Impendence. He reportedly told others that as he pondered the question in the evening at Capitol Hill he was approached by a stranger dressed in black he gave him the symbol of the pyramid with the eye above it and told Jefferson, “Your country will be the nation of the Third Eye.”

Such has been the tales of visitors from UFO’s abductions, close encounters of the third kind, and the bizarre realm of the contactees in the long saga of this persistent mystery. To many, the Men in Black represent the deceptive modus operandi of demonic entities using the powers of a fallen angel to confuse and intimidate man from his belief in God and all things good and decent. As our world grows more chaotic and truth seems to succumb to conspiracy and lies we must be careful to perceive just where and by who we extract our beliefs.

Watch out for Part IV of this article – coming soon!