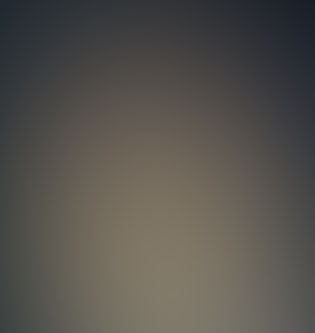 The continuing controversy over the origin and ulterior motive behind the UFO phenomena continues to baffle both proponents and skeptics alike. It is clear that this is not a transparent issue either from the perspective of the government involvement or coming directly from the source itself. While at a UFO Crash Retrieval Conference in Las Vega a number of years ago one speaker guest of Ryan and his father Robert Woods mentioned an interesting analogy.

Click here if you missed Part III of this article!

When fishing for clues to the immense UFO cover-up and the far reaching implications of the phenomenon that for researchers it was like wildcatting or drilling for oil. You explore oil taking your chances and tapping into only a small fraction of what is under the surface. This lends itself to finding only a small piece of a much larger puzzle yielding a small amount of information. Unfortunately, this is the damning truth, but this is probably the ultimate intention in order to distract and to fascinate the curious with only tantalizing bits of evidence that may or may not lead to the understanding of the bigger picture.

Could the underground battle near Dulce been a firefight with fallen angels?

A path to nowhere

The experiences of Phil Schneider lead one down yet another path of speculation that can be interpreted more than one way. This rabbit hole of uncertainty is the only consistent element we can be assured of when we are on that poorly lit pathway that beckons us down its narrow dungeon-like corridors of mystery that lead to amazement or tragedy! For Phil Schneider the latter proved true as for so many who have been brave enough to pursue the elusive mystery that guarantees answers to no one!

In 1979 during the infamous underground shootout between US special forces and underground inhabitants of unknown origin, Phil Schneider, and the so-called aliens they stumbled upon near Dulce, New Mexico, yet another dark chapter over the UFO enigma continues to haunt inquirers to this day. Did Phil Schneider and US forces indeed encounter underground extraterrestrials or were they something else entirely?

Under the employ of

Phil was serving as a consultant for the US federal government. His geological expertise in evaluating rock formations for excavation and detonation made his services invaluable to the underground base construction efforts as he would recommend what types of explosive procedures would be used to obliterate specific types of rock strata that obstructed tunneling efforts. So, in 1979 when a coring tunnel spewed a kind of poisonous soot this concerned the onsite engineers.

Phil was wearing a contamination suit and had strapped a side arm belt and holster to his waist before climbing into a bucket and then was lowered down into the exploration tunnel and into the unknown. Once down to the bottom of the shaft all hell broke loose according to Schneider. There seemed to be several creatures of different sizes and appearances and they were hostile! Phil drew his hand gun and fired at one creature killing it, but another alien entity passed a hand in front of itself and Phil was struck with what seemed to be like a lightning bolt. Gloved and helmeted, he reported that mobility was a problem in his environmental suit.

Phil Schneider reported that he was literally gutted like a fish with two fingers severed from one hand and one leg being charred and severely burned. He was knocked off his feet and was certain that he would die, but for the efforts of a brave Green Beret soldier who lifted Phil to a sitting position then hit the switch that would pull the bucket back up to the surface Phil was sure he wouldn’t have made it. The man who saved his life was killed when hit by a lightning like blast that had just severely wounded Scheider!.

The scene of the atrocities

Several hundred feet below ground near Dulce a deadly firefight raged between creatures that seemed unearthly and US Black Ops soldiers, Green Beret soldiers, and other ranks of special forces consigned to that tunneling operation. According to Phil, it proved to be a sad day for US military men as more than 70 men had died at the hands of the hostiles there in the cavernous expanses of hellish subterranean oblivion! Phil was rescued but he desperately clung to life.

According to the findings of the tunneling team these creatures resembling everything from little grays, to taller versions of them, to other semi-human life forms, they existed in a noxious environment far beneath the surface of the earth unfit for human survival. How they could have survived in this poisonous atmosphere, the tunneling team experts could not even guess, but evidence had it that whoever these entities were they had been down there for a long time perhaps centuries!

When we think of the concepts of Heaven and Hell we generally consider one to be above and the other (Hell) to be below us. is it not coincidence that these unknown creatures living so far below the surface dwelled from below in a kind of inhospitable toxic hell? They proved to be lethal opponents as well once engaged by US special troops According to Phil, he was hit by what seemed to be a bolt of lightning when one creature simply waved its arm in front of itself rather than leveling a gun of some kind toward him. Does this not seem to be like the powers of an angel or perhaps an evil fallen angel?

If these were UFO crews what were they doing so far underground in a hellish, noxious, sooty environment rather than a space ship or flying disk? Many legends speak of the hollow earth, of strange caves that lead to disappearances and horrors, and even perpetually burning pits that resemble the “Lake of Fire” described as Hell in the Bible. Had Phil Schneider and his tunneling crew stumbled upon demons who did not want exposure from the outside world? if these hostile entities had been aliens why would they have made their home on earth within the confines of deep underground dwellings that proved to be dreadfully toxic?

Had the late Phil Schneider and his brave tunneling operation personnel happened upon demons who acted in their predictably evil fashion? Jacques Vallee and Stanton Friedman joined forces in examining a wealth of UFO evidence in a recent collaboration and came to a stunning conclusion. Their findings led them to believe that what we once thought as UFO aliens are actually demonic in origin! For two staunchly scientific advocates who have tirelessly pursued the UFO enigma, it would seem that it would have taken extremely convincing evidence to persuade them of this disturbing revelation.