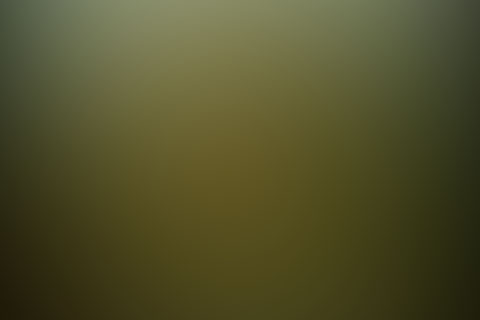 From the very beginning of the modern UFO mystery beginning in the 20th Century there were disturbing signs that alluded to something perhaps even more sinister than space aliens. There were indications that evidence led to other conclusions that did not include classified programs by the US and foreign powers or some top secret program hidden from the entire world by an elite group of conspirators.

Many researchers feel as though the UFO phenomenon is hidden within the folds of demonology. From the Vimamnas of ancient Hindu religion to the secretive abductions of aliens from their mother ships as people sleep, there seems to be a frightening puzzle that is starting to unveil itself with much resistance. The answers to that wicked puzzle may shock and disturb people even worse than having to accept an extraterrestrial presence.

If you missed Part V of this articl click here: https://www.ufodigest.com/article/ufos-deemed-demonic-0429

The actions of an elite military expedition in 1942 may hold the key to part of the hideous revelations that await the human race under the worst of possible deductions. Scientists concluding that only crafts that were transcending the barriers of dimensions could possibly reproduce the mystifying characteristic observed of UFO’s as they perform their physics defying feats without any clue as to their propulsion capability. That an officer on duty for the city of Dulce, New Mexico observed and reported a flying saucer go right into the face of the Archuletta Mesa limestone like placing one’s hand through water seems to indicate the interdimensional travel theory.

Pressed for the rapid development of a nuclear device that could end World War II for the allies, the 1942 expedition to the Archuleta Mesa region gained support in the eyes of the military and US scientific community. The sparsely populated New Mexico desert was uniquely qualified as a place to hide secret experiments if not the dead! Archeologists had already made some strange discoveries of folklore among local Indian tribes such as the Jicarillo Apaches prominent in the area. They spoke of little devils living somewhere in hiding in the area. The Native Americans spoke of shape shifters and evil spirits. Vague references to an underground system were implied where the little devils dwelled. White settlers in the area has always ignored this as superstitious.

A detachment tasked with the mission came from varying locations. Edwards AFB served as one source of supply and personnel. Los Alamos provided additional supervisory figures in addition to Army infantry from other installations. According to author  Anthony Sanchez, the expeditionary force was prepared for many contingencies. Perhaps they were, but little were they prepared for what they were about to find.

Where myth and legend merge

We today are told to accept the rumors that beneath the vicinity of Dulce where townspeople often hear strange underground vibrations, where thermographic photos show huge outputs of heat energy that has nothing to do with geological activity, and where a plethora of animal mutilations have been reported for decades that all this indicates the work of space aliens and cooperative experiments with classified US government projects. We are told that horrifying experiments go on several levels below the Archuleta Mesa corridors that have long been adapted for modern habitation as facilities.

In his book, UFO Highway, Anthony Sanchez mentions several forms of life that have been merged with human and alien DNA that are both unstable and unpredictable, species he names as scimitars. These entities are capable of shape shifting and becoming deadly killers almost without warning, yet are prevalent within the hidden corridors of the Archuleta Mesa under the aegis of human alien programs.

I might remind many of you that inherent in many religions and ancient cultures are such references to Hades, the Underworld, the netherworld from down under where Hell and the Devil dwell. Is it not somewhat curious that these alien beings reportedly present in the little known underground corridors of the Dulce area have been there according to the accounts of the ancient people for centuries? What has been seen by many as an unholy alliance of high level defense contracting and beings from another world may be only partially right. Perhaps beings from another reality once known very well to those who could distinguish between good and evil is more appropriate.

Under the guise of a hostile species from another world when in truth they have been here all along seems more in line with the theories of people such as John A. Keel, Emmanuel Swedenborg, and John Forte. Those who dwell alongside us sometimes invisible sometimes not, sometimes luring us into acts we would never think of, or seeming as benevolent guides to a future we cannot know yet, they persist. According to John A. Keel, many UFO witnesses and contactees met with extremely unfortunate circumstances after their encounters. Was this simply bad luck or had evil cursed them?

When the skies reveal

In the Bible references to glimpses of monumental battles between God’s angels and Satan’s minions were witnessed by disciples as the skies opened and revealed fantastic imagery. In Hindu religious tales battles between competing entities resulted in gigantic aerial explosions that seem like nuclear war even igniting the backs of Elephants on fire in the wake of the terrible spiritual skirmishes of good and evil! Are the continuing events of the Dulce and Archuleta Mesa underground also examples of such enduring struggles involving fallen angels disguised to emulate a timely acceptance of a new myth to distract us from the truth?