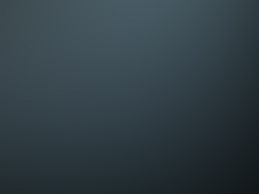 Thousands of sightings of unusual unidentified flying objects (UFOs) have been reported by civilian and military pilots from around the world over past decades.

It is probably safe to assume that many more pilot sightings have gone unreported, due to the risks to pilots’ reputations and jobs. Some may have been counseled that it would be best to forget what they saw.

In the U.S., many military and civilian pilots have been involved in groups seeking to research the subject of UFOs for reasons of aviation safety, national security, scientific curiosity or simply because they found the topic to be a very interesting mystery.

In her new book, “UFOs: Generals, Pilots and Government Officials Go on the Record,” journalist Leslie Kean prominently notes the roles of U.S. and international military and civilian pilots involved in the UFO phenomenon.

Pilot statements about this subject are considered credible because, like peace officers and other professionals, they are considered trained observers. They must have excellent situational awareness and are aware of how aircraft, weather phenomena, stars and other things visually appear in our skies.

And, of course, many civilian pilots are former military aviators.

We know that the late U.S. senator from Arizona, Barry Goldwater, was an Air Force Reserve brigadier general and pilot who was quite interested in the UFO subject. But, he stated that when he inquired about the subject with higher military brass, and particularly about gaining access to certain buildings at Wright-Patterson Air Force Base in Dayton, Ohio, he was strongly told to back off.

Another Arizonan, former governor Fife Symington, was also an Air Force officer and pilot. He came forward in 2007 and said that he had witnessed the March 13, 1997, so-called “Phoenix lights” incident.

In fact, it was Leslie Kean who broke the story about Symington’s admission in her exclusive March 18, 2007, article on the former governor’s statements.

Kean wrote that Symington said he saw a large triangular “craft of unknown origin” with lights. “It was dramatic. And it couldn’t have been flares because it was too symmetrical. It had a geometric outline, a constant shape,” Symington told Kean.

Another interesting case was the so-called “Coyne incident” over Mansfield, Ohio, on Oct. 18, 1973. In that case, four members of the Army Reserve were in their military helicopter flying from Columbus to Cleveland. The case is named after the pilot and aircraft commander Capt. Lawrence J. Coyne.

A UFO was first seen on the horizon by a crew member. Then, it approached and flew in very close proximity to their chopper. At one critical point, the pilot feared a collision and promptly positioned the chopper’s controls for a quick descent.

However, interestingly, the chopper’s altimeter showed that it was actually gaining altitude.

Coyne has been quoted as saying, “We looked up and saw it stopped right over us. It had a big, gray metallic-looking hull about 60 feet long. It was shaped like an airfoil or a streamlined fat cigar. There was a red light on the front. The leading edge glowed red a short distance back from the nose. There was a center dome. A green light at the rear reflected on the hull.” Coyne also said the green light swiveled like a spotlight and beamed through the canopy of his craft, bathing the cabin in green light.

This very well-documented case included a formal report made by the chopper crew for the Army Reserve.

The crew included pilot and aircraft commander Coyne, a 19-year veteran of the Army Reserve. The co-pilot was Lt. Arrigo Jezzi. The others onboard were crew chief Specialist 5 Robert Yanacek and flight medic Sgt. John Healey.

Basic research of open source intelligence (OSINT) on the Web will easily bring up many details of the many sightings by military and civilian pilots, as well as other highly credible witnesses.

But, rather than go into details of the history of pilot sightings, which are very significant and provide valuable insight, a story that is fictional might bring the issue to us in a more intimate and interesting way. And, as we know, many a truth can be told through fiction.

In fact, according to some theories, Hollywood has been involved in a gradual public preparedness or acclimation effort for decades, creating movies and TV shows that are helping us get ready to accept a surprising situation related to UFOs.

Other media platforms can also help in preparing the public for possibilities or probabilities of this kind.

In my novel “Mission Into Light,” a civilian named Mike Green is recruited into a small, secret, joint-service research team called the Joint Reconnaissance Study Group (JRSG). Shortly after he arrives in San Diego and gets oriented, he and two other JRSG members are sent by Navy helicopter from North Island Naval Air Station to Army Fort Huachuca in southern Arizona.

Their group commanding officer, Air Force Colonel Tom O’Brien gives tells Mike about his first assignment with the JRSG. The following is from “Mission Into Light:”

“By dinner I want you, Thompson, and MacNeil to be on a chopper for Fort Huachuca.”

“What’s the plan for the Huachuca trip, colonel?”

“You, Thompson, and MacNeil will set up a base station at Huachuca. MacNeil arranged for living and office quarters on the post. From there we have several areas of interest to explore. Roswell, New Mexico, and you know why. Sedona, Arizona, and the Four Corners area.”

By four-thirty the late afternoon sun was heading toward its evening rendezvous with the Pacific Ocean.

With MacNeil driving, the three headed along the harbor to the downtown area and across the long, high span of the Coronado Bay bridge to Coronado Island. A Marine at the gate of North Island Naval Air Station examined the security sticker on the car’s windshield, saluted and waved them through.

MacNeil drove to a nearby helicopter squadron building and parked. Two men in Navy flight suits walked out and shook hands. This Navy chopper crew was taking them to Arizona.

When their bags and gear were loaded on the Navy chopper, and all five men on board, the pilots started the engine and the rotor blades came to life. The little craft lifted off and gently rose over San Diego Bay and the City of San Diego. They then headed east, away from the late afternoon sun that was slowly descending toward the Pacific’s horizon.

Ahead, in the east, it was growing darker. The ocean and metropolitan San Diego began to turn to countryside, then pine-covered mountains.

As day turned to evening, the chopper flew over the agricultural Imperial Valley east of San Diego County, and then toward the Colorado River. Entering Arizona air space, the pilots changed course from due east to south-southeast.

Team Two talked with the two pilots as the darkness of the Sonoran Desert enveloped them. Millions of stars were above. Below, the giant saguaro cactus stood watch over the desert. Coyotes prowled the night.

Inside the chopper, dim instrument lights gave the pilots faces an eerie glow.

“So you guys are getting stationed at Huachuca?” the young co-pilot asked.

“I like the ocean and the beach myself,” the young Navy lieutenant said. “San Diego’s a great station for me. This desert’s a little too dry for my taste.”

The pilot, a lieutenant commander, had been preoccupied with the instruments. Calmly, he tapped the co-pilot on the shoulder and pointed at the dark night ahead.

By now Thompson, MacNeil, and Mike were looking over the shoulders of the pilots. Two lights in the distance were swaying in a gentle to-and-fro, and changing colors slightly from blue to red.

“What the hell is that?” Thompson asked.

As all five men were watching intently, the two lights gently came to a stop. The pilot slowed the chopper.

“Holy shit!” yelled the co-pilot as the two lights shot straight up at an incredible speed. In no more than three seconds they were gone.

The five looked at each other and also searched the sky for signs of the lights. Only stars were visible.

“What are you saying commander?” Ed Thompson asked.

“Unknown, colonel. It’s not the first one I’ve seen. As a matter of fact, that one was too far away to make further identification. If you fly a lot, you sometimes see them. Pilots swap stories about them. Carefully. It’s a sensitive area, sir.”

“Well, son of a gun. That’s something all right,” MacNeil added, his mouth hanging open slightly.

Mike Green and the young co-pilot were almost too stunned and excited to talk.

“How much longer to Fort Huachuca?” Mike asked.

“We’re passing near Tucson now,” the pilot answered. “Another half-hour and we’ll be on the ground. Fellas, it doesn’t help a pilot´s career to make a big thing out of a UFO or two. As far as I’m concerned, for the record, I saw a couple of lights.”

“We understand,” Thompson said. “Off the record, what do you think they were?”

“Could be our own experimental craft. Could be extraterrestrial. Who knows? There’s a lot of talk in the aviation community about what’s going on. The pilots in World War Two called them ‘foo fighters.’ You two guys are Special Forces, right? I thought you had the inside intel on spook programs.”

“What makes you think those lights might be part of a covert operation?” Mike asked the pilot.

“It’s just that there are a lot of stories circulating about UFOs, Area 51 in Nevada, flying saucer crashes in the desert, that kind of thing. I’m not a UFO nut, but I’m not stupid either. Okay, men, we’re about fifteen minutes from Huachuca.”

As the pilot and co-pilot made radio contact with the Army post, Mike, Thompson, and MacNeil settled back for the landing. No more moving lights could be seen the night sky.

The chopper landed on a section of the base airstrip reserved for helicopters. An Army Humvee pulled up as the chopper blades came to a rest and Team Two stepped out onto the tarmac.

“Yes sir. If you’ll load your gear in the Humvee, I’ll take you to your quarters.”

After saying good-bye to their chopper pilots, the three men got into the Humvee and were driven to an officers quarters building. They had their own rooms, which were similar to the Navy BOQ at Point Loma, Mike thought. Government-issue Motel 6. After unpacking, they met in Thompson’s room.

“They have an office ready for us. We’ll check that out tomorrow. MacNeil, first thing in the morning I want you to get two vehicles for our use. You and Green will be driving to Roswell, New Mexico. We may want you to leave day after tomorrow. I’ll be calling the old man in the morning. Any questions? Well, let’s hit the hay.”

Back in his room, Mike noticed it was almost ten o’clock. The adrenalin from the flight had now dissipated. After a hot shower, he fell into a deep sleep.

The next morning, the men discussed their mission over breakfast.

“Baker says the New Mexico state line is a stone’s throw away. We’ll check out the office they’ve given us and get the cars. I’ll call the old man in San Diego and we’ll just settle-in a little bit.”

“You going to tell him about the lights we saw, Ed?” MacNeil asked through a mouthful of hash browns.

“Hell, yes. This is a key part of our research. It may even mean more than we realize now. That may not be the last UFO sighting of this project. We don’t have to worry as much as that Navy chopper pilot about getting our wings clipped for reporting strange happenings.”