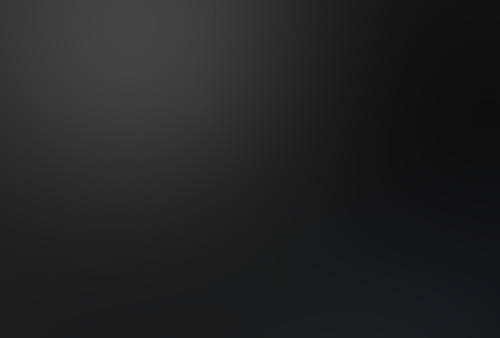 Since the beginning of the Twentieth Century an age of uncertainty has manifested itself. The ever present influence of the UFO, has compelled man to question his place in the universe. The enigmatic presence of unknown aerial activity has forced the defenses of the earth’s nations to stop and ponder just who violates their air space with seeming impunity. (Click here to enlarge top photo.)

Theories abound over the origin of UFO’s. Christians view the UFO controversy with mixed explanation from considering them to represent the deception of Satan while some Astronomers of faith have acknowledged that alien civilizations probably exist in minimal quantities at maximal distances from earth thus making the likelihood of actual contact very small due to our inability to overcome the technical difficulties of travelling thousands of light years within a reasonable amount of time. Just as some consider UFO’s to be the product of unholy supernatural activity one might consider the findings of 2 USAF officers who conducted a study in the late 1970’s.

The two Air Force investigators reviewed old Project Blue Book files, the records kept by the Center for UFO studies (CUFO’s), former astrophysicist consultant to the USAF for Project Blue Book, J. Allen Hynek was still running the organization at that time. The officers also conducted witness interviews-civilian and military. Their findings tended to buttress Christian views that UFO’s originated as an aberration created to incite fear and confusion. You might argue over the origin of UFO’s, but you can’t argue over the fear and confusion aspect of UAP’s as former NASA scientist Richard Haines calls them, Unknown Aerial Phenomena.

Peter Jennings prior to his death, reached out into odd territory when he produced a well-received documentary “UFO’s Seeing is Believing”. In that film Peter narrated and featured a number of military and civilian pilots who described their bizarre mid-air encounters with unexplained airborne objects that so impressed them that they still remembered their experiences clearly from years before. It is rather tragic and telling at the same time to consider that Peter Jennings, one of the most prominent TV journalists of his time, died in short order from cancer after his association with this UFO project like so many other researchers and celebrities who have strayed into forbidden territory. He joins such personalities as Congressman, Steven Schiff, of New Mexico, Karla Turner; a specialist in abductions who lived in Arkansas, and the famous broadcaster and journalist, Dorothy Kilgallen, who also died under questionable circumstances.

Did these personalities die as a result of their unknowingly dangerous connection with a phenomenon that attracts unwanted government coercion? One thing is for certain, once many have entered that eerie realm of uncertainty disappearances, untimely deaths, and other bizarre circumstances tend to follow. The late John A. Keel, an ardent writer on forte events, the paranormal, and extraterrestrials literally pleaded with his readers not to get involved in the dark and foreboding trail of the unknown and the dark road that it would lead them on. In his books “UFO’s Operation Trojan Horse” and his later work filled with remorse over the loss of his friends, who had pursued the unknown “The Eighth Tower” John Keel succinctly issued his sincere warning. Apparently Keel was well aware that, he too, had been pulled into something that was unfathomable and provided no answers to the inquirer.

Even law enforcement comes up helpess

Officer Robert Schirmer of Ashland, Nebraska December 3, 1967 became the unwitting recipient of the infamous mystery when he was abducted while on duty. His strange experience was highlighted by amnesia and confusion, not to mention the suspicion of his superiors once he was found that he had experienced missing time just as Betty and Barney Hill had a few years earlier. Once he was hypnotically regressed, Herbert Schirmer recalled his encounter and even drew an excellent sketch of the classic disk shaped object that he had initially flashed his headlights at. The UFO phenomenon has enveloped many trained observers of professional background and training. Yet, skepticism still persists. As Peter Jennings emphasized over and over again in his documentary “Seeing is believing” an old but relevant saying accurately describes what many witnesses repeat when testifying.

Donald Menzel skeptical or not?

Another finding typical of the unusual nature of the UFO saga is the case of well-known scientist of his time Donald Menzel, supposedly a staunch critic of UFO’s. Menzel was known to be a hostile skeptic who preferred ridiculing UFO witnesses regardless of their level of expertise. Recently, it was divulged that Donald Howard Menzel, an esteemed scientist and well known UFO debunker, served on secret classified projects for the US government. When confronted by this by the US media, the Menzel family denied any knowledge of this revelation. It is also alleged that Menzel was one of the secret members of the legendary Majestic 12 group appointed after the Roswell incident in 1947 according to controversial evidence that surfaced in the mid-1980’s.

When we take a look at the unusual legacy of the UFO and how it has influenced the lives of those it has touched we are confronted with a difficult alternate reality to pierce. It is somewhere in that fog of uncertainty where lies the answer, I choose to explore the past where it seems the answers were already given to us, but the evidence has just not been completely uncovered yet. Like an elusive forensics scene, we have the body, without a clear motive or perpetrator. Until next time, when we will delve into uncharted waters.