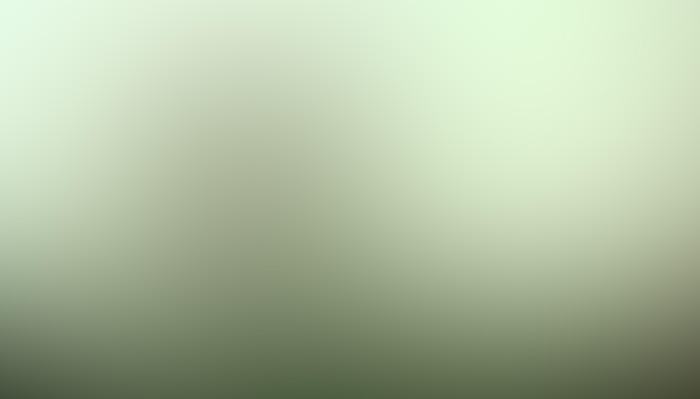 In 928 A.D. Ibn Fadian, an Arab and Muslim follower was on a mission ordered as an ambassadorial emissary by the Caliph of Bagdad to make contact with the King of Bulgars. As fate would have it, he never completed his mission. Ibn was captured by a war party of Vikings. Although he was in their custody he was treated with tolerant respect by his mighty hosts who would take him on an incredible journey and even enlist him as a comrade in their exploits. Although he was often ridiculed for his belief in one God “Allah” and was the butt of their jokes for his squeamishness at the sight of blood and atrocity, Ibn became respected and accepted by his Viking captors as an equal as time went by.

Not only is the Ibn Fadian manuscript revered for its depiction of early of Viking society, but it may be the first and only civilized and documented account of one of the last surviving pockets of organized Neanderthal existence. That testimony is evident in his accounts of doing battle with the Wendol, a name given to these man beasts by the mighty Vikings who feared them even though they fought them with incredible valor.

Who could they be?

Lloyd Pye, who I have written about in previous articles, has somewhat revolutionized the theory of just who and what Sasquatch or Bigfoot really is. In his estimation, the frequent and varied sightings of Big Foot in just about all climate realms in which man exists and then in even higher altitudes in remote parts of the world such as the Himalayas of Tibet and the Urals of Russia. Lloyd Pye is joined in his findings by the findings of Jeff Meldrum, Professor of Anthropology Idaho State University and the late Grover Krantz, Professor of Physical Anthropology Washington State University. Whereas Meldrum and Krantz consider Big Foot to be related to Gigantopithecus, a giant Gorilla of Asia who could have migrated along the Aleutian Island Chain to North America, Lloyd Pye’s theory is that Sasquatch is actually the modern surviving species of Neanderthal man, who is still thriving in limited numbers.

Professor Grover Krantz postulated that Big Foot existed in large numbers in the millions of square miles of the Pacific Northwest. He felt that a population of 1200 would not have been impossible. Meldrum is well known for his rigorous analysis of the Patterson Film which depicts a controversial upright walking man ape creature retreating into the timber of northern California. Another expert, Jimmy Chilcutt, who specializes in finger prints and for 18 years assisted police in forensic investigations, says that Big Foot prints show real dermal ridges that are only characteristic of the species. No other species of ape or man leaves these types dermal ridges in either tracks or finger print impressions. Meldrum has used Chilcutt’s work to buttress his case for the existence of Big Foot.

Ibn Fadian’s manuscript is considered possible documented or corroborating evidence of Neanderthal society still managing to co-exist in the age of Homo sapiens. Of course modern science will challenge the accuracy of Ibn Fadian’s observations, but skepticism has always existed in the prelude to great discoveries. The Wendol, as the Vikings referred to them, are a chilling chapter in the hidden history that eludes the reticence of modern science that has often scoffed at later to be proven evidence. The crypto zoological field has produced many successful findings that conventional science has chosen to ignore.

On the first night that Buliwyf and his war party arrived at the Kingdom of Rothgar to the apprehension of Ibn Fadian who thought his Viking comrades to be unprepared to do battle, they feasted, drank, and finally slept. However, Ibn was unable to attain slumber. He lay awake worrying and after barely drifting off, heard animal-like grunts and groans along with footsteps. In the darkest hour of the night with sudden ferocity the gigantic doors to the King’s hall of Rothgar were crashed open. The sleeping Vikings sprang to their feet and began to do battle with the monsters as they savagely attacked from a cloak of mist that had hung over the Kingdom that night.

A vicious fight ensued as the marauding Wendol tried to slaughter all there. Ibn himself was picked up and thrown across the room, landing against a wall, and falling to the floor. Herger ran to his side to see if Ibn was all right as the incredible battle raged on. Finally after what seemed like hours, the Wendol withdrew as quickly as they had sprang upon the Vikings. Like phantoms they left with hardly a trace, but there was evidence of their presence there. One Viking warrior had the severed arm of a Wendol which he proudly raised above his head as they others cheered. They examined the arm cut off by a Viking sword. It was muscular and very hairy yet shorter in length than a human arm.

Lloyd Pye attested to the robust structure of Neanderthals. Their dense bone structure that was tougher than human bone indicates also the denser muscles of Neanderthal. As Lloyd puts it, the Neanderthal could pop a human’s head and was probably so strong that it could even take on the predatory cats of their time. Remember that Ibn talks of being picked up and thrown across a room. The Neanderthals were also known to have observed an afterlife as evidence was clearly abundant in archeological ruins that they buried their dead. This is why when the Wendol withdrew from combat they took their dead with them. This also lent credence to their phantom-like reputation among humans who had seen the aftermath of their atrocities and feared them.

Keep in mind if what Lloyd Pye attributes to Neanderthal was true, then it was only the superior swordsmanship and weaponry of the mighty Vikings that overcame their more powerful assailants (the Wendol) along with their sheer courage. This might also account for how the inventiveness of Homo sapiens ensured the downfall of the more robust Neanderthal unable to cope with a well-organized and technically advanced species of competing hominids (modern man).

Ibn Fadian evaluated their victory over the “Mist Monsters” as they were called, who had terrorized Rothgar. They had beaten back the Wendol, but there had been a price to pay. One of the Vikings had been wounded badly. The women fixed him a broth of onion and garlic. When it was drank if there was a sword injury that pierced the abdomen or stomach the women could smell the onions and garlic through the punctured flesh and muscle. This usually meant that it was a mortal wound, but the healing powers of the Vikings were legendary as well.

Even though the warrior was perhaps fatally wounded, he laughed and joked with the others and continued to eat and drink as if nothing had happened. This was the nature of the Vikings that often amazed and appalled Ibn Fadian as he accompanied them on their quests and battles. Even in victory Buliwyf was not satisfied of the outcome. They had repelled the Wendol but he and the people of Rothgar knew that this would only lead to another more vicious attack than the first. The next day the Vikings conducted strenuous construction of fortifications regardless of the sleep they had lost. As Ibn walked around exhausted and barely able to stay awake he marveled at the Vikings who worked digging motes, assembling wooden barriers, and fashioning weapons. Ibn was amazed at their tenacity. Soon the night came. The defenses were not finished, but Buliwyf left them as they were and once again as night fell, the Vikings did not feast as the inhabitants of Rothgar agonized over the near future. Neither did they drink mead once again and pass out from intoxication. On this night the Wendol would not come. As the sunset turned to night it was observed that the mist from the highlands was not forming upon the elevated grounds and slopes. This meant that the Wendol, who always attacked beneath the veil of a mist, would not attack without it.

No celebration after the initial victory

As was the tradition of the Vikings, the nobleman of Rothgar who had been killed by the Wendol while fighting them, that their bodies were erected at the top of the kingdom’s roof for the prescribed 10 days prior to being sent out to for an ocean burial in fiery vessels. The mood among the Vikings was somber in expectation of the next battle. Ibn still could not figure out the Vikings who seemed to do everything in contradiction to what he would anticipate. According to Ibn Fadian the “Northmen” as he called them (Vikings) who would drink day and night did not do so prior to battle. The severed arm of the Wendol was not strung up on a ceiling beam of the great hall of Rothgar.

So, rather than rejoicing over their victory over the Mist Monsters (Wendol) there was no drinking or merriment. You might recall that there were only two things that Ibn had said the Northmen feared-sea serpents and the Mist Monsters! It is clear that as being perhaps the most formidable warriors in human history, fighting the powerful Wendol who are suspected as being Neanderthals who were massively strong, was no small feat, and little to look forward to. To their credit, the Northmen, as Ibn called them had managed at using their superior skills to defeat a strong and feared enemy.

Taking on a Neanderthal

Consider that Chimpanzees are 4 times as strong as a normal man. According to Lloyd Pye who made a joking comparison about Chimp and human strength, said that even Heavy Weight Champion, Mike Tyson, would have no chance against a Chimpanzee if it were a fight to the death and the Chimp knew it, even if the little primate came away from the fight losing a piece of his ear. There is no telling just what kind of power the Vikings were up against and had to overcome with only better weapons and tactics, but they had to have been very brave in order to do so. Lloyd Pye references the description of most Big Foot as being huge, tall, massively powerful, and weighing 800 lbs. or more. Lloyd Pye says that Big Foot are nocturnal which would tend to corroborate the attacks from the Mist Monsters at night. Witnesses say that they have seen Sasquatch run through dense brush that would stop a person, with the swiftness of a deer.

This manuscript is so lengthy that it will take a Part IV to wrap up the exciting end to a climactic story that tells us the outcome of a do or die conflict with the Mist Monsters who must be finally defeated lest the Kingdom of Rothgar remain within their menacing grasp. What will the fate of the small band of Viking warriors be? You will find out in Part IV.