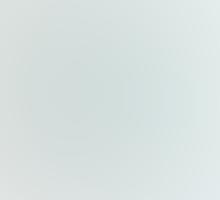 The end of the space shuttle era brings new challenges and opportunities for American activities in space.

The next wave of U.S. spacecraft is under development on many fronts: rockets, the commercial crew-and-cargo capsule CST-100, space planes and expandable orbital space habitats that could someday double as Moon and Mars habitats.

Boeing recently announced that it will lease a former space shuttle hangar at the Kennedy Space Center in Florida to continue work on the CST-100. Hundreds of aerospace and other jobs are expected to be created.

The CST-100s will be built in and launched from Florida’s “Space Coast,” said John Mulholland, a Boeing executive.

These hopeful developments occur in an overall economic downturn that has caused immense suffering by many American families who have lost jobs, seen the value of their homes crushed and in many cases lost their homes.

Many Americans may fairly and honestly ask if investments in the evolving U.S. space activities will give a return on investment.

As we know, in past decades most of the U.S. space effort centered in the U.S. government agency NASA, the National Aeronautics and Space Administration. Now, NASA is working with the commercial aerospace community in an expanded way.

New approaches to doing things are being explored. The government-private partnerships are evolving in attempts to help move the ball forward on U.S. space activities of many kinds.

If done wisely, these efforts may be able to create jobs and reap benefits from advanced technologies and methods. These, in turn, could help contribute to economic prosperity and overall progress for America.

At least that is an optimistic view.

The nuts and bolts of the changing commercial space community involve many companies, groups and organizations. Smaller entrepreneurial outfits are teaming up with established aerospace-related corporations.

Their efforts could bear fruit in ways that can be anticipated, and maybe also in ways that will be surprising.

Advanced technologies and knowledge acquired in the aerospace community are certainly impressive. And, we can guess that in terms of national defense aerospace, the developments could be really quite advanced.

How can we merge these elements with the very difficult state of the U.S. economy that is affecting so many of our fellow Americans at a very human level?

If we can find relevant answers, then an increased support for U.S. space activities might result.

In this time of difficult economic choices and challenging developments, the efforts of the aerospace community will undoubtedly move forward to the best of their ability. Getting public understanding and support might enhance this progress.

There also could be a range of new information and concrete benefits coming from aerospace-related leading-edge and forward-leaning research. Some fields could be specific to aerospace efforts and some could be more broadly-based and broadly-applied in ways that help Americans.

Evaluating the merits of robust U.S. space activities will probably continue to be in the eyes of the beholder.