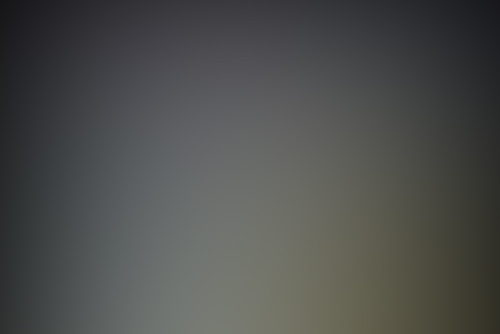 In previous articles I wrote about the amazing and ancient manuscript of one Ibn Ahmad Fadian, a messenger who had been tasked by the Caliph of Baghdad to contact the King of Bulgar, however fate interrupted Ibn’s journey and his world would never be the same again. Fadian found himself at the hands of a war party of Vikings and was commanded to accompany them on an extraordinary adventure that occurred in the year 928 A.D.

We last left Ibn, the Viking warriors, and the Kingdom of Rothgar in breathless anticipation of another attack by the “Mist Monsters” as the Vikings referred to the Wendol, whom we suspect of being one of the last organized tribes of Neanderthal left as the appearance of homo Sapien completely dominated all rivals and is presently modern man as we know. Homo Sapien quickly established dominion over the earth as God intended in the Bible.

A faulty assumption of science

Anthropologists have incorrectly attributed the appearance of Neanderthal as being almost indistinguishable between modern man and themselves. One scientist made the claim that if a Neanderthal today were to have been shaved, cleaned up, and dressed in a suit there would be little noticeable difference between himself and a current human being. According to Lloyd Pye and other cryptozoologists this would be a falsehood. In contradiction to our preconceived notions, Neanderthal actually had larger brain capacity than modern man, his bones were more dense and robust, along with the fact that he had greater muscle density. Neanderthal was still comparatively beast-like.

A study in witness corroboration

Bigfoot, Sasquatch, Skunk Ape, Yeti, Chinese Wildman, and others are all local euphemisms that we know point to one illusive species that many researchers insist still co-exist with us at the same latitudes and topography that modern man has mastered and still more such as extreme mountainous regions at high altitudes. The Wendol as described by Ibn Fadian probably constitute the same variations in size among Neanderthals as we see in homo Sapiens. Just as we see small Vietnamese, tall African tribes, and Caucasian man in Europe, there were, no doubt, variations among the Neanderthal as well depending on their locations through out the world.

We think of most Bigfoot sightings describing extremely large, furry, entities and yet with a vexing similarity to modern man in the face. This tends to contradict the mistaken identification of ape or Gorilla, as Sasquatch seems quite adept at upright walking along with his curiously human facial features. The Wendol are described by Ibn Fadian as extremely hairy, muscular, powerful, perhaps smaller than the typical Bigfoot, but then so is the reported Fuoke Monster in Arkansas or the Skunk Ape in the Florida everglades. So, there seems nothing inconsistent with Fadian’s description of the fearsome Wendol who fought the Vikings with incredible ferocity.

The showdown is awaited

Ibn was very apprehensive in expectation of the coming showdown between the Mist Monsters and Buliwyf’s Viking warriors along with the people of the Rothgar Kingdom. The Vikings were fortunate to have had several uninterrupted days to prepare the defenses of the Rothgar grounds. Wooden barriers of long sharp spikes, motes of water of varying depths, barricades, and weapon revetments are described by Ibn Fadian as he nervously awaits the approach of the dreaded night. The Vikings remained in a serious frame of mind completely in contradiction to their normally care free and boisterous mood for on this fateful evening they would again meet their mortal enemies. The dusk settled with a foreboding silence they could see the telltale mist forming in the highlands above the kingdom of Rothgar. A very sober war party of Vikings looked on and maintained a vigil as the darkness descended upon the kingdom.

In the thick of the menacing night strange lights appeared on the horizon! Ibn walked alongside of his translator, the mighty Herger, and asked what they were seeing. The Viking replied that they were looking at the Green Glow Worm Dragon! Ibn was appalled. First he had seen Sea Serpents on the waterways alongside the Vikings on their exquisite ships then the terrifying Wendol, but what was this? The individual lights seem to move like the body and tail of a snake coiling and uncoiling as they came closer. The Vikings observed, remained steadfast, and readied their weapons. This would be a fight to the death, and Ibn mentally prepared himself for the deadly struggle! What was this thing that approached?

Now the string of lights neared even closer and for the first time Ibn saw for himself just who and what the Green Glow Worm Dragon was! It was the Mist Monsters on horseback holding torches as they rode! The battle was on! The Wendol rode directly into the defenses of the mighty Vikings who had worked feverishly to perfect their emplacements. What happened next was a fractured and fragmented account of the vicious battle. Ibn was wounded in the shoulder and said to have felt fire where he had been injured, but still managed to use his arm as he wielded his sword. Herger checked him and exorted Ibn to fight on! Fadian made it quite clear that he much admired the Vikings for their skill and insatiable drive. He learned from them how to overcome his own limitations, and he was grateful to the “Northmen” as he called them for inspiring him to do so!

The battle to end all battles

It is clear that in the thick of the incredible skirmish that Ibn loses touch with an exact portrayal of the fighting. He acknowledges that the action is so fierce and the atrocities so revolting that he can only remember the action in spasmodic episodes and scattered recollections almost like the memory of a nightmare that one does not want to face! In his words he glimpsed a woman being cut in half by the sword of a Wendol horseman as he pursued her! He watched as the Mist Monster’s horses were impaled on the wooden spears of the Vikings! Ibn reported that he watched the mighty Buliwyf, the Viking leader, as he wielded a sword so heavy that most men could only use two hands to carry it, yet he swung the heavy weapon with ease and to horrific effect as he beheaded the Wendol!

Ibn recalled one confrontation with a Wendol horseman who came at him. Overcoming his fears, Fadian stood his ground and knocked the Mist Monster from his steed with the swipe of his blade! Images of the terrible contest continue as Ibn sees people burned, horses writhing in death after being speared, fighters being drowned by their assailants in the mote, and heads rolling on the ground from being struck with the mighty blows of swords! The nightmarish battle seems to have thrown Ibn’s mind into a dark fog of repression as he struggles to recount the horrid images of slaughter.

Finally the battle subsides and what are left of the Wendol withdraw from the terrible carnage they have left. Buliwyf and his Viking warriors have once again succeeded in beating back their attackers, but it is not over yet. Buliwyf makes a cunning command decision to end once and for all any further attacks by the Wendol. Buliwyf reasons that the Mist Monsters must be nocturnal therefore sleep during the day. The Viking leader decides to strike them while they slumber in their encampment. Ibn hesitatingly accompanies Herger, Buliwyf, and the rest of the Vikings as they follow a blood trail to where the monsters sleep! Buliwyf’s decision to interdict the Wendol before they can strike again seems an ingenious stroke of leadership that will end this scourge that has victimized the Kingdom of Rothgar forever?

After following a long trail into the interior of the highlands, the Vikings finally locate the village of the Wendol. Carefully they plan their attack as the Vikings maneuver into position to plunge into each hut and and annihilate the remaining Wendol as they sleep. It should be fairly easy. The Vikings and an apprehensive Ibn Fadian are poised to begin exterminating their arch enemies, but fate throws the Vikings another curve ball! As they enter each hut they find that there is no one there. Apparently the village has been abandoned except for one horrifying discovery! The last hut has a foul stench emanating from it. As they enter, Ibn is so overwhelmed by what he sees he wretches and empties his stomach. Even the Vikings are repulsed by the smell for within this horrid structure lies a terrifying discovery. A skeleton is seated on a throne of carved bone. The floor of the hut is littered with pieces of human skull! The skeleton is merely the remains of a man who was sliced, torn apart, and eaten while being strapped to the chair! Shattered bone and rotting remains are scattered all over the disgusting room, but no Wendol remains. They have fled, and Buliwyf knows if he cannot find them and destroy them that what remains of his dwindling Viking force will not be able to stop continued attacks on Rothgar. This is why Ibn Fadian’s ancient manuscript is called “Eaters of the Dead”.

Buliwyf makes a decision to take his men to the caves of the dwarfs. A settlement of dwarfs is not too far away and they set out to meet with these mysterious beings who supposedly possess wisdom, skill, clairvoyance, and even large genitals according to the ancient superstitions of the day. Dwarfs were often respected for keeping track of money like accountants do today. At that time magical powers of forbidden knowledge were attributed to these dwarfs. Buliwyf sought them out for consultation.

A pilgrimage to the Dwarf caves

Ibn said that as the Vikings approached the caves of the dwarfs there was no worry or angst among them. It was as though they had already foreseen the arrival of the Vikings and their mighty leader, Buliwyf. When Buliwyf entered their settlement he was greeted by the Dwarf leader, who already knew why Buliwyf and his men were there. The Dwarf leader seemed to have a strong affection for Buliwyf and had known his father well. The two leaders walked away and chatted amongst themselves as Ibn and the Vikings marveled at the workmanship of the dwarf craftsmen. Ibn was impressed by the dwarf establishment which was well planned and seemed completely invulnerable to attack as they were well respected and even feared for the magic that the ancient people believed they possessed.

Ibn Fadian was amazed as he listened to the conversation between the Dwarf leader and Buliwyf while Herger translated. It seemed that the Dwarf knew everything that the Vikings had been through, their travels, their mission to defend Kingdom of Rothgar, and even the bloody battles with the Wendol. He even admonished Buliwyf for allowing the contest to have gone on this long and costing this many lives had he only approached his strategy differently. Ibn watched as the words that would have meant certain death to anyone else who had uttered such criticism to Buliwyf were ignored by the Viking leader as he listened intently to the Dwarf leader without being offended.

According to the advice of the Dwarf leader, Buliwyf knew what he must now accomplish in order to end the scourge of the Rothgar Kingdom forever. The Viking party departed from the dwarf caves as friends and with the warm sentiments of all who watched as Buliwyf, Ibn, and his men planned their next destination and their appointment with fate.

Well, I thought I could end this article with a fourth installment but apparently not. In order to do justice to this incredible tale from the past it will take another episode-Part V to wrap this saga of the ancient world up.  https://www.ufodigest.com/article/ufos-vikings-and-bigfoot-0710