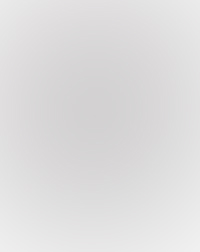 A werewolf represents our wild side. The animistic parts of ourselves, which will grow to incredible lengths to survive. The wolf has been compared to the devil in many allegorical senses through out time. Imagine if we didn’t have the influence of the planets on our temptations and just let go.

A werewolf runs on instinct, desire and emotion. The moon is considered to be the representation of our subconscious and ultimately, forever entwined with the supernatural. The paranormal transforms the normal into something extraordinary. This is due to the influence of many cosmic factors.

The karmic energy of people and places, the residing emotions and the ability for metamorphosis, brings around some interesting events. If we have a penchant for violence, repeating the acts of our most primal needs for survival, it is in a moment that we break, falter and disappear. To be a werewolf, one would need to commit acts of unspeakable darkness and misinterpreted deeds to live.

The werewolf is a hunter, so then, it is tied esoterically with Orion, the constellation and also Sagittarius. There is also a wolf named Lupus and a dog duo called Canis Major and Canis Minor. Sirius is the dog star, which is the brightest in the greater dog. Also, the hunting dogs exist and in one, the famed astronomer Edmund Halley, named the “Heart of Charles,” in recognition of King Charles II of England. They are also known as Chara and Asterion.

We also remember Lycaon, who tried to trick the king of the skies himself; Zeus. He thought it would be clever to sabotage him by feeding him human flesh. Zeus understood his plan and for punishment of deception, he turned Lycaon into a flesh-eating wolf.

It is highly thought by numerous groups of people that the universe is a mirror. In this reflection are fragments of patterns manifesting as fractal energies. The phrase, “As above, so below” can be used to interpret this philosophy of the skies. The planets represent the flow of human energy and its placements in our lives.

In most cases of the Earth, we have attached names to the energy of astrological alignments to explain the significance and honor of where the path to light dwells. Most of the planets and stars are named after Gods and Goddesses, heroes and geniuses, in order to remember the instance of discovery and measure it against the timeline of our galaxy.

This same concept holds true for great cities that we have built in our lands to accurately portray the spirit of being that dwells within the confines of existence, both in this realm and the next one. The name is a landmark of consecration and respect. A sanctuary of shadow lay out before us.

In cultures around the world, different realms are explained. For example, in Buddhist cosmology, there are six realms of rebirth and existence. They are listed as; gods, demi-gods, humans, animals, hungry ghosts and hells. In another space, there is ten worlds which we must pass.

Now if there is a hell, certainly a werewolf would know the way. After all, they have experienced a rebirth in the same life they currently live. Perhaps they have caught sight of hell fire as they transformed by cause of Mars, in a red rage. Or maybe they only exist at the most unthinkable time of the year, Halloween.

We can exist in the universe of time in how we project ourselves into the skies, here on Earth or somewhere far below. It is written about numerous times in many spiritual words of wisdom. You are the magician.

Now surely due to the mirrored ways in which the universe works, if there is Werewolf Hell than there has to be a Werewolf Heaven. One who demonstrated a morally superior character may find their selves rewarded by karma one day.

A beautiful paradise lay out covered in pine trees and moon flower. A fresh flowing stream rushes over canyons and crevices. The moon is glowing and exotic scents can be smelled in the air.

It seems like we are on our own planet. The air is so easy to breathe here. It’s as if no one else has poisoned the environment. There has to be nourishment somewhere, but for now I bask in beauty.

Take heed of the dark night, which mimics the shadows of the nothing verse that gave birth to the something that we reside in for now. The werewolf is a primordial revolution, coming back around like a piece of glass shattering into dust and then re birthing in the flames.

Werewolf planet is not something we can see, unless we have undergone the transformation of time. It will remain hidden until the feeding is here. There are many moons in the universe that could give birth to these creatures.

Yet, where do they originate from? Their supernatural reign on our planet has baffled many. Even the change of the wolf to a dog was extraordinary and we all know the ability of man to manifest any shape that he chooses, should he work hard enough at it.

To you, we give the chase of the morning star rising and falling in a premeditated motion, yet unto less a surprise it does make onto us but for the day we remember. When we look with eyes made to love every creature that exists, than we will see them and join them in this silent séance. Where we summon greatness in our dreams and think messages were erased in the day light, we let go of the stones that we held onto as we moved forward, through the river of life. The valley of dreams.

With the moonlight, we drink unto a new morning, less the water changes us back to men. To mere mortals meant for nothing… To the clay hardening into statues that set as altars before the mighty, so we serve as the foundations of Earth, for what comes before, comes again until it goes away.

But, what will be prepared that is strong enough to stay?