By honor of the supreme goddess of Werewolf Love, I do hereby invite you to a werewolf wedding. Grab your seats beneath the black moon and let the lanterns in the trees guide your eyes to the altar at the front of the forest. This is where the ritual will be performed.

Because werewolf lore is so strictly tied up with witchcraft, we will honor the placements of the universe as one does in destiny, wishing to trust the universe for where it has guided us and work from there. Do not become solomn at your own mortality, but instead live in the moment of change.

Let the wheel of good fortune continue progressing forward without judgment or fear. Watch as the planets are aligning in the galaxies to bring to you your tribulations and rewards. Listen to the beat of your heart and set it free into the sky, release it like a butterfly blessing the lovers walking down the aisle. 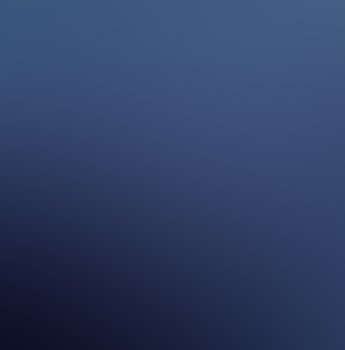 Falling in love with a werewolf is quite a task. First and foremost, you would be most attracted to someone that gave off some type of pheromones, energy and was in the right place at the right time. For a werewolf to see other werewolves, they would be in an unrecognizable form in the times that they were human, so how would they ever find each other again?

If a werewolf, as a human loves somebody else then they would have to hide their secret lest they let someone else be trusted with their lives like that. What type of person would a werewolf be attracted to anyways? Someone who was loyal, affectionate and intelligent.

Maybe there is a werewolf community that exists where there are arranged marriages. It could be for reasons that do not involve passionate love, but instead a relationship where two people focus on being there for each other instead in other ways.

For a werewolf wedding, this author would like to recommend the marriage to be made on a Black Moon. A black moon is the second new moon in a month. New moons symbolize cleansings of past energy and bringing blessings and manifestations out.

The black moon is also known to symbolize the goddess Lilith. Lilith is the demon queen, also known as the first wife to Adam in the Christian bible mythologies. She would not submit and chose her own feminine darkness shadow over her light self, thus materializing a cursed impression, as she represents the deep side of love as passion, desire and lust.

You could say in her ways she acts with authenticity, thus, giving her to the valor of truth & victory. She is everything scandalous, occult and beautiful on the dark side of the moon. For werewolves, Lilith represents the hidden magick of Heaven.

According to the myths of the internet, there is multiple speculations about the nature of a Werewolf pregnancy. Some say that the pregnancy would gestate for three months and then birth, but if it happens to be by a human woman, she is doomed. Others say that the pregnancies will never carry to term because once a werewolf changes during the full moon, it will use the fetus as fuel for transformation.

Still, there is speculation from many about how this entire process could play out. I believe that a human woman could probably be the best bet in birthing the werewolf baby creature. Although, I am not so sure that the creature would be a werewolf, but instead some type of hybrid creature or mostly human. There is also the case of lycanthropy being genetic and therefore able to be passed on, but not guaranteed.

Of course, there is also a spiritual birth that each one of us faces. At the moment our soul is born, we feel awakened, alive and powerful. A person can have multiple souls or recreations of themselves per say, but a werewolf who is the offspring of a highly evolved species would have some pretty amazing inspiration to build from.

As the sun rises, so to it must set. Let the embers of the night relight the sky in the morning as the breath of life raises them from the dead. Let the moon glow with a subtle light to illuminate the path of the righteous who waken in the silence of the sun.

The darkness is a color of blue that bleeds from the true heart, before the blood hits the oxygen of this dimensional renaissance. It is an emotional shade premade by Neptune, a far off family our moon has. Jupiter expands in a graceful book unfolding, like raindrops on the surface of our planet.

Let us wed each other in holy matrimony like we are the brides and grooms of a paranormal dancer, who moves in and out like a tide, a revolution of progression, towards another galaxy. Let us become one entity, as partners, like gates of love, to Heaven, to Hell, where we return as the sun does and flow like a fire river into an abundant land of immortality.