UFODigest.com » Aliens and UFOs » What Did Dr. J. Allen Hynek Believe About UFOs in 1967: And When Did He Say It? Part II 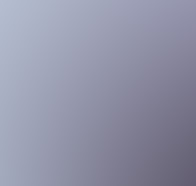 What Did Dr. J. Allen Hynek Believe About UFOs in 1967: And When Did He Say It? And A Philosophical – Psychological Debate: The Debunkers: And The Telling of the Curious Case Of Moriarty Wild: The Man behind It. Part II

“The power of imagination makes us infinite.” John Muir.

“I didn’t arrive at my understanding of the Fundamental Laws of the universe through my rational mind.”  Albert Einstein.

“But everything has its beginnings, and we selectively pick November 24, 1967 when the public and Forteans went to listen to Dr. J. Allen Hynek’s lecture on his investigations into the UFO phenomenon as he spoke at  the St. Louis Washington University Graham Chapel (“The UFO As A Scientific Problem”). I had taken note of and later presented his comments in my small fanzine Dissenter/Disinter, also marking Hynek’s comments that he was beginning to suspect that the oddities in that phenomena indicated a metaphysical or psychic aspect in its nature….Wild….shocked me at my front doorstep ….saying that I was a ‘liar'”….” (Steve Erdmann, Part I) The analysis as to what led a youthful ‘debunker’ to attack an early record of Dr. J. Allen Hynek’s sayings continues…….

Hynek said in the Cincinnati Horizons Magazine of October 1975: (If we were to be space visitors) “We might condition them slowly, make appearances, and do strange things…But we surely wouldn’t travel the great distance involved to do prankish things like stopping cars and frightening animals.  It would make no sense.”

The October 4, 1975 issue of Nature contained an interview by Ian Ridpath, quoting Hynek: “…not support the idea that UFOs are nuts-and-bolts spacecraft from other worlds….It seems ridiculous that any intelligence would come from such great distortions to do reportedly stupid things like stopping cars and frightening people.  And there are  too many reports.”

Demons are a mainstay in many different religions, and have been used to explain a number of afflictions that befall ordinary individuals, often being victimized for no reason other than their proximity to the malevolent entities. But what are these entities really? Are they simply symbols of the thin sliver of darkness residing within us all? Or could they possibly be actual trans-dimensional beings bent on evil?

A 1975 book co-authored with Jacques Vallee, The Edge of Reality (Henry Regnery Company), recorded Hynek: “One of the differences is that UFOs seem to be under some sort of intelligent control, and natural phenomena are not under intelligent control….they apparently exhibit what would be called theatrics….humanoids….resemble large versions of the Little People….called Elementals in the occult literature….salamanders, undines, sylphs….a UFO is a ‘jealous phenomena’ in that it seems to show itself preferentially in a particular area; a UFO seems to be localized in both space and time….The top scientific brass….military brass themselves didn’t understand it; much too difficult for them, much too complex….I had internal misgivings about Blue Book policies as early as 1953….We need to line up all the things that a viable theory needs to explain; we don’t have anything in the present framework of science that would explain it….on a psychic plane…..signaling that there’s a reality that the physical scientists….aren’t at all conscious of, but exists!….take into account the paranormal phenomena that are being written about and apparently being experienced….why do poltergeists move something….undoubtedly has physical effects but also has the attributes of the psychic world…other universes with different quantum rules, or vibration rates….space-time continuum could be a cross-section through a universe……interlocking universes…same way that a poltergeist can produce very real physical effects…almost tangible….a physiological construct….an opportunity to move towards a new reality….increasing the borders of our awareness….another science and another knowledge.” (pp. 61, 62, 66, 67, 145,189, 199, 240, 257,258, 259, 261,262, 263.)

Hynek was quoted in the June 26, 1976 Daily News of Chicago: “(Are UFOs interplanetary?….) Not likely. It’s just too far a distance to travel….We couldn’t possibly do it with our technology. Of course, there might be a more technologically advanced civilization out there. Maybe they could travel here, but it probably wouldn’t be in anything like a flying saucer….We just don’t have enough information to answer that. Whether they are from outer space, or something even more bizarre than that, like visitors from a parallel reality….”

Exactly 40 years ago, on Nov. 15, 1966, Roger and Linda Scarberry became some of the first people at the Point Pleasant TNT area to see and have a frightening experience with the flying creature that has become known as “The Mothman.”

A June, 1976 published interview in FATE Magazine No. 315, Hynek had a lot  to say: “…(Life in the universe) it does not follow that this explains UFOS in the sense of nuts-and-bolts hardware which is as far as most scientists are willing to go….(why) done entirely on the physical plane?….communication and exploration….not in the ordinary sense….There are other planes of existence ___ the astral plane, the etheric plane and so forth….that space and time are essentially interchangeable. Suppose it was possible to travel in time rather than in space…The new puzzle pieces are being given to us by the whole parapsychological scene ___ ESP, telepathy, the Uri Geiler phenomena, psychic healing and particularly psychic surgery….They clearly are parts of another jigsaw puzzle…there’s going to have to be an interface between these two pictures and this is part of that psychic revolution….This relates to the whole UFO picture; I have come to believe UFOs are part of the larger paranormal picture which has two aspects…physical effects occur apparently without physical causes….’psychic construct’ is a loaded term….modern UFO investigators tend to slough it off….doesn’t belong in our UFO wave. But it does…related to other paranormal phenomena and possibly is part of a slow conditioning process….this psychic construct has the ability to imitate, camouflage or mimic…if you once talk about consciousness and intelligence existing apart from protoplasm….it has paranormal aspects but certainly but certainly it has very real physical aspects…We haven’t come up with an answer. People always seem to want answers and I keep telling them, look, it’s a research problem.  In research you don’t know the answers.”

In an August 16, 1976 People Magazine interview, Hynek had this to say (p. 53): “(Do UFOs come from outer space?) It doesn’t seem possible, but who knows?….People get excited at the thought UFOs might be from outer space. But it would be just as exciting if UFOS were from inner space, from an alternate or parallel reality….through expanded consciousness we were able to come into contact with a parallel reality?…that an entire parallel universe exists in these spaces between the parts of an atom….if the sheer weight of evidence finally forces us….a mighty and unexpected quantum jump.”

Furthermore, an interview with Hynek published in the April, 1977 OUI Magazine (Jerome Clark, Carl Macki), Hynek made his theories much clearer: “One might even begin to speculate that the UFO itself, even though it manifests physical effects, may not be completely physical.  We don’t know. We don’t really know, when a UFO is ‘seen,’ if there is an actual image on the retina….a relationship might be discovered eventually, but in the poltergeist phenomenon we have something that has physical effects without being physical itself….the subject is much more complex than any of us imagined when we first got started in it. It’s naïve to expect a simple solution….something that is far more complex than mere hallucinations or apparitions. UFOs, although they may have no physical reality, can and do affect matter….the universe is not all that simple. Mystics, for example, have always talked about how matter vibrates at different rates of speed, but the scientist doesn’t know what the mystic is talking about….there is a lot that the spaceship concept doesn’t explain about UFO phenomena. You have to disallow or neglect and overlook all sorts of things if you accept the idea that nuts-and-bolts craft are coming here from outer space….the so-called extraterrestrial hypothesis….We’re going to have to broaden our scope and admit other things into our playing field of science….But it would be wrong if we pursued that path to the exclusion of everything else. If the evidence suggests that there is a paranormal dimension to the phenomenon, we’re going to have to pursue that.”

Speaking of the Edward Condon UFO Committee/Report, J. Allen Hynek wrote in The Hynek UFO Report (1977): “The main conflict was whether UFOs were extra-terrestrial phenomena rather than whether they constituted a unique phenomenon….but whether a phenomena existed (regardless of origin)…” (p. 298, Sphere Books.)

At a 1977 International UFO Congress in Chicago, Hynek said: “I hold it entirely possible that a technology exists which encompasses both the physical and the psychic, the material and the mental….there may a civilization that is millions of years more advanced than man….million-year-old civilization may know something that we don’t….I hypothesize an ‘m and m’ technology encompassing the mental and material realms.  The psychic realms, so mysterious to us today, may be an ordinary part of an advanced technology.” 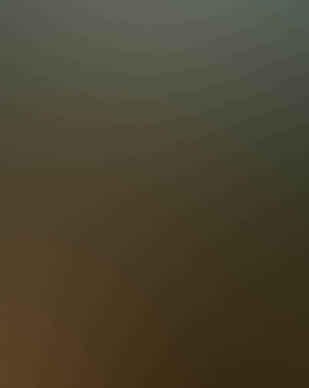 An image that our brain constantly sees and has been universal down through the eons.

In the November 21, 1977 (p. 97) edition of Newsweek (“The UFO’s Are Coming”) by Peter Gwynne and Katrine Ames, Hynek was quoted as saying: “We have the questions, not the answers”. The authors said: “But he emphasizes that speculation should not be limited to flying saucers. UFO’S, he says, may be psychic phenomena and the ‘aliens’ may not come from outer space but from a ‘parallel reality'”:    (Hynek)”….I will speculate that a very advanced civilization might know something about the connection between mind and matter that we don’t.”

During a February, 1985 interview in Omni Magazine, Hynek also said:  “….the UFO phenomena is no longer a physical, but a psychological problem….(visitors from outer space) it’s hard to accept…the E.T hypothesis is untenable, that it just doesn’t make sense to a scientist….several things that render the E.T hypothesis unlikely as well…Cheshire Cat effect…they might even be an interface between our reality and a parallel reality, the door to another dimension….”

Dr. Hynek said in 1985, and recorded on camera: “When the long awaited solution to the UFO problem comes, I believe that it will prove to be not merely the next step in the march of science, but a mighty and totally unexpected quantum leap.”  www.majesticdocuments.com.  www.driventotears.com/html/ufoquotes.

In the December, 1998 Saturday Evening Post Hynek was quoted: “The fourth possible explanation of UFOs is that we are dealing with some kind of natural phenomena that we as yet cannot explain or conceive of.”  www.ufomind.com.

(We are currently trying to track down the verbatim transcript of the Hynek speech of November 24, 1967, possibly someone who tape-recorded or transcribed word for word; investigators are welcomed to help locate same).