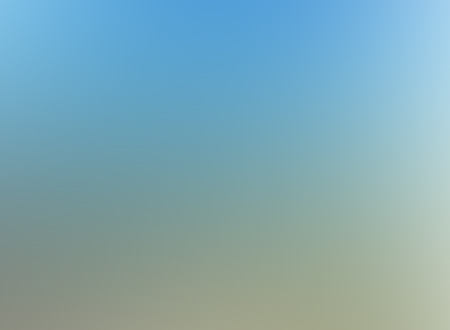 If you missed Part I in this series click here: https://www.ufodigest.com/article/when-ufos-crash-1007

In the 1963-1965 time frames, Goldwater attempted to query his friend General Curtis Lemay, then an Air Force chief of staff, for information about the legendary “Blue Room.” He was quickly rebuffed in strict fashion by the Lt. General. In the 80s, Goldwater seemed to have relented in his quest somewhat, and may have been somehow briefed. The authors added additional testimony about the “Blue Room.”

Crain was present at Wright-Patterson originally by way of the U.S War Department on three occasions from 1942 through 1952. She carried a top-secret “Q” security classification. It, however, was not enough to allow Crain complete knowledge of “Project Caucasian,” suspected to be the UFO crash. A Richard V. Wheeler is suspected to be the officer who allowed Crain to handle a piece of “a space ship.”  According to Crain, the truth about UFOs and crashes was “common knowledge” among the scientists and engineers at Wright-Patterson. Werner Von Braun was one of those scientists.

A good portion of the book traverses the military and government response as an open and curiously healthy Project Sign with its Loedding/Sneider September, 1947 “Estimate of the Situation” that the UFOs were interplanetary craft.

“The ‘nuts and bolts’ crowd was becoming too vociferous at Wright-Patterson,” saiythe authors, “and the fire needed to be doused before it reached a particular hanger.”

The outcome was “total abandonment of any attempt at an objective investigation of the flying saucer situation”: code-named Project Grudge. Resistance by a few scientists led to Project Stork at the Battelle Institute: this eventually followed the ‘official line’: “…statistical methods were no good for a study like this. They didn’t prove a thing…I had written it off as worthless.” (Ruppelt.)

According to the authors, Project Blue Book, which followed the early demise of Project Grudge (Despite Ruppelt’s efforts to upgrade Blue Book as a more serious endeavor), was “simply a front for the actual UFO investigation being conducted elsewhere…” That ‘elsewhere’ was the 4602nd Air Intelligence Service Squadron at ENT AFB in Colorado Springs, Colorado: Project Moon Dust and Operation Blue Fly. “…Blue Book became nothing more than a public relations outfit.”

The “dirty deed” continued through the 1968 Condon Committee and the National Academy of Sciences. “It was maneuvered, steered, and driven precisely to the predetermined destination desired by the Pentagon…the Panel never investigated the UFO phenomena; it simply endorsed the conclusions of the Condon Committee.” (pp. 179-181.)

Remaining chapters outline somewhat how Dr. J. Allen Hynek and various officials continued to be duped, such as Chester W. Lytte and Captain James McAndrew. In the words of Major General Kenner F. Hertford: “I still do not understand the veil of secrecy maintained for the last 45 years of the arrival on Earth of an object with human-like living beings.”

Additional testimonies are spread throughout. Physical descriptions are given from the files of Leonard Stringfield, Dr. Lejeune Foster who examined bodies retrieved at Roswell, Dr. Leon E. Kazarian, who specialized in biomechanics, and was a senior-level scientist with the Air Force Aerospace Medical Research Laboratory at Wright-Patterson in the 1960s and 1970s, was a probable witness, Dr. Leon B. Visse, a French expert on biological elements connected with cellular tissue, did a 1959 examination of alien corpses at Wright-Patterson, among others. John Mosgrove in October of 1979 was party to a dental specimen of an alleged alien jaw bone from Wright-Patterson.

Various critics were dissatisfied for a variety of reasons.  RRR Group said on August 7, 2013: “The hyperbolic account in the book astounds; it is overly dramatic and punchy…sensationalized to make a point that belies reality.”   I am not sure if the book would be any more enjoyable if it was written strictly in the joyless syntax of raw scientific prose; Nothing less than original laboratory documents would satisfy these pundits.  Likewise, TSH said on August 8, 2013 that Anthony Bragalia needed to fully document his findings on Nitinol so “hacks” couldn’t piggy-back-off his hard work.

John Harney said in Magonia Blog that continued crashes could not be successfully hidden (September 16, 2013):  “…if a number of others are said to have occurred then it is just not credible that the truth about them could be concealed….to suggest that every nation where a UFO crashes would be willing or able to keep it secret is utterly absurd.”  Harney talked about witness accounts that demonstrate “….a remarkable resemblance to a mogul balloon rig.”

If UFOs are space craft constructed of exotic, indestructible “morphing” material, why do they damage and crash?  Harney said: “…bits of wreckage were indestructible…somehow shattered when or before they hit the ground…”

“Nohup” had reservations as early as March, 2009: “If this stuff is so strong, how is it that it could so completely fragment enough to spread out over a quarter mile of desert?” The Roswell object has been described as disrupting the earth: “Described as being very light, almost weightless. Then how is it that the ‘ship’ could create anything like a crater or gouge in the hard desert dirt?” 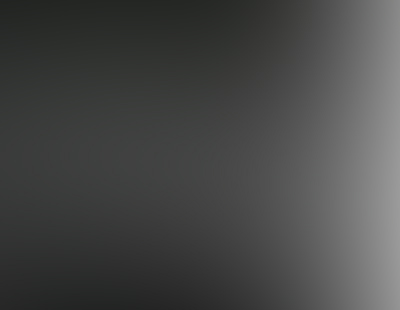 The Roswell material was somehow determined to be in part composed of Titanium, the authors quoted General Arthur Exon: “Titanium and some other metal…(but) the processing was different.” (p. 70.)

To know this, some kind of spectrographic or X-ray diffraction equipment would have penetrated the metal to allow a ‘sample.’ Yet, the metal is described as “indestructible and impervious to external forces.” (p. 65.) Dr. Knox Missaps, a mathematician specializing in thermodynamics, said in 1947: “We couldn’t break it or even scratch it in any way…”  (p. 77.)  Witness June Crain said: “I tried everything I could to tear it up, and I couldn’t tear it. I couldn’t make a dent on it. I couldn’t make a mark on it.” (p. 116.)

Benson Saler, a retired anthropologist from Brandeis University, and co-author of UFO Crash at Roswell: The Genesis of a Modern Myth, said the lack of solid evidence demonstrated something else: “…we don’t know of any empirical evidence to support the idea that it crashed, (rather we are seeing) the development of an American myth that was unfolding right before our eyes.”

Investigator Anthony Bragalia, did believe a crash occurred, but that there could be no single reason for the crash. He mentioned that forensic examiners and failure analysis experts often attribute accidents to multiple causes, a convergence of events. “Roswell’s crash was caused by an amalgamation of things,” said Bragalia.

Roswell remains an amalgamation of questions: questions that will continue to be raised: the answers will only arise with a convergence of new facts.