UFODigest.com » Aliens and UFOs » WHEN UFOs GET TRICKY 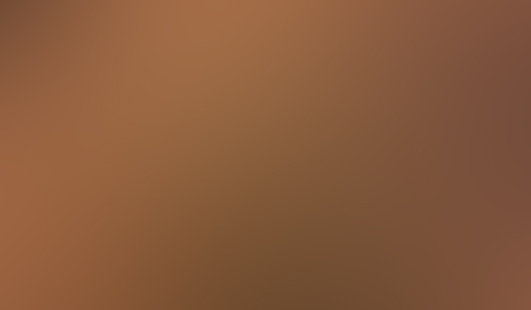 George P. Hanson portrayed the paranormal, Psi, parapsychology, ghosts, UFOs, and all the monsters that seem to be associated with this arena in complicated detail in The Trickster and the Paranormal.Hansen, formerly employed in parapsychology laboratories for eight years, three at the Rhine Research Center in Durham, North Carolina, discovered the Shadow Reality of what appears to be behind these global specters.He believed there are various stages we must go through to discover their origin: 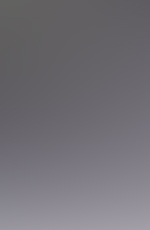 “This recombination of elements is a quality also found in altered (i.e., destructed) states of consciousness,” said Hanson. “Odd assortments of items appear in dreams and in productions of visionary artists.This is perhaps the essence of creativity – producing new patterns, new ways of seeing the world.”

Prevalent themes ran through all cultures as shared beliefs, archetypes, and characteristics.Hanson called these repetitive, and often contradictory, characteristics and identities of “the trickster” as scornful. “…tricksters typically engage in deceit…tricksters often disrupt things.They don’t fit in well with the established order.They violate taboos, sometimes so severely that they are forced to live apart from others…deception, disruption, reduced sexual inhibitions, and magical Psi, supernatural practices.”

The concept of the trickster ran as a gamut of lore and beliefs: Hermes of the Greeks, Loki of the Norse, Eshu-Elegba of Africa, Mercurius, and a whole pantheon of gods, goddesses, shamans, and legends. It included mysticism, magic, UFOs, conjurors, and a host of “unbounded phenomena,” as spoken by Hanson, which further included Big Foot sightings, cattle mutilations, UFO flaps, Men in Black, phantom helicopters, and even stranger characters.

“Unbounded phenomena are messy; gathering reliable information is difficult, and trickster manifestations are acute,”said Hanson. “These factors conspire to discourage scientific investigation, despite the intriguing response.”

“Another drawback to studying such phenomena is that they intrude into the personal lives of investigators. The full impact of this perhaps cannot be appreciated unless one has had direct experience.”

Hanson saw the conflicts of belief that lead to the manifestations of the ‘trickster’ in the structure of the paranormal-related organizations such as the Committee for the Scientific Investigation of Claims of the Paranormal (CSICOP). Hanson described CSICOP ingredients:

“It is structural rather than anti-structural; it values hierarchy over communities; it desires stability rather than liminality,” said Hanson. “Nevertheless, because it directly confronts the paranormal, it cannot escape a certain influence from it, and as I will show, the trickster manifests with both the supernatural and its opponents.”

Hanson said that such CSICOP-type debunking was a component of the trickster conflict.The supernatural was rich in all cultures. Slogans such as “extraordinary claims require extraordinary evidence” will not effectively eliminate the supernatural. Hanson said that it was from such a rich soil of the ‘‘energetic, unconscious, archetypal process” that utilized “taboos” which gave birth to the “trickster.” Many other organizations shared and bonded with these same characteristics: clear anti-structural Psi, disorder and deception.

“Doty really couldn’t have been overlooked,” said Hanson, “after all, Linda Howe had published accounts that raised serious questions, not just about the Air Force, but particularly the AFOSI…and Vallee too raised questions about AFOSI.”

Cecil B. Scott Jones had “multitudinous connections” to “unbounded” phenomena. Jones had exceptionally connected associations in government circles. He also had intimate contacts to New Age, Psi, and UFO topics. He served as president of the American Society for Psychical Research (ASPR).

“Jones was not a marginal individual,” said Hanson. “he had access to the highest levels in government. He associated with some of the wealthiest and most powerful people in the world. In fact, some of them financed his activities (1992).”

Hanson went on and tied a long trail of personalities: Bruce Maccabee, John Alexander, Karl Plock, Ed Dames, James Oberg, and several others. All were contributors to the fray.

“Most people think that UFOs, remote viewing, and cattle mutilations are entirely separate domains,” said Hanson, “and when these marginal topics are blended, establishment academics and journalists are repulsed. But the mixture is an ideal exemplar for his book. It displays boundary blurring, marginality, and deception, which are trickster characteristics.”

(Current and present-day “players” would have included controversial personalities such as David Icke, Alex Jones, and Edward Snowden: the list would seem endless as the spirit of such phenomena would be continuous.The troupes are far beyond Hanson’s or my directories.)

(The Alex Jones Show was a nationally syndicated news/talk show based out of Austin, TX. The show was syndicated by the Genesis Communication Network on over 60 AM and FM radio stations across the United States, and had gained a large internet based audience. Jones’ mission was to re-ignite the spirit of 1776 and stand as an example of the fact that one man can build a vocal media platform without the aid of big corporate news networks that only serve to compromise and dilute the core message of freedom and liberty.)

(In 1999, Mr. Icke came out with his most famous book, The Biggest Secret.This book established the central tenet of Mr. Icke’s philosophy: that the world is run by a race of reptilian aliens that can change their shape and appear to be human, and that the world’s political, economic and social systems are a colossal conspiracy by these evil aliens to enslave mankind. Over his various series of books and lectures, Mr. Icke has expounded on this theory, weaving a complicated science-fiction history of the world wherein these aliens have been breeding humans since ancient times.)

(Edward Snowden was the man responsible for leaking information about secret government cellphone surveillance. He was a 29-year-old former CIA employee and NSA contractor. He was thought to be one of the most significant intelligence leaks in American history.)

PART OF THE PHENOMENA

Hanson denoted hoaxing as part of the deceptive fabric. He talked about the UFO phenomena as more than “nuts and bolts” aircraft and “flesh and blood” humanoid occupants.

“UFO phenomena are fundamentally liminal, interstitial, betwixt and between, and anti-structural. UFOs inhabit the realm between heaven and earth (a binary opposition),” said Hanson, “much like spirits and angels, and they share common properties with them. In this domain we also find the blurring of imagination and reality, another binary opposition.” The field is both a goldmine and a cesspool, according to Hanson, but all outlined the “field’s complexity.”

High-profiled witnesses allegedly observed the purported UFO abduction of Linda Napolitano (Cortile) on November 30, 1989.The case was a complicated abduction story of Napolitano from her apartment in lower Manhattan. Undersecretary General Javier Perez de Cuellar, along with two hired bodyguards, was an alleged witness. Another witness, by the pseudonym Janet Kimball, claimed to have witnessed the abduction.The principal UFO investigator was UFO researcher Budd Hopkins, who administered hypnosis.

Hanson and other investigators became suspicious of the tale because of the many inconsistencies. Hopkins’s methods, said Hanson, were suspected as inappropriate. Speaking of the suspected hoax, Hanson said:

“The Napolitano case was not a technically difficult or expensive operation, nor would it have required a lot of time or coordination.”

Perez de Cuellar denied knowing Napolitano. Janet Kimball refused to cooperate. Hanson detected a strong “will to believe” among the people involved (pp. 258-259). “…in many minds,” said Hanson, “the distinction between the hoaxers and the hoaxed is blurred, this being a subtle effect of the trickster.”

The trickster, as Hanson had detailed, existed in an exotic world of ritual clowns, the collapse of cultures, magic tricks, scattered and incoherent happenings. “This is indeed how the trickster appears in our current rationalistic paradigms,” said Hanson.

PART II of this article will continue tomorrow: Monday April 21, 2014.