UFODigest.com » Aliens and UFOs » Who else could be on the moon? 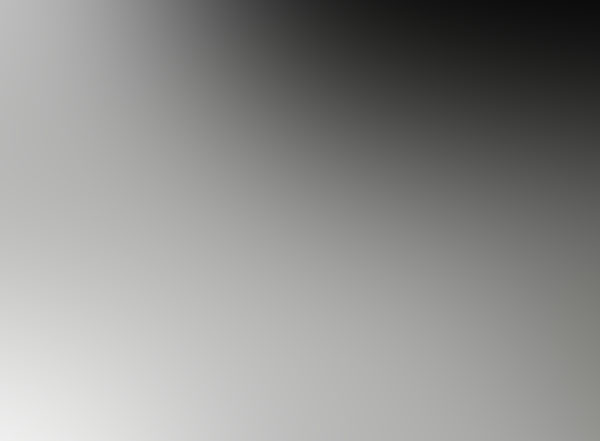 In 1968 Author George Leonard released a book, “Somebody Else Is On The Moon.” This incredible work predates many of the sensational theories and published works that were later to follow by such people as, Richard Hoagland’s seminal works on the Face on Mars which later became a sensation, Erich Von Daniken’s Ancient Astronauts, and even Zecheria Sitchin when it came to the interpretation of an unknown phenomena. This man was a contemporary of John A. Keel, who also was busy shaking up society with fascinating theories of extraterrestrials and Fortean events.

The making of an incredible book

In his book, Leonard describes a fruitful relationship with a NASA technician who allowed him to pour over 100,000 Apollo Program photographs of the moon’s surface. This buddy forewarned Leonard that he would encounter strange things on the photos that were up to him to interpret that did not correspond to the normal expectations of most people. It is hard to say whether or not NASA had begun air brushing or smudging controversial images on the lunar surface at this point, but what George found as he poured over thousands of these photos taken by NASA astronauts was nothing short of astounding!

To properly frame the following accounts given by Leonard as well as his analysis of the anomalous nature of the bizarre evidence that a presence existed on the moon that definitely was not human, we will go back in time. Astronomers hundreds of years ago reported strange occurrences that simply did not correspond to the expectations of scientists who considered our solitary moon to be nothing but a lifeless satellite, devoid of an atmosphere.

One of the earliest known astronomical anomalies was reported by the discoverer of Uranus, Sir Frederick Herschel, who, while using his reflective telescope in 1787 made an astonishing observation. From March to April of that year he reported observing three bright spots, 4 volcanoes, and lights moving above the lunar surface! In 1821 a German astronomer reported blinking lights on the moon. In in February of 1877 a streak of light was observed over the crater Eudoxus it lasted for an hour which contradicted the explanation as being a meteor. In 1940, astronomers recorded 2 medium streaks of light appearing in the crater, Plato. Subsequent sightings of unexplained lights have continued in that crater for years. Canadian astronomers in 1967 made the fantastic sighting of a black cloud over the Sea of Tranquility at its edges was a violet color. Another amazing sighting of a supposed 12 mile long bridge was made by another astronomer on the lunar topography, one that Apollo crews searched for while orbiting the moon years later.

These odd and compelling events prior to Apollo mission photos have led many scientists to a number of discussions over whether or not previously unknown phenomena were occurring or if there was a possibility of activity on the moon. However, George Leonard’s book made a concrete determination that made the case that the most likely explanation was that another more advanced civilization had been on the moon for sometime and were having an impact on the surface according to the myriad Apollo program lunar photos that he was analyzing.

Alien vehicles on the surface

Upon magnifying surface anomalies and studiously hand sketching what he saw, apparently NASA would not let him include the actual Apollo crew photos that he was interpreting to be on the pages of his book, Leonard began identifying individual lunar vehicles that didn’t belong to us. There was what George called the “X-drones” which he claimed were excavation rigs several miles long that were breaking down the edge of craters and constructing some kind of landscaping work. Another such vehicle appeared to be a sphere which rolled along on the lunar surface leaving a trail impression behind it for long distances. These images he carefully transcribed on the image section of his book “Somebody Else Is On The Moon”.

Moon may not be related to composition of earth

George made an amazing theoretical prediction that someday scientists would concede that the moon did not geologically belong to the earth, that it was not a broken off chunk of our world when it was a proto-planet still in a molten, formative, stage that was traumatized by a collision with another planet or asteroid. Some theories that suggested that a very close passing comet or other celestial body with a powerful gravitational field, simply caused a mass from the earth to tear apart from the rotating sphere only to be reacquired by this planet’s own attraction and be captured as an orbiting companion, the largest such moon in the entire solar system. Our moon is the only one in our planetary system that is composed of a supposedly heavy iron nickel core where as other moons are smaller and made of different elements. This being the case, Leonard reasoned, it was more than possible that the moon had been artificially transported by an alien race into orbit around the earth since it seemed to have no geological relationship with the our planet!

There were assertions made by Russian scientists as early as the 1950’s that the Mars moon, Phobos, was a hollow sphere and thus artificial! Why? Phobos is the only moon in the solar system to orbit around its companion planet in retrograde motion and at greater speed than any other such orbiting sphere. Just as the Russians suspected Phobos being of such a peculiar origin so was the moon according to Leonard, long before anyone voiced such an opinion.

Apollo 12 was to conduct a strange experiment in order to take seismological readings of the moon as NASA astronauts had reported suspect softness or hollowness underfoot as they walked on the lunar surface. As soon as the two man landing team had attained a rendezvous with the command module, they intentionally crashed the Lunar landing module into the moon’s surface. The resulting reaction was a spectacular ringing, a resonance that rang through out the entire sphere for 30 minutes after the crash. This effect had never been recorded on earth. Scientists came to two possible conclusions. Either the moon was indeed hollow or there were voids or pockets that were hollow within the matrix of the moon’s subsurface. NASA scientists simply did not want to deal with the possibility that the moon seemed hollow as if it were an artificial spheroid of some kind.

Leonard’s handwritten transcriptions showed a number of odd and unnatural structures and impressions in the lunar surface that were not the product of debris left by Apollo crews, wreckage from past Ranger program satellite strikes, or meteor collisions. So, George’s book simply remained just another thought provoking oddity in the bookstand for years to come, ahead of its time, and simply to bizarre to fit into mainstream accepted theory as most such works are. It was not until years later that revelations revealed by whistle blowers under US government employ, who would validate knowledge of cover-ups of these well known within the organization existence of such controversial photographic evidence and astronaut testimony of lunar artifacts and artificially built structures that, according to science, should not have existed on the moon or elsewhere in the solar system.

Leonard’s assertions of nonhuman activity on the moon would later be corroborated by the exposed existence of the US Army “Project Horizon” by Philip J. Corso as a result of suspected UFO presence on the moon. The US Army wanted to establish a military base on the moon by 1960 predating the Apollo missions. Donald Keyhoe had alluded to this project in his writings as well, but the security clamp put on such forbidden knowledge by the Defense Department and the Pentagon was formidable. With all but one NASA astronaut being military pilots or officers, it was destined to be that such reports of extraterrestrial presence on the moon was going to be successfully hidden if not deemed for slow release to the public over decades.

A recent revelation that tends to verify George Leonard’s book along with his theories about the bizarre circumstances taking place on the lunar surface is the testimony of NASA employee, Ken Johnston, a Photo Data and Control Mgr. was forced to resign for revealing the truth uncovered during tenure for the Lunar Receiving Laboratory. Johnston charged that NASA has been removing images of artificial structures and objects that were of manufactured origin not of this earth for the last 40 years. He along with another NASA, contractor, Donna Hare, an award winning photo slide specialist, and illustrator. She accused NASA of doctoring and expunging thousands of anomalies in photos taken by NASA astronauts for decades! Johnston’s allegations that there is a moon base that is not being acknowledged by JPL or NASA though they are aware of it cost him his job. For years NASA has indirectly  recognized the existence of unexplained activity under the acronym (TLP) transient lunar phenomena, but that was as far as they would go. We are grateful for the contributions of such pioneers into the release of the truth such as George Leonard for exposing a reality that few of us would ever know of but for his efforts.