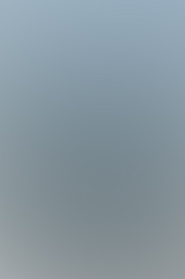 A significant development or event that has constructive effects on the human race is sometimes the topic of theories and hopes.

Some viewpoints propose that this will be the result of tipping points of various kinds related to human progress and improved human consciousness.

In the new NBC TV show “The Event,” we don’t really know what it will be.

That program seems to dovetail with the idea of “UFO disclosure” – that extraterrestrial, inter-dimensional, time-traveling or some other kinds of intelligent beings will make more open contact with humanity, or there will be some public acknowledgment of this situation.

Other views hold that a breakthrough event would be of a more grassroots kind of development. It would not necessarily come from an external source, but would be related to that which is inside human beings or inside our natural environment in some way.

This type of tipping point could involve a more cohesive human consciousness. In such a scenario, ideas like teamwork, fellowship and cooperation would become a more significant characteristic of human thought and feelings. Maybe we just reach more of a consensus on general current events and issues.

We might discover interesting elements of consciousness within our biological beings – in our physical bodies and DNA.

Yet, we could even look deeper. Some ideas about the quantum realities beneath (or above) how our world appears to us on the surface seem to indicate that the nature of Nature holds the promise of transcending certain current limitations. A situation like this could open up different dimensions for us.

There could be many kinds of scenarios that could develop or emerge. Several of them could be, and probably are, related in various ways and could happen together or be linked in some manner.

In the spirit of readiness and preparedness, it could be useful to consider how certain unique or surprising situations might play out.

How would the news media and other communications platforms handle it? Would public safety officials such as peace officers and firefighters be involved? Are special rapid response teams positioned to assist?

And, what would it feel like if a sudden change, positive though it might be, gave us a little jolt?

Happiness, joy, relief, peace of mind, a certain familiarity, increased faith, a heartwarming sensation and other related feelings and physical effects could all be related to a constructive development or scenario that some people envision, or even pray for.

Change can be good and can also create disorientation, uncertainty and anxiety. Even when we suspect that certain changes are needed in our lives or in society, sometimes we still cling to a familiar way things are.

In the case of a helpful breakthrough event, tipping point or paradigm shift, it might also be constructive to focus on those personal and cultural touchstones and basics that keep us grounded and rooted.

If some researchers are correct, the human mind, heart and spirit will all be involved in a breakthrough event along with other elements that we might not be able to fully predict or understand at this time.

We may need to “go with the flow” as an act of faith to a certain degree, while also being more intelligent and taking a good, hard look at what might be going on.

In my second novel, “Light’s Hand,” published in late 2001, I wrote about a possible emerging development that could serve as an example of such a breakthrough event.

That book was a sequel to my first novel, “Mission Into Light,” published in early 2001. Both books focused on the discreet research activities of a San Diego-based, U.S. joint-service team of ten women and men, military officers from the various service branches as well as intelligence community personnel and the main character, a civilian.

Throughout the two-book story, the members of the “Joint Reconnaissance Study Group (JRSG)” conduct various kinds of research into unconventional topics and areas of interest. They attempt to compile and cross-reference connections and common denominators among some of these research areas.

From their office in San Diego, they travel throughout the southwest, looking into certain mysteries. During their activities and operations, they get increasing indications that a breakthrough event of some kind might or will happen.

Then, on an average morning, when some of them are at their home base and some are in Flagstaff, Arizona, their commanding officer is driving to the office in San Diego and a brief segment of the radio news catches his attention.

“And now, your up-to-date news. In Phoenix, Arizona, public safety officials are baffled by an unexplained area of light near the foothills north of the city. Police and fire officials say the unusual field of light was first spotted by a highway patrol officer in the early morning hours. The strange glow seems to be stable, though some of the hundreds of bystanders told reporters that this field of light is getting larger, hour by hour.”

What the C.O. of the Joint Recon Study Group didn’t know at the time was that when he hears this news on his car radio, dozens of firefighters and peace officers have already responded to the scene of this strange field of light in north Phoenix.

The Arizona Highway Patrol officer first saw the light before dawn thought it was a small fire. On closer inspection, he realized it was something unusual, and called for backup from other officers and firefighters. A fire department hazardous materials (HazMat) team was also dispatched.

While the JRSG quickly mobilized helicopters in San Diego and Flagstaff to fly them to the site in Phoenix, local news choppers were also now circling overhead of the field of light. People driving to work on the nearby freeway were stopped alongside the road watching all the activity.

The firefighters and peace officers close to it noted that the field of light seemed to subtly illuminate the surroundings in ways that were different from normal light. Things seemed to have an inner glow.

And it got more interesting. Something occurs that clearly indicates the field is part of some kind of boundary between our world and another dimension we often believe in, but are not quite sure about.

When the choppers carrying the JRSG teams arrive on scene, they land near the desert hills where the field of light continues to gradually expand. They flash IDs and tell officers that they are a federal rapid response team and need to get up to speed about what has been going on.

Even with the open minds they have developed during months of research into unconventional phenomena, the JRSG are truly amazed by what they are told by officers and what appears to be going on.

As the day progresses, more understanding is gained about the situation and eventually police allow the public to get closer to the continually expanding light field.

There is now a new normal, and the surprise of this breakthrough event has passed, now replaced with a new hope about our future.